Devin has been covering high school and college sports since graduating from Marina high school in Huntington Beach in 2006. He began his career as a sportswriter in the features department of the Daily Pilot sports section while attending Golden West Community College. Devin then spent time as a staff writer and sports editor of the Daily 49er, a student-run newspaper on the campus of California State University, Long Beach, where he covered the men's and women's basketball teams as well as the women's volleyball team. While a student at Long Beach State, Devin freelanced for the Long Beach Press-Telegram and the Orange County Register, where he delved into a multitude of different sports at the high school and college ranks. After college, Devin worked full-time for the OC Register as the staff sports writer for the Tustin and Santa Ana community weekly newspapers. There he covered every sport one can think of from boys and girls basketball to football, water polo, lacrosse, baseball, softball and many more. Currently, Devin runs his basketball scouting service, HoopsByUgland, and is a correspondent for a variety of media outlets, including USA Today, Los Angeles Times, LB Press-Telegram, Lindy's Magazine and Open Gym Premier. Devin played four years of basketball at Marina High and is a member of the school's Larry Doyle Hall of Fame.

See all articles by Devin Ugland

Joel Francisco attended Hacienda Heights Wilson High school from 1983-1986 and played both water polo and basketball. He won a CIF SS title in water polo in 1984 and a CIFSS and California Division II State Championship in basketball in 1986. Joel also played age group and high school basketball with North Carolina standout and NBA player Scott Williams. Following high school, Joel played water polo at Long Beach State and graduated with a Bachelor's Degree in History. Joel has been a history teacher at El Rancho High School in Pico Rivera for 22 years. He has scouted high school basketball prospects for 30+ years and was the West Coast Recruiting Coordinator for ESPN from 2006-2016. In addition, Joel has written for various publications such as Hoopscoop, Basketball Times, Blue Ribbon, Westcoast Elite Basketball.com, and had his own scouting sevice for over 10 years called So-Cal's Finest.

See all articles by Joel Francisco 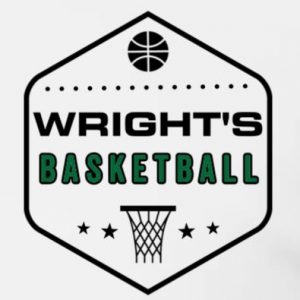 See all articles by Britt Wright

Aaron Burgin is the founder of Full-Time Hoops, San Diego's premier basketball scouting service. In its fourth year, FTH has become the go-to sources of basketball recruiting and scouting information for coaches and basketball followers in San Diego County. Burgin, a print journalist by trade, graduated from the Annenberg School for Communication University of Southern California in 2005 with a bachelor's degree in print journalism. He has reported on high-school sports since the late 1990s, beginning with the Los Angeles Daily News while he was still in high school and including the Whittier Daily News, Porterville Recorder, Riverside Press-Enterprise and San Diego Union-Tribune, where he served as a frequent high-school basketball contributor for "U-T TV." Born in Detroit and raised in Los Angeles, Burgin played high-school basketball for Birmingham High School, where he lettered for two seasons after transferring from Palisades High. He also played high school volleyball, and was an All-League performer.

See all articles by Aaron Burgin