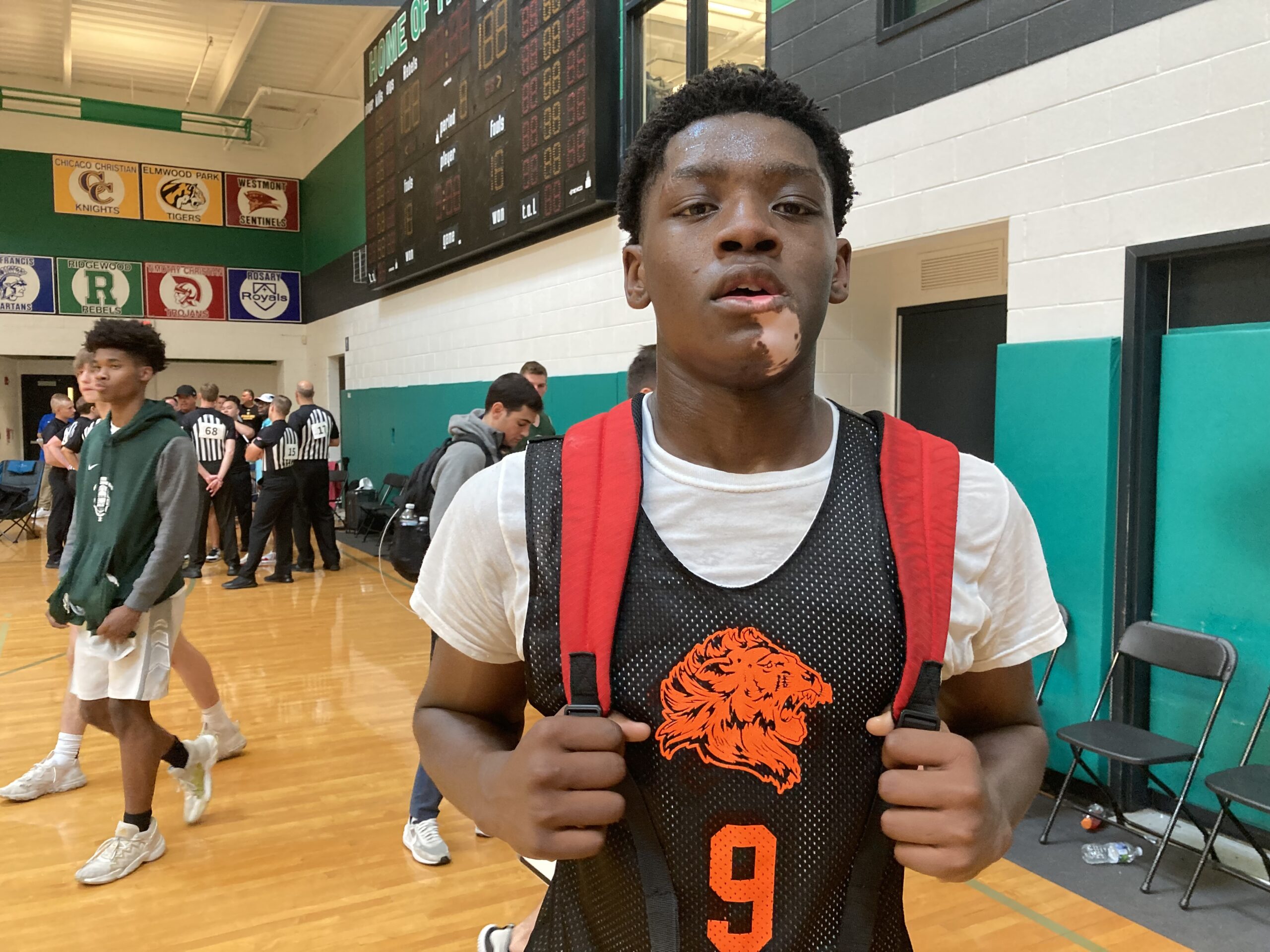 Springfield Lanphier opened up the night with a 57-54 victory over Miller Career Academy.  They have a trio of intriguing prospects.  Up front 6’6” 2023 center Austin Robinson Austin Robinson 6'5" | C Springfield Lanphier | 2023 State IL provided rebounding, defense, and toughness.  Mobile post that rebounds well in his area and finishes with crafty moves around the hoop.  Should make for a quality small college prospect at the next level.  Went for 13 points and 10 rebounds.  In the 2025 class they have a pair of intriguing players.  Really like what long and well built wing Shaunassey Hatchett brings to the table on the defensive end.  He blocked shots, cut passing lanes, and got out in transition.  Versatile defender that can hit an open shot.  A lot of tools to work with.  He had 8 points and 7 rebounds.  Their 2025 point guard JaiQuan Holman JaiQuan Holman 5'10" | PG Springfield Lanphier | 2025 State IL is a shifty playmaking guard that can shoot it from deep and has solid athleticism.  Works well around ball screens changing gears and being a threat to both shoot as well as drive.  One of the better lead guards from central Illinois that presents upside especially if he grows.  Finished with a team high 17 points.  Miller Career Academy from St. Louis was led in scoring by guard Charles Nelson with a game high 23 points.

In the second game it was all Quincy as the host school routed Dixon 65-29.  A pair of wings impressed in Bradley Longcor Bradley Longcor 6'2" | SG Quincy | 2025 State IL and Camden Brown.  Longcor is a top 10 sophomore who is coming off an outstanding season last year.  At 6’3” he has a long and wiry frame.  Liked what he showed defensively using that length to get steals and taking them the other way for scores.  Athleticism was shown off the bounce including splitting a pair of defenders for a slick finish.  Solid passer as a secondary ball handler and can really shoot it from three with a clean shot draining a pair in the win as he finished with 14 points.  Camden Brown jumped off the floor to us in the victory netting 15 points.  The 6’5” shooting guard missed last year with an injury.  Looks like a very legit prospect with size, athleticism, and skill.  Plays above the rim in transition, defended well, and drained a trio from deep shooting it with a lot of confidence and a pure stroke.  Look for him to make a nice debut in the mid-season PHI 2024 update.  Another new name to track is 5’9” 2025 point guard Kamren Wires.  Pass first lead guard that made good decisions on the move and the drive/kick all night.  Junior Tyler Sprick shot it well providing a floor spacer as he drained mid-range shots and a pair of threes for 10 points.  Quincy is primed for a big season with this young core and for the next several seasons.  They have a ton of upside with their shooting, athleticism, and defense.