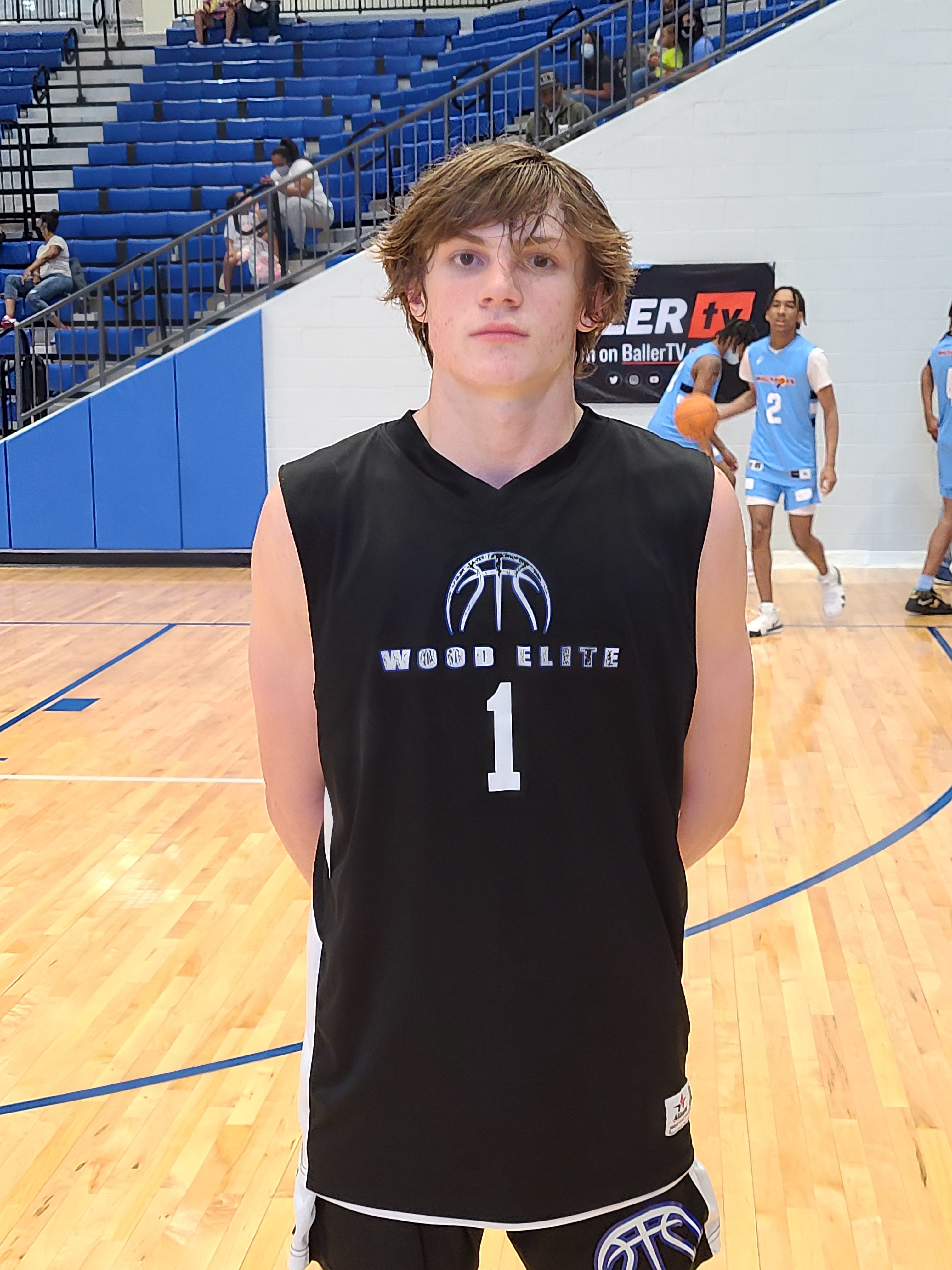 Martin’s three-point shooting will likely always be the first thing thought of when his name is brought up in conversation, but Isaac further cemented himself as a true well-rounded playmaking guard on Tuesday. He nailed 3 threes, but it was Martin’s ability to create off the dribble that really kept Cherokee’s defense scrambling. Martin hit a pair of mid-range pull-ups, hung in the air for an extremely difficult finish with English and used his keen court vision to deliver on the money passes. Isaac excels at driving baseline and kicking to the corner, but also can float in the air in traffic and wrap around assists to hidden teammates. Martin always has his eyes peeled for late cutters. He tallied 20 points, 5 rebounds, 6 assists and 2 blocks, but one thing that doesn’t show up in the box score is his leadership. Isaac directs traffic on the floor and plays with poise. Even after a competitive hard-fought 71-64 win, Martin had the presence of mind to wave off his student section and tell them to retreat back into the stands instead storming the floor and engaging Cherokee players with trash talk.

If they aren’t already, colleges should be on Tayden Owens Tayden Owens 5’11” | PG Cherokee | 2023 State GA . Heading into his senior season, Owens’ consistency has been one of his hallmarks. He’s a three-level scorer with a creative handle and slick passing skills. Owens can break his man down off the dribble and either shoot on a dime or use his strength to finish through the chest of defenders at the rim. What I really like about his game is that he’s not a one-trick pony. Owens will impact games on both ends of the floor and rack up stats with his activity. It took King’s Ridge some time to adjust to Owens’ on-ball defense and lateral quickness. Tayden dropped 20 points, 5 rebounds, 5 assists and 3 steals. Owens should be in play with schools from all kinds of levels.

Pope is another multi-level scorer that can make things happen off the bounce and off the catch. He finished with 15 points, 5 rebounds, 2 assists, 3 steals and 1 block. Cam knocked down 3 threes and was part of the play of the night, collecting a steal and pushing the ball down the floor with his right hand before switching to his left to throw a lob with two men on him to Dastin Hart Dastin Hart 6’5″ | PF Cherokee | 2023 State GA for a slam dunk. The high academic guard is trending with D-III programs.

A senior leader is supposed to step up when it matters and remain even-keeled throughout the game. Hugh Pruitt Hugh Pruitt 6’1″ | CG Chestatee | 2023 State GA gave his team everything they needed in their 60-55 win over North Forsyth, serving as the emotional leader. Following a quick 10-2 deficit, Pruitt went on a personal 5-0 run to steady the ship. When he was aggressive getting to the basket, Pruitt was at his best. He scored on a pair of And-1s and was a go-to guy in the half court. Hugh scored on tough short-range pull-up with 1:01 left to give Chestatee the lead for good. Aside from his steady offense, Pruitt set the tone defensively with his on-ball effort. He moves very well laterally and has active hands when disrupting ball handlers. When Pruitt is able to score like he did on Thursday, he’s one of the best two-way guards in the area. Hugh finished with 16 points, 2 rebounds, 1 assist and 2 steals.