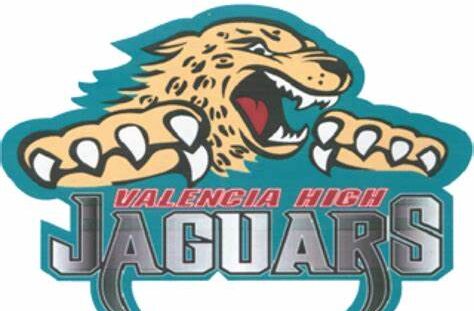 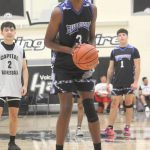 Last Season: Finished 6-20 in 4A-District 5 and missed the 4A Boys State Playoffs.

Analysis: Head Coach Jesse Hathoot took over the Valencia Boys Basketball program last September and just finished his first full off-season. After watching the Valencia Jaguars, a lot this off-season and the past few weeks in the preseason, it’s safe to say this program is heading into the right direction. This roster will be led by Ali Abdullah

Ali Abdullah 6'5" | PF Valencia | 2023 State NM who is a top five player in the 4A Class. He is an athletic forward that spent much time in the weight room over the summer and you can easily see it translate onto the court with his finishing ability. Ali Abdullah

Ali Abdullah 6'5" | PF Valencia | 2023 State NM gives the Jaguars a shot to compete this year. Damian Estrada was a Second Team All-District player last season and is a sleeping giant in the 4A Class who was tagged as the “teams second best player” according to Head Coach Jesse Hathoot. Fernando Enriquez was described as the team’s most true scorer and can score in bunches when he gets going in the zone. Mariano Perea is the perfect floor general for this ball club. He has good vision and instincts as a playmaker. Mariano has improved his outside shot and is going to take the team as far as he can take them. Jorge Zuniga was described as a player who had one of the biggest jumps in his game since the end of last season from his work ethic. His teammates and coaches have total confidence when he’s on the floor running the show on offense. Richie Baca was a good shooter for Valencia last year but has added more to his game. His improvement on defense has become one of his biggest strengths and will play a bigger role this year. Karsen Porter had a great off-season and was called the team’s glue guy. He does a great job hustling on the floor and impacting the game by making winning plays. Carlos Tafoya is a returning player that is a sophomore this season that spent a lot of time on JV last year. He’s been a great practice guy over the off-season and his energy has earned him a place on an up-and-coming basketball program. Adam Madrid had a huge jump in his game from JV and will get key playing time this year. Valencia is my surprise team in the 4A Class this season, their record from last season is skewed considering they played in a district that had 3 of the 4 teams in the final four. Stuff like that will only make Valencia better in the long haul and after what I’ve seen in this off-season and preseason; Valencia is gritty team that plays hard for four quarters. If this team stays healthy, expect them to make a huge jump from last season and play into March this year.