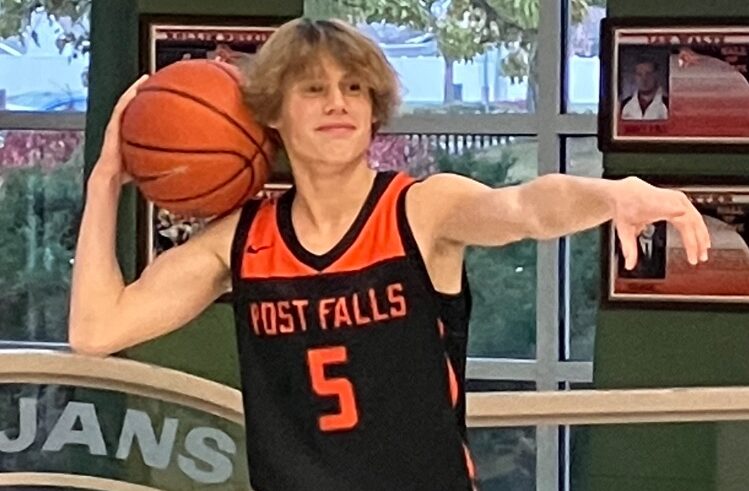 Neil is a scoring point guard for a Post Falls team that had a few games last year that they were in till the end. Neil was a bright spot in that offense as he found ways to score and stretch the floor. Neil is one of the returning players that can really help them improve from a tough season last year. We caught up with Neil as he is set to start his junior year and make a run with Post Falls.

Q: How are you feeling about this season that is almost set to get underway?

A: We put in a lot of work this summer and we play together we will be able to compete.

Q: Who are some players that you think will have a big impact with you this year?

A: Some of the players that I think will have a great year are Cooper Craig Cooper Craig 6'0" | PG Post Falls | 2024 State ID and Asher Bowie Asher Bowie 6'6" | PF Post Falls | 2024 State ID . Cooper and Asher have gotten a lot bigger and stronger so they will be much improved. These two will be a big time presence for us because they have size and they will matchup well against other bigs. On the wings we will have two really good shooters in Tyras Blake

Tyras Blake 6'4" | SG Post Falls | 2025 ID and Steven Anderson. Tyras and Steven not only shoot the ball well but they are great defensively out in the perimeter.

Q: What are some of the things that you have been working on this offseason?

A: I have improved on my ball handling as well as my strength. Both of these improvements will help me finish at the rim as well as my passing.

There are a few school interested in Neil as he puts forth his effort to increase his stock to play at the next level.

Neil has been playing basketball since he was 5 years old. Neil actually credits his dad for teaching him the game. Now Neil really patterns his game after players like Steph Curry and Damian Lillard. The scoring PG should have an excellent year and he is a must watch player for us moving into the season.