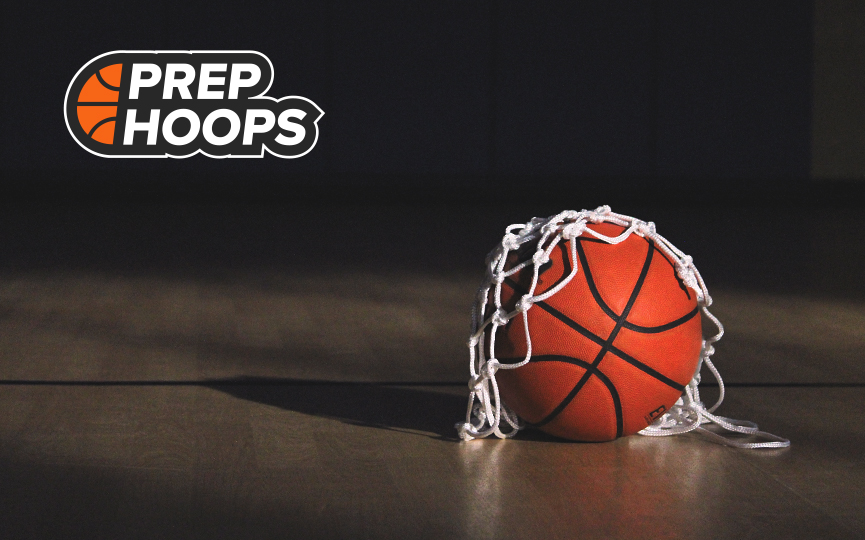 Columbus (4-18, 84.7% of scoring returning): Coach Miguel Villagrana injected some life into a dormant program, winning four games for the first time since the 2013-14 season in which they won six contests. The Wildcats improved as the season progressed last season, shaving nearly four points off of their average point differential when comparing their first 11 games to their final 11, so there is some reason for a bit of optimism heading into this winter. The top two scorers return in senior guard Grant Watson Grant Watson 5'11" | PG Columbus | 2023 State IA (9.9) and junior wing Timothy Hills Timothy Hills 6'1" | SF Columbus | 2024 State IA (8.5), giving them a pair of experienced pieces in the backcourt to build around. Hills is a long, lanky wing who can impact the game on the defensive end, as can senior forward Oscar Alcala (4.0), a springy forward with a knack for blocking shots. This team improved as last year went on, and they bring back a lot of production from that team. Expect them to be more competitive on a nightly basis.

Highland (4-18, 7.0%): The top six scorers from last year’s team graduated, leaving Tyler Thompson (2.0) as the lone returnee who saw any significant amount of playing time last season. He started eight games and despite being listed at just 5-9, was very competitive on the glass, especially on the offensive end of the floor. He’ll be the focal point of the attack early on as the Huskies will be breaking into entirely new pieces.

Hillcrest Academy (15-7, 87.2%): The Ravens bring back their top three scorers from a 15-win team, so expect to see them trying to push Winfield-Mt. Union at the top of the division. Seniors Grant Bender Grant Bender 6'2" | PF Hillcrest Academy | 2023 State IA (18.0) and Luke Schrock (9.6), and sophomore Seth Ours (7.5), are the key returnees for this group. Bender is a big-time, efficient scorer who can fill it up from all three levels. He shot over 60% from the floor last season and can impact the game on the defensive end as well, averaging nearly three “stocks” a game. Ours is coming off a strong freshman season in which he shot 40% from the floor and will pair with Schrock to give the Ravens a strong backcourt. Seniors Jace Rempel (4.1) and Josiah Beachy (3.6), and sophomores Bryce Bailey (1.7) and Liam Schrock (1.5), each saw a fair amount of time last season and will be ready to step into increased roles as well. The Ravens will need to get over the WMU speedbump (they lost all three meetings against the Wolves last season) if they want to claim a division title.

Lone Tree (7-17, 26.3%): Like Highland, Lone Tree was hit hard by graduation, losing their top four scorers. Seniors Mitchell Koedam (4.0) and Drew Gaulley (3.8) are the only returnees to score more than 31 points last season, so there will be a lot of new faces taking the floor for the Lions this year. The good news is that Koedam (22 starters), Gaulley (10), and Tyce Alt (2) have some starting experience and should be ready to step into bigger roles.

Louisa-Muscatine (2-19, 76.4%): The top two, and six of the top seven, scorers return for the Falcons, led by senior Xander Bieri (7.8) and junior Dawson Downing (7.5). Bieri led the team in scoring and rebounding last season and should be ready to take his game up another notch. Juniors Ty Northup (5.2) and Jesse Reinier (4.2) are ready to step into bigger roles as well. Unlike some of the other teams at the bottom of the division, L-M brings back a pretty good chunk from last year’s team, so they should be able to notch a few more “Ws” this season.

Mediapolis (16-7, 57.7%): The top two scorers return for the Bulldogs in senior forward Cole Lipper Cole Lipper 6'4" | PF Mediapolis | 2023 State IA (10.9) and guard Ben Egan Ben Egan 5'11" | PG Mediapolis | 2023 State IA (9.6), giving them a solid one-two punch to build around. Lipper is a 6-4 forward with broad shoulders and good hands that he uses to control the glass, especially on the offensive end, and he has really improved as a finisher around the rim. Egan led the team in assists last year, dishing out 3.7 helpers a game, and is a reliable 3-point shooting threat (37.4 3P%). Junior guard Jackson Hutcheson (5.0) led the team in steals and is a solid secondary ball-handler and decision-maker. The ‘Dogs will have one of the better tandems in the division to build around and should battle for a top 3 finish.

Pekin (9-13, 53.6%): Senior forward Luke Long (13.9) led the team in scoring and rebounding last season and is back for the Panthers. Long was especially effective on the offensive glass last year, pulling down three offensive boards a game, which helped his team gain some valuable extra possessions since they didn’t shoot it very well from the arc (27.0%) last season. Senior Ben Ehret (6.5) and junior Jaedon Wolver (4.3) are the other returnees with significant experience. They’ll need to find a reliable ball-handler following the graduation of point guard Colton Comstock.

Wapello (10-12, 34.2%): Do-it-all guard Maddox Griffin has graduated, leaving a gaping hole in the backcourt for the Indians. Junior forward Jackson Lanz (8.5) is the top returnee after finishing second in both scoring and rebounding last season. An athletic, mobile 6-4 forward, he shot over 54% from the floor last season and protects the paint on the defensive end well. Senior Casey Short (4.0) and junior Carson Belzer (3.0) will likely share primary ball-handling responsibilities. Short is the team’s top returning 3-point shooter, and the emergence of Belzer as a lead guard could allow him to play a bit more off the ball to find shooting opportunities.

Winfield-Mt. Union (21-3, 87.1%): The top three, and five of the top six, scorers return to a team that went undefeated in league play last season. They’re led by a pair of difference-making forwards in juniors Cam Buffington Cam Buffington 6'2" | PF Winfield-Mt. Union | 2024 State IA (19.0, 10.2 rebounds) and Abram Edwards Abram Edwards 6'5" | PF Winfield-Mt. Union | 2024 State IA (12.0, 9.1 rebounds). Buffington, an Iowa football commit, is a 6-2 forward who puts the “power” in power forward. He’s a great athlete who can jump out of the gym, has tremendous hands, and has a non-stop motor that he uses to dominate games on both ends of the floor. Edwards, a lanky 6-7 combo forward, can score inside and out, get others involved (team-high 3.3 assists a game), and protect the rim on the defensive end. His younger brother Jake Edwards

Jake Edwards 6'3" | PG Winfield-Mt. Union | 2025 State IA (7.0) was a solid tertiary option last season as a freshman and will look to build on that success. In Buffington-Edwards-Edwards, the Wolves have the best trio in the conference, and that makes them a heavy favorite to run through the division again.

Analysis: The Wolves didn’t suffer a loss during league play last season and bring back a ton of production from that team. Hillcrest brings a lot back as well, but lost all three meetings with WMU. The Wolves look like a pretty easy selection at the top of the division.

2024 Cam Buffington Cam Buffington 6'2" | PF Winfield-Mt. Union | 2024 State IA , Winfield-Mt. Union: A 6-2 power forward who has committed to play football at Iowa, Buffington is a dominant interior presence for the Wolves on both ends of the floor. He’s tough, physical, a great athlete, and he has tremendous hands and touch around the rim. He led the Wolves in scoring and rebounding last season and is the most dominant player on a team that should be considered the team to beat in the division.