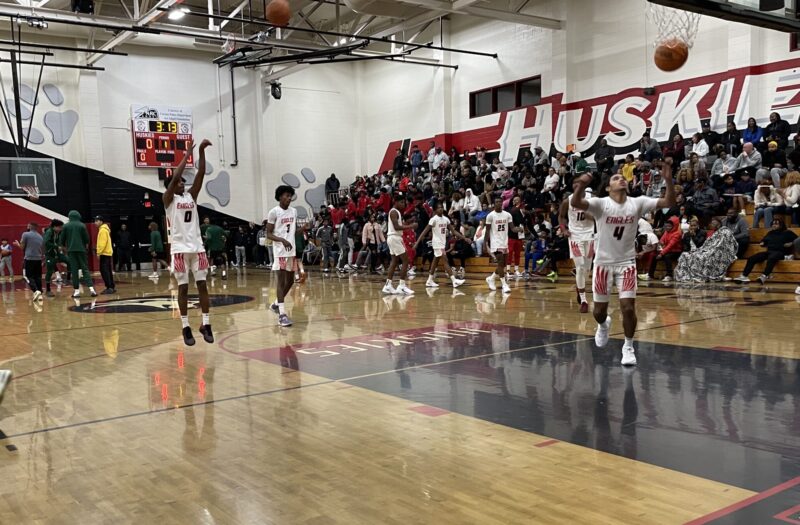 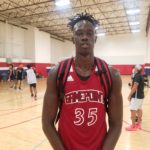 CORONA – Corona Centennial high school played host to the annual BattleZONE Showcase which featured many of SoCal’s top programs and top prospects. There were 11 games in total – three on Friday and eight on Saturday – and we were in attendance for every game of the Saturday slate. Below we break down the players who might not have the recognition now, but should be on everyone’s radar moving forward.

The 6-foot-9 senior is one of the only true big men on Etiwanda’s roster and his presence – and production – will be key for the Eagles to reach the Open Division field that they are accustomed to being in. Hamilton is an active offensive and defensive rebounder who excels in his ball screen defense with his willingness to be loud and communicative in those situations. Hamilton had a couple of post touches and flashed some touch around the basket, but his biggest strength is his energy and effort on both ends.

The defensive-minded guard is a guy the Eagles can count on to apply ball pressure to the opponents’ primary ball handler. Campbell has quick hands, great lateral speed and the mental fortitude to give 100 percent effort when defending the ball. Offensively, Campbell is a good decision-maker with the ball in his hands, uses his speed and quickness to get into the lane, collapse the defense and find open teammates.

Unegbu came off the bench for the Jackrabbits and made is presence felt on the defensive end. The long, wiry and athletic 6-foot-3 guard showed great defensive instincts both on the ball and in help-side situations. The sophomore used his quick-twitch reaction time to anticipate passes and make perimeter catches difficult for his assignment. He also showed the lateral speed and willingness to sit down in a defensive stance to keep ball handlers in front of him and cut off driving lanes.

Martin Gumwel 6'11" | C Rancho Christian | 2023 State CA-S sidelined Amunueke was thrust into the starting lineup and really produced in his starters’ minutes. The 6-foot-4 wing is a pogo-stick of an athlete with the ability to get off the floor quickly for paint finishes and really attacks the offensive glass to create second-chance opportunities. Amunueke’s two-way versatility should make him one of the key players off the bench once Gumwel returns for the Eagles.

Energy and activity are the two things that stood out most about Anderson in the game we saw against Corona Centennial. The wiry 6-foot-6 junior fills lanes in transition and can slash his way to the basket for paint finishes or offensive rebound put-backs. Anderson also stepped out on the perimeter and knocked down catch-and-shoot three’s and showed the ability to put the ball on the floor to attack driving lanes for straight-line drive finishes.