Back to State: 1A Div I Tourney Returners 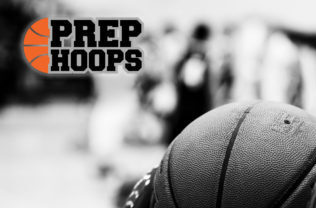 Looking back to last year’s 1A Div. I tournament might give a peak at who will be this year’s frontrunners.

Here are last year’s 1A Div. I tournament teams who return significant pieces:

Can Olpe realistically challenge for a three-peat? Well, they graduated four seniors, but return some key contributors, who know nothing but how to win. The crew is led by 6-foot-1 Truman Bailey, who averaged 12 points as a junior and has come up big in big games. He scored 37 points in last year’s tournament, showing off nice touch from deep.

Is that group of returners enough to bring a third straight title to Olpe? We’ll see.

This team is loaded. The Mustangs return essentially everyone from the club that took third-place a year ago. They have size on the front line in 6-foot-6 center Ryan Kuckelman Ryan Kuckelman 6'6" | PF Macksville | 2023 State KS and 6-foot-2 forward Alexis Barron Alexis Barron 6'1" | SF Macksville | 2023 State KS . They each averaged 12 points per game last year. 6-foot-1 Lance Lickiss is another forward who contributed buckets and boards.

The Mustangs’ stacked senior class includes slick guards Rogelio Ibarra and Alvaro Ibarra. Sophomores Hector Gomez and Diego Esparza had enormous freshman campaigns, combining to average about 16 points and 7 rebounds. They created a lot of havoc, each accounting for more than 2 steals a game.

The Eagles lost a good one in Chance Hilger. He averaged 17 points and 9 rebounds from the guard position. But they bring back 6-foot-3 forward Jace Gosch, who added 12.5 points and 7 boards.

Norwich brings back nearly everyone from the team that went 22-1 before losing a heartbreaker to Solomon. The Eagles will look to seniors Dax Rosenhagen and Camden Smith to carry on the winning tradition.

Troy had the unfortunate draw of Olpe in the first round of the tournament. That didn’t go well. But a group of returners can put that experience to use this season. 6-foot-4 center Jerrit Norris Jerrit Norris 6'4" | PF Troy | 2023 State KS has played a ton over the years and led the team last year with 15 points and 9 boards.

Seniors back for more are Boden Benitz and Reagan Hartman. Juniors Seth Judd and Christian Etherton got a lot of experience a year ago.