10 Best: John A Logan vs Triton 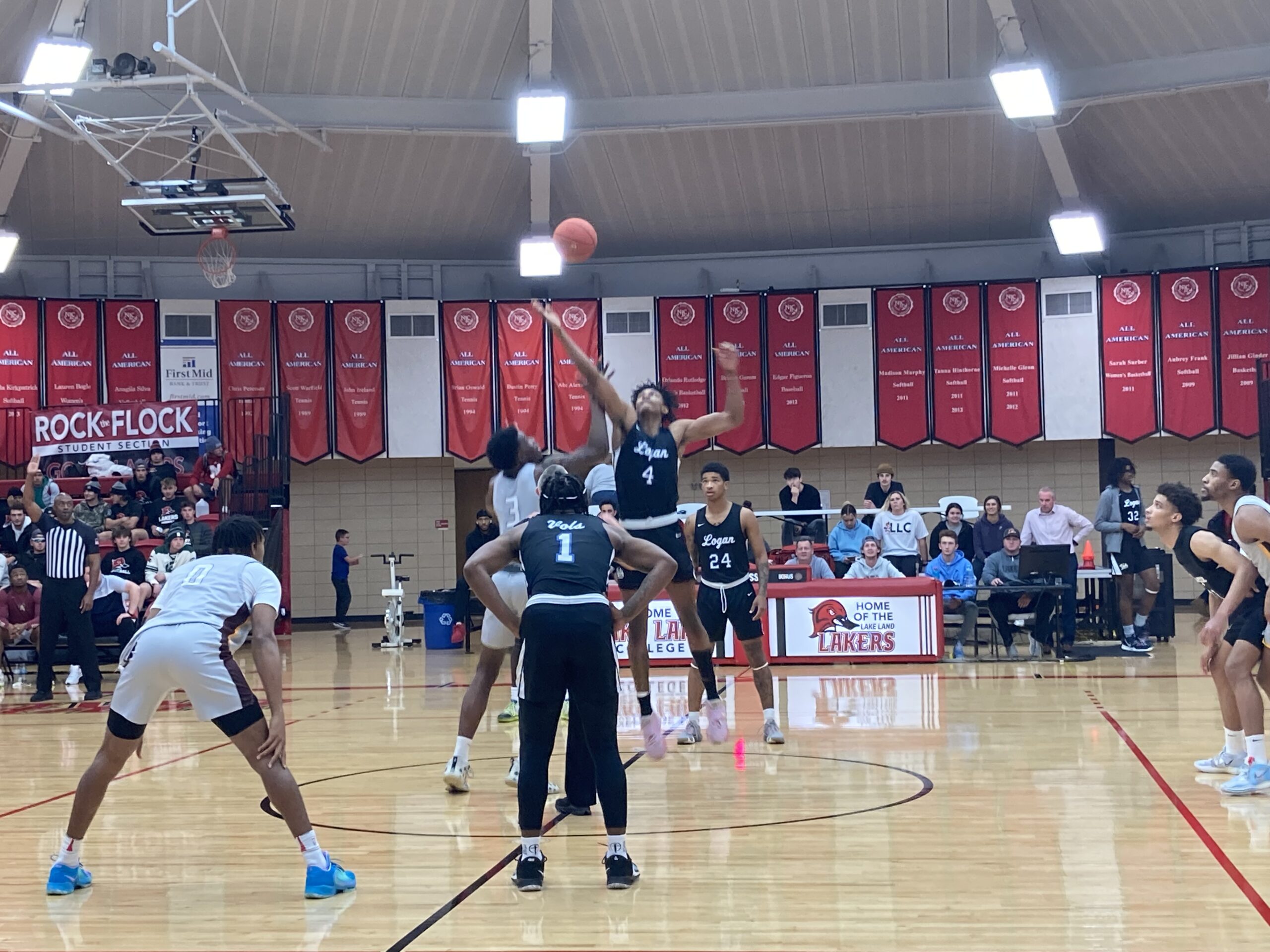 Two of the premier JUCO teams in Illinois and nationally met up halfway in the middle of the state on Thursday night.  John A Logan traveled north and Triton went south to meet at Lake Land CC in a clash of JUCO powers.  Early on Logan jumped out 12 – 2 then Triton got it going getting stops on one end and making shots on the other to make it a one possession game at the half.  The stars for each team traded buckets early in the second half, but Logan had just too much depth as they won it 61-50.  Here is our look at the game from a scouting perspective in 10 Best: John A Logan vs Triton!

Lewis is Logan’s most highly recruited prospect at this stage.  Strong bodied 6’5” shooting guard that has a nice looking shooting stroke knocking in a pair of threes along with a crisp mid-range jumper.  Showed his power as well getting downhill for a left handed finish along with getting to the line.  He had 12 points.  Mid-major prospect that might even have a higher ceiling.  Went for 12 points.

Former Bolingbrook product provided a spark early for Logan.  The 6’2” combo guard played mostly off the ball, but can handle it some when needed.  Smooth mid-range game, got out in transition, and is a sneaky rebounder for a guard.  Made some scrappy plays throughout the game in a 9 point outing.  Low-majors should take a look.

Peterson was really good early, struggled in the middle, and closed strong.  We saw him play back in his Meanstreets days.  A lot of the same qualities are still there for the point guard at 6’1”.  Tough on ball defender that got after opposing guards creating turnovers and put pressure on the Triton guards.  His pick/roll passing was good as he made several great dishes that his bigs and wings converted.  At times he went in the lane where he struggled to finish, but he does have speed in the open floor and hit a key three late in a 11 point performance.  Low-major prospect.

Jones transferred to Logan from Southern Indiana and should see significant college attention at the D1 level if he continues to play like he did on Thursday.  At 6’7” 218 pounds he is a strong and super athletic wing.  He brings a lot of versatility on both ends.  Can guard a variety of positions.  Plays above the rim taking his opponent off the bounce for an off hand and-1 finish followed by a backdoor dunk.  Also drained a clean looking three in a 10 point outing.  Low-majors and mid-majors should check him out.

Debrick had a lot of hype coming into the season.  The former Springfield Lanphier 6’10” 230 pound five man has slimmed down some and his body looks in good shape.  Was a bit up and down on the night.  Dropped some passes early and struggled to score.  Didn’t play with the motor he is capable of.  Later in the game he rebounded well in his area on the defensive end and had a big dunk.  Scored 4 points.  Mid-major post.

Lowndes might have helped himself more than anyone.  Out of Cobden we were huge fans of him, but knew he needed to add some strength and play against a higher level of competition to reach his potential.  Check on both.  The rail thin 7’0” five has added strength to his broad shoulders up front and he is more than holding his own against physical big men.  He was outstanding defensively swatting four shots including three back to back to back.  Excellent rim protector that can also defend in space with his mobility.  High-pointed rebounds and finished well in the pick/roll for dunks.  Mid-major kid that was a qualifier out of high school had 4 points.

Marable was the prospect that jumped off the floor to us for Triton.  The 6’9” post played with good energy and activity using his bounce around the hoop.  Offensively his go to is a left handed hook shot that he put in three times in this game.  Went for 11 points and we could see low and mid-majors looking at him.

Wilson is a freshman guard who we covered extensively in high school.  Quick and shifty guard that plays with speed.  He knocked in a mid-range jumper, three to close out the half, and then took a steal for a layup in the second half for his 7 points.  Potential D1 lead guard after two years at Triton.

This was my first look at the DePaul signee.  Young looks the part at 6’9” with perimeter skills.  He was very quiet in the first half not scoring or making much of an impact at all looking disinterested at times.  In the second half we saw some of the intriguing tools.  Ripped off all 7 of his points in a spurt at the beginning of the second half.  Three off a swing pass, floater, and a pair of free throws.

Strong bodied 6’4” wing from Canada missed several threes early on, but continued to be aggressive.  Shot fake for a sweet baseline pull up.  Shields well with his body to score at the rim.  Also was effective getting out in transition playing off his defense for 6 points.