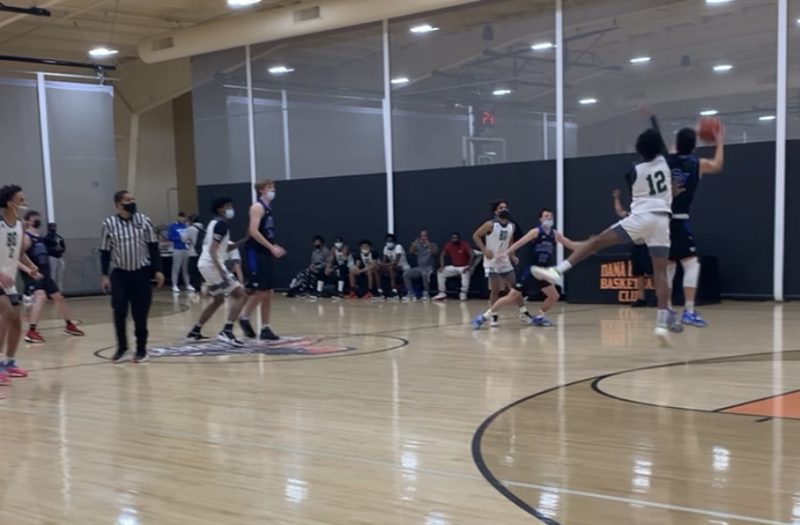 The southpaw Madden had a standout tournament. He helped lead the 10th grade Mass Elite team to win the championship. He showed his clutch gene by hitting a game winning corner three on a perfectly executed side line out of bounds play. Madden also had a few crafty finishes in the lane. Madden really moves well without the ball, and is constantly in motion. Madden is an efficient player, and get to his spots quickly. Madden proved this weekend he is a big time shot maker.

Julian helped lead the Dana Barros team to the tournament championship. The team all bought in and played together.  Julian is a point guard, who sees the floor well.  He can also get to the rim and score or pull up. A skilled crafty point guard, who did a good job this past weekend creating his own shot, and creating for others.

Jonald was all over the floor on Sunday. He made big time blocks on defense, showed he can guard multiple positions and was just overall tough. Jonald is a versatile Forward. He moves well, and has a good inside out game. There is good potential In his game.

Ray helped lead the Bay State Jaguars 9th grade team to the tournament championship. I have reffed his team before, and I was impressed with his game. He has the built of a player much older than him. He has good length to match his skill set. This weekend he showed how he is a three level scorer. He made tough finishes at the rim through contact, he hit shots from the outside, and showed his floater in the lane. Ray had a strong tournament and has a lot of upside as he goes into the high school basketball scene.

Sanchez helped lead the Havoc 9th grade team to the tournament championship. He is a crafty point guard with good handles. He can change speeds well and has a good hesitation and crossover move. This weekend he showed he showed his high motor and his ability to score in the lane and to also get his teammates involved.