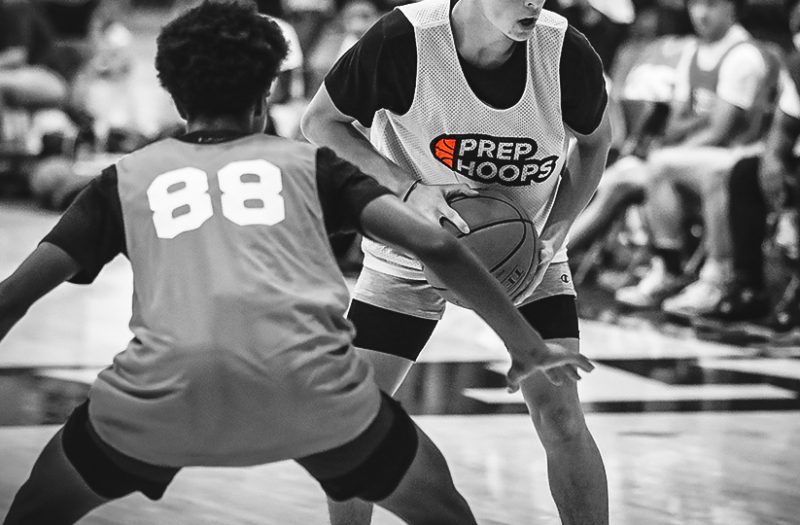 The number of centers in the 2025 ranking is big, but the four on the list stand out. This group could be special over the next three years.

Heights was a juggernaut with several college-level prospects leading the way. But they needed that athletic role player to help them put it all together. Wilkins filled that role, playing center with elite explosiveness. This guy can absolutely leap out of the gym, and he’s an intimidator in the paint. He wasn’t called on to score a ton, so he averaged just 3.3 points as a freshman. But he tossed in 4 in the state semifinal game, followed by 6 in the final. Wilkins provided 4 rebounds and 1.3 blocks as a freshman. His sophomore season will test his ability to step into a bigger role as the Falcons lose a ton of talent.

This guy is huge and talented. He has a fundamental back-to-the-basket game and can overwhelm a smaller opponent. But he can also move inside and out, facing the goal with midrange skills. He can also drop an occasional 3-pointer. He has soft hands and great touch. Facing the goal, he’s got good vision and touch on passes. Goode averaged about 4 points and 3 rebounds as a freshman.

Hardgrave stepped in and was valuable for a young Titans squad as a freshman. He produced 5 points, 4 boards and block per game. He pounds the paint and scores efficiently, knocking down 62 percent of attempts last year. It will be fun to see him develop.

The Huskies had a lots of options in the frontcourt last year, so they didn’t call on Babalola on their run to the state title game, although he was listed on the roster. He’s a powerhouse big man with nimble enough feet to get to a spot and convert in the lane. There just aren’t many kids in high school who can match this kind of power and explosiveness.