Love for the Game Day 2 Standouts 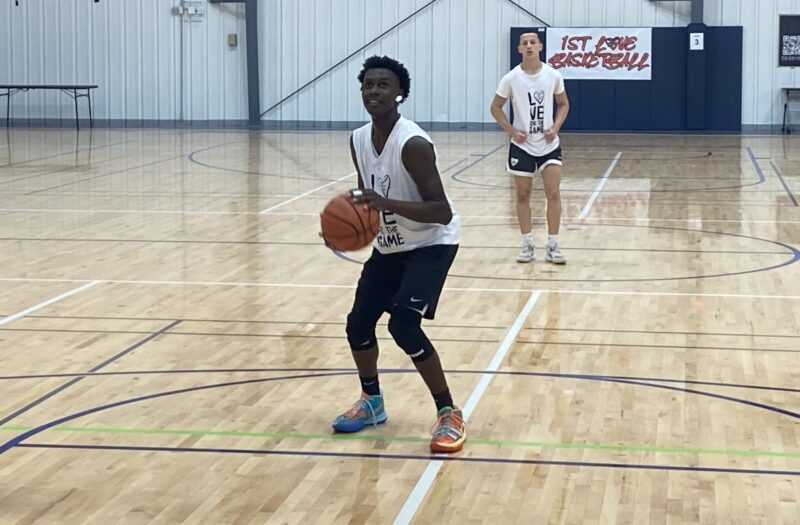 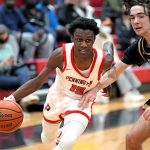 Snead was super crafty yesterday as he made flashy plays all throughout the day. The 6’0 lefty showed off his tight handle as he was blowing by his man and getting to the rim. Snead finished through traffic as he made several acrobatic layups. He shot the ball with confidence on the perimeter and made good decisions with the ball in his hands. Snead’s ability to make plays with the ball in his hands is something that will help his stock in a big way this season.

Garcia made an impact during both days as he helped the White Team go a perfect 4-0 in the Diamond Division over the two days. The 5’10 guard was aggressive at attacking the basket as he consistently got into the paint and drew contact. Garcia played with poise when the ball was in his hands as he rarely got flustered by on-ball pressure and made smart passes. He moved well without the ball in his hands, showing his ability to play off the ball. Garcia rose his stock this weekend with his play, and it should carry over into the 2022-23 season.

Idrovo was lights out this weekend as he buried numerous jumpers from behind the arc. The 5’10 lefty has a lighting quick release on his jumper and made opponents pay for giving him an inch of space. Idrovo moved well without the ball in his hands and made the extra pass multiple times. He did more than just shoot as he also put the ball on the floor and finished nicely around the basket. Idrovo’s ability to knock down shots from behind the arc is something that will help his game in a big way this season.

Ouro had a strong showing over the weekend as he was able to create an impact down low in the Diamond division. The 6’3 forward used his body well to get position in the paint and has a nice touch around the basket. Ouro made a couple of nice post moves and drew contact in the paint. He fought for rebounds on both ends of the floor and held his ground on the defensive end. Ouro is a strong forward prospect who should only continue to get better this winter.

Galasso did a little bit of everything over the weekend as he helped the White team in the Platinum Division dominate. The 5’11 guard played under control as he rarely forced the issue in the half court and ran the offense effectively. Galasso made smart decisions with the ball in his hands and was able to get into the lane routinely. He hustled for loose balls and got deflections on the defensive end. Galasso plays with a motor that doesn’t stop, which will help his game in a big way throughout his varsity career.