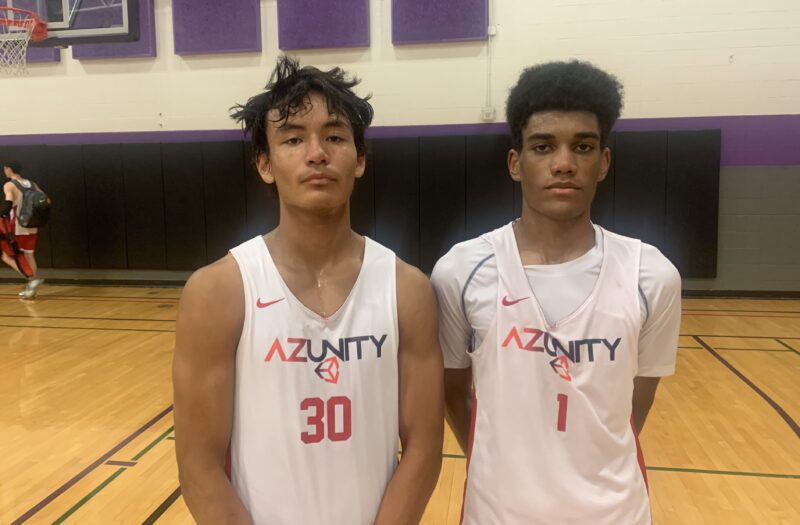 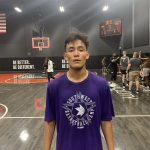 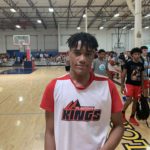 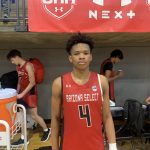 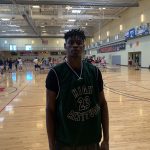 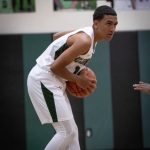 Here were some more of the standouts:

A natural scoring wing who gets hot quickly from the perimeter. He can crossover into a mid-range pull-up and this is becoming his sweet spot. He can step back off the dribble and has huge confidence.

A fluid guard who grew a little. He facialites and can score. He does play an unselfish brand of ball but he can shoot it from the three point line and get downhill with his size. He is a good rebounder and sees plays developing quickly.

A bigger point forward who passes down the court and drove and kicked it. He hits the 3 with range and pull-up from mid-range. He takes long strides to the rim to score it around the post players and will flush it down above the rim.

A good sized point guard with incredible shift. He had defenders on skates almost falling getting to the basket. He had multiple and-1’s to the rim. One thing that jumps out at you is his left hand is just as strong as his right. He takes contact well and will hit shots behind the arc.

A Sunnyslope lead guard sprays the ball around to his teammates. Advance passes down the court, drive and kick and plays the game like you should. He may be the only senior starter on a reloading team for the Vikings.

An effective inside out wing forward can shoot it to the stripe but scores among the post players. He has high motor to rebound in and out of his area and he can be the glue guy for Coach O’Guinn.

A high motored undersized power forward seems to fly gracefully in the air to rebound. He consistently grabs out of area rebounds giving his team extra possessions. He scores predominately around the rim. He has a little turn around that he’s improving with. He is a decent passer and he should have an immediate impact on the team up North.

A scoring guard with a high IQ. He can get hot very quickly from the perimeter. He has an easy stroke from the three point line and relocates to shoot it. He is quick with the ball in his hands and makes good decisions.