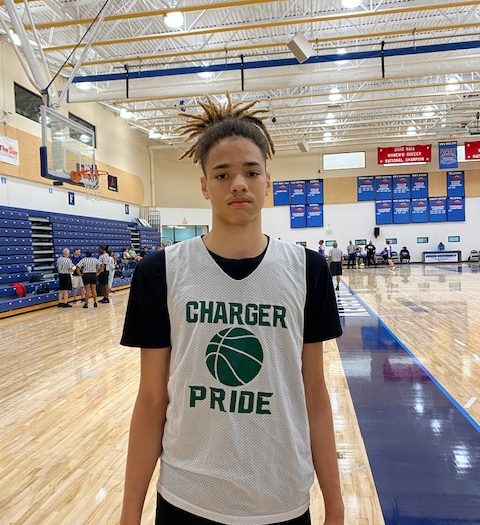 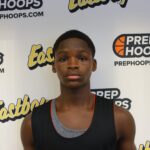 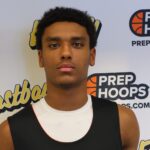 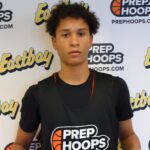 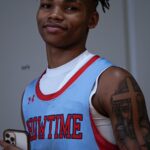 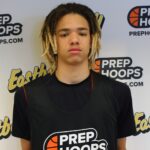 The 2024 class made a statement last Sunday. The guard heavy group has two-way producers, scorers, and many high upside prospects. Let’s get into some 2024 standouts.

Henson is wired to score. He gets deep in the paint and isn’t afraid to challenge the trees when he’s there. The point guard just knows how to find a shot within the flow of the offense.

Schroeder scores with his jumper. The 6’3 guard creates space with his footwork. He can knock down shots behind the line off the dribble. He’s not afraid to crash the offensive glass or drive to the hole. Schroeder did a good job of showing his three level scoring package.

Cornish is so comfortable in Mainland’s gym that it isn’t funny. With his athleticism alone, one of the most talented 24s on the court. He’s a monster on the break that streaks down the court for big dunks. He’s still more of a straight line driver in the half court but can make a move to adjust his defender. Cornish made some shots in the mid-range and from the corners m. Making strides as a jump shooter will be the difference in where he’ll play college ball.

Morris is a big body combo forward. You can see his wing skills in transition with his handling, moves on the go, and tendency to make the right pass. He can take you on the block where he looks like a lineman with light feet. Morris missed Florida high’s state championship run with an injury, but if they want to get back to the final four, he’ll big a helpful piece.

A reliable jump shot off the catch, and the dribble kept Castillo on the court. The combo guard has good size at 6’2. He runs the lane in transition and causes turnovers when the game is fast.

Lanier is athletic, tough, and one of the best downhill playmakers in the 2024 group. Lanier played on both ends while showcasing leadership skills. Expect Lanier to take a leap after the summer he had.

Police passes the eye test with 6’5 size and arms that touch his knees. He’s finally full strength from an ankle injury that kept him out much of the summer and still makes an impact with his athletic tools. He doesn’t need the ball to make an impact as he feasts in transition and as a cutter. Defensively he flies around the floor with the athleticism and length to bother 1-3 and off help side defense.

Yacaman had a consistent afternoon but really popped for me on the last game. His crafty game made him one of the shiftiest players on the floor. He’s not overly quick but knows how to shift defenders with his eyes and sleight of hand. His handle, vision, and overall knowledge of how to play the game will force me to monitor his junior season.

Few players had better shot preparation than Adino. He was ready to pull the trigger whenever the ball was in his hands. The guard plays with great pace, allowing him to get to the rim. He was poised to make a play any time h touched the ball.