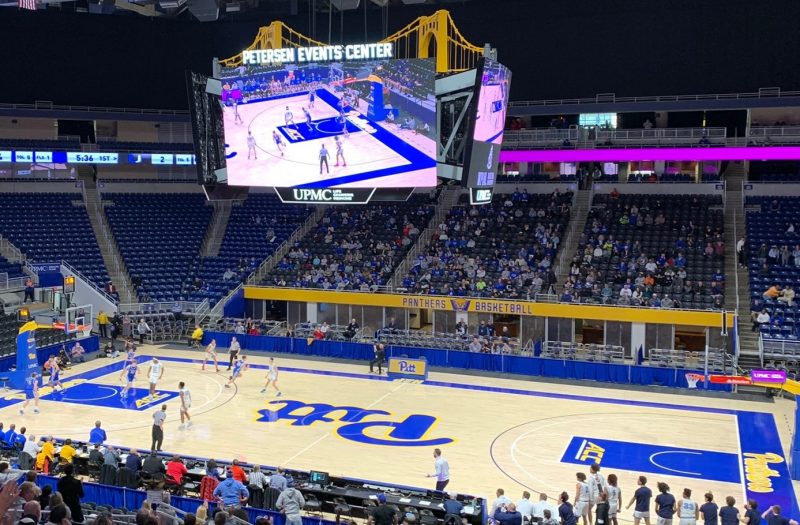 Three members of the class of 2025 and the New Heights Lightning AAU basketball program based out of New York City were offered by Bryant University of the Division 1 level. Meleek Thomas Meleek Thomas 6'4" | SF Lincoln Park | 2025 State PA , Amari Evans Amari Evans 6'2" | SF Bishop Canevin | 2025 State PA , and Amere Brown Amere Brown 5'10" | SG Pittsburgh | 2025 State PA were the fortunate triple threat boys to receive this opportunity. These young men from the WPIAL have been playing together for some time and traveling around the AAU circuit. This definitely looks to be a package deal trying to gather all three boys to the same program. Not a bad idea considering they are all friends, AAU teammates, and talented performers for their respective high school teams. Penn State University jumped into the mix for an unofficail visit for Meleek, Amari, and Amere just recently as well. Moving forward it will be interesting to follow the recruitment of this trio to check out if other schools take the bait and work a similar angle.

Meleek Thomas Meleek Thomas 6'4" | SF Lincoln Park | 2025 State PA , a 6’5 shooting guard from Lincoln Park Charter High School, is a highly touted recruit from the class of 2025. Not only is he one of the best players in Western Pennsylvania, but Meleek is a top recruit encompassing the entire country. One publication has him ranked #11 in the United States and another listing has Meleek graded as a 4-Star performer. With that being said, he is garnering an enormous amount of attention from college coaches as he embarks on his sophomore campaign this high school season for the Leopards based in Midland, PA. Last season he put up terrific numbers and had a few triple-double games against some high level competition in one of the toughest sections in the state of Pennsylvania. Meleek will continue to draw interest as the leader of these three young men, basically helping to promote his two AAU teammates. Amari Evans Amari Evans 6'2" | SF Bishop Canevin | 2025 State PA , a 6’4 wing forward from Bishop Canevin High School in the class of 2025, is a skilled slasher that has developed an above average three point shot to compliment a variety of other attributes contained in his arsenal. He will take on a major role for his high school Crusaders this winter after the graduation of many talented championship winning players. As for recruitment, Amari continues to attract collegiate opportunites after an excellent spring/summer on the AAU circuit. Amere Brown Amere Brown 5'10" | SG Pittsburgh | 2025 State PA , a 5’9 combo guard in the class of 2025 from Woodland Hills High School, will look to be an impact Varsity performer for his team.