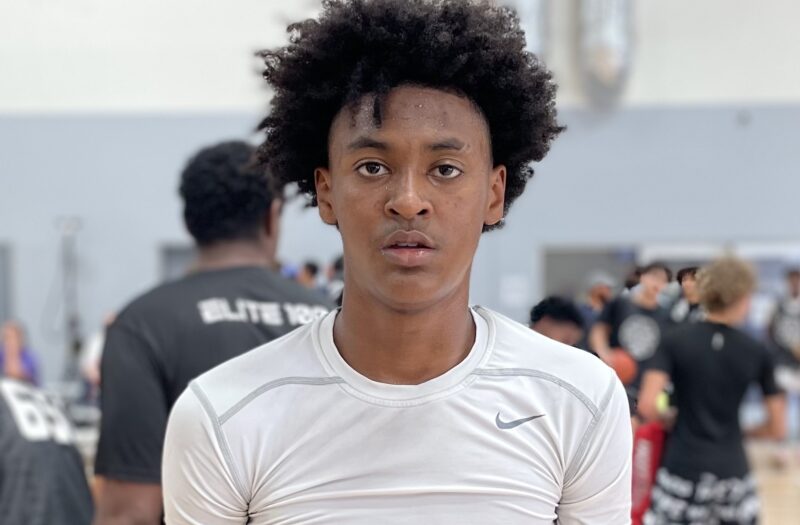 SEAL BEACH — West Coast Elite held its annual Elite 100 showcase over the weekend at AIM Sports Group in Seal Beach, California. The two day event featured upwards of 200 players from across the country. Here are the top playmakers we saw.

DeMarco Johnson, 2025, Southern California Academy – Johnson is a long, wiry combo guard whose ability to play on or off the ball makes him a versatile playmaker for himself and others. At 6-feet-3, Johnson can slash his way to the rim for off-ball baskets, but can also break down a defender in isolation and get into the lane where he can finish around rim protectors.

DeWayne Patterson, 2023, Rancho Mirage – Patterson was a player whose motor never turned off throughout this event. Though small in stature, the 5-foot-10 point guard played with big confidence and energy, especially when leading the break in transition. Patterson had defenders on their heels in transition and used his combination of speed and power to finish through contact around the basket.

Jeremy Williams, 2024, Etiwanda – Williams is a quick-twitch athlete with an explosive first step and those traits lend to his ability to blow-by primary defenders and get into the lane where he can draw help and dish or attack the rim with authority. Williams wasn’t just an offensive playmaker when we watched him as most Etiwanda guards are known for their on-ball defensive prowess.

Matthew Lee Matthew Lee 6'0" | PG Accelerated | 2024 State CO , 2024, Cherry Creek (CO) – The Colorado-based point guard impressed with his smooth and poised ball-handling and ability to beat pressure defense with a simple move or one move plus a counter. In the games we saw, Lee knocked down at least five three-pointers in each, all coming within the flow of his team’s offense despite there being little offensive flow in a camp setting. When not hitting perimeter jumpers, Lee was beating defenders off the bounce for paint touches where he was a willing and accurate passer.

Mazi Mosely, 2025, St. Francis – Mosely plays with impressive feel and pace with the ball in his hands. The 6-foot-4 point guard manipulated the defense with the dribble and with changes of speeds and direction to get to his spots. Offensively, Mosley is best when pulling up for a mid-range jumper or getting all the way to the rim where he uses his length to finish over rim protectors. He also possesses great court vision and makes good reads out of ball screen action.