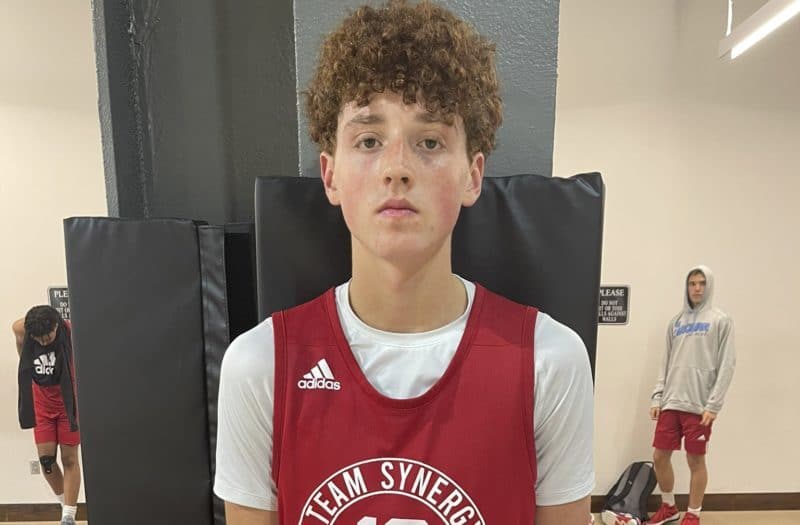 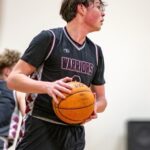 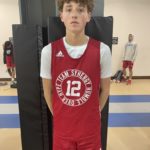 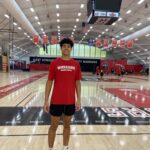 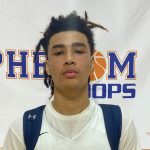 He put together some solid performances throughout the day, making quite a few plays on both ends of the floor by using his athletic ability. He has all the tools to be an outstanding defender and we saw his ability to score the ball when getting out into transition.

Easily had some of the best footwork of any prospect that we saw throughout the day, he can play inside the post or step out and make plays on the perimeter. He didn’t allow himself to get sped up, played through contact, and didn’t force too many plays.

A very intriguing prospect that has a nice skillset and the size that you love to see for a college wing prospect. He knocked down shots from the perimeter, made some plays off the dribble and rebounded the ball at a nice rate.

It’s always nice to see a player that understands their strengths and plays to those strengths and that’s what we saw from Gavin.  He used his size and strength to attack the paint and provided some solid interior scoring for his team throughout the day.

Was one of the better facilitators and on-ball defenders that we saw at camp, making plays consistently by doing many of the things that often get overlooked. His passing ability was one of his best attributes at camp, he made good reads and put teammates in position to score high percentage shots. On the defensive side of the ball, he was constantly applying pressure and using his good lateral quickness to beat opponents to spots.