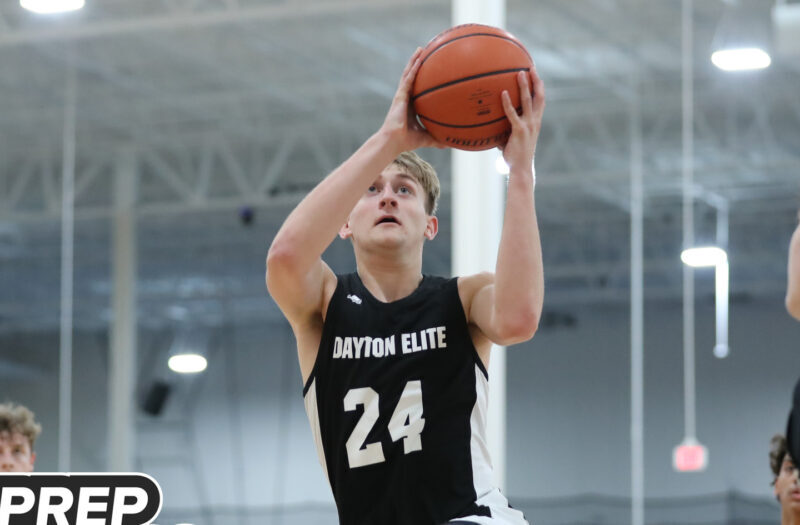 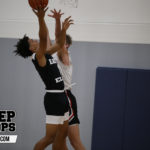 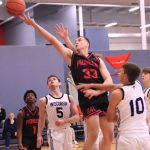 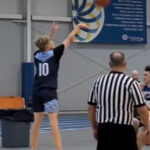 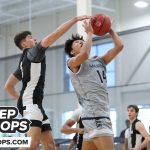 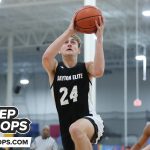 We updated our 2023 rankings and added dozens of new prospects to our list. In this article I’ll break down the top new wing prospects that were newly added to our list. Make sure you check out our other articles about the top new guards and stock rising guards as well!

Golan received his first college spot from Mount Saint Joseph in Cincinnati earlier today, showing that small colleges are interest in the wing forward from Mason. Golan was consistent as a producer for R4L on the Prep Hoops Circuit and is steadily improving. Golan is skilled and can shoot it from the outside and use his wider frame to score around the paint. Expect more small colleges to be interested in Golan this winter.

If you want a shooter, Wilson is your guy. At Midwest Live, Wilson showed me one of the best shooting performances I’ve seen live, going probably around 9/12 on 3-pointers in the game. If Wilson can continue to get shots up at that rate without Cooper Davis next to him, he’ll climb up our rankings. Olentangy Liberty has some quality depth pieces back and could be a surprise team in the toughest OCC conference.

Griffin is a two sport stud for Springfield Shawnee, playing quarterback and safety in the fall. Griffin has good feet and a strong build, likely due to weightlifting for football season. Once again, lifting is important for basketball players and will not mess up your jump-shot, Griffin’s a prime example of being stronger than your opponents being to your advantage. Griffin also surprised me with his feel for the game, being patient when attacking. With Zion Crowe

Galluch is the second Dayton Elite player mentioned in this article and impressed me with his production. Coming from a Division IV school, Galluch has dominated small town competition. Watching him in the grassroots season, I saw some of his college upside be shown. Galluch is undersized for somebody who mostly scores around the basket but can finish with both hands and is super tough in the paint.

Another shooting specialist, Griffith makes this list due to his ability to light it up from downtown. After a surprise run to the elite 8 last season, Archbishop Hoban returns some core pieces to gear up for another postseason push. With Griffith providing floor spacing for their guards to attack the lane, I expect the Knights to be one of the best teams in northeast Ohio next season. Similar to Wilson who was previously mentioned, it’ll be important for Griffith to be efficient as he works next to guards who can create for themselves and draw the defense away from Griffith.