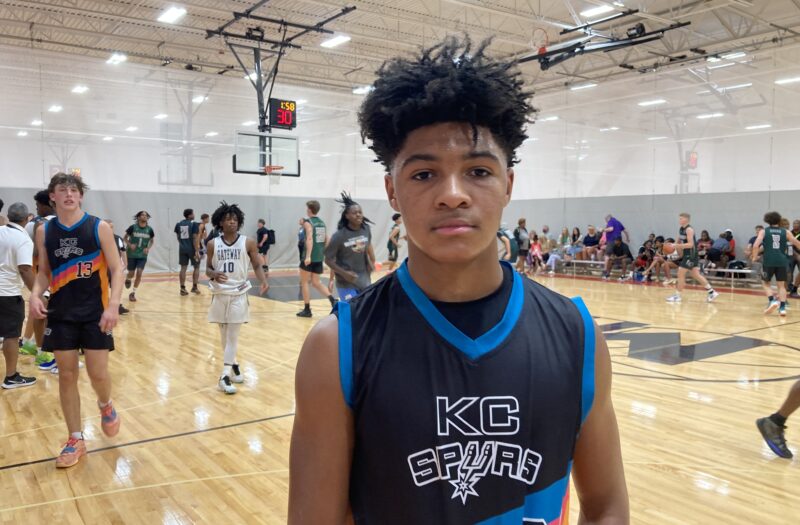 PHI closed out the summer with The Last Dance in Chicago!  We examine the best prospects from around the country position by position including here in The Last Dance: Scotty B’s National PGs/Combos!

King was the man that made EG10 16U go all spring and summer.  Scoring combo guard that has range on his shot and toughness scoring on straight line drives where he got it up on the rim before the big man came over.  Pushes in the open floor and is a capable passer. Look forward to seeing his progress over the next year.

This Minnesota lead guard was the difference maker in their game against Vikings United.  Tough as nails guard that put his head down and got to the rim whether it was the half court or in transition.  Solid pull up jump shooter that has a chance to continue to improve.

Really liked what we saw out of this combo guard from the KC Spurs.  Crisp pull up jumpers, spin moves off the bounce, and makes sound decisions in the pick/roll.  Clear leader of his squad!

Terrance Thomas (The Collective Elite 16U)

This guard from Canada is a crisp ball handler that allows him to get where he needs on the floor to create his shot either pulling up for twos or getting to the cup.  Often made trips to the foul line!

Really liked what we saw out of the combo guard in the rising junior class.  Sound three point shooter that hit an array of threes along with 15 feet shot.  Mixed in several nice drives and flashed some passing feel as well.  Primed to breakout over the next year!

Williams was the man that made everything go for a talented Minnesota Spartans squad!  Sound three point shooter both pulling up and off the catch was where he got most of his points.  Really liked his leadership and overall toughness,