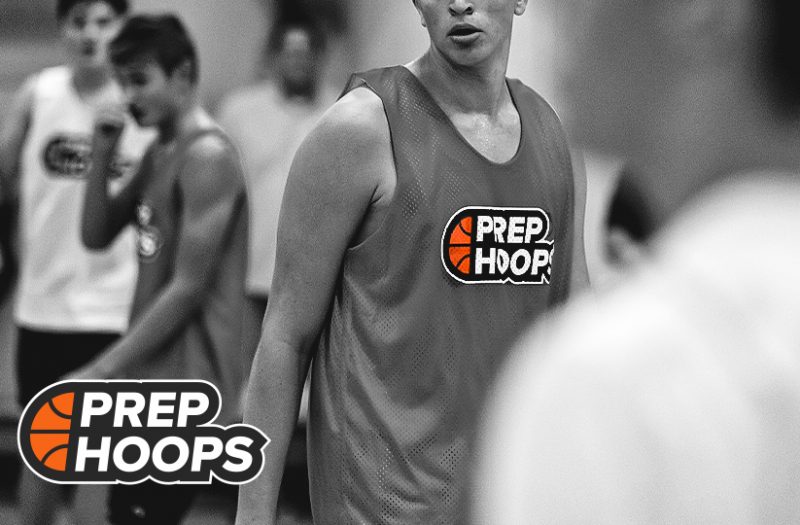 Some young big men we saw in July look to be quickly preparing themselves to make an impact on the high school level soon. Bigs who made good first impressions this summer include the following:

Baker is a big man who should be ready to make a name for himself in the small school ranks. He’s well built and physical, able to bull his way to the basket or hold his spot on the low post. He converts through contact and moves well through the lane and up and down the court. He has the size and skills to make a lot of plays in the post and on the glass.

Davis has the size to dominate in the lane. His thick upper body and long arms are tough for opponents to match. He works hard and uses his body to create space or to bump other bigs off the mark. He played up with 810 Varsity in July, prepping himself for the varsity level this fall.

For a big man, Galle brings some diverse talents to the table. He can put the ball on the floor, and can shoot it from the perimeter. He doesn’t always go to the post, and he showed he can drop nice entry passes to teammates in the lane. He runs the floor hard, making himself a presence at both ends in transition. He has the hands to catch and score on the move.

Hinkle can play all the big-man spots on the floor, and he works hard to defend big opponents in the paint. He fronts posts with his long arms and active feet. He’s a good on-ball defender all the way out to the arc, shuffling quickly to cut off ball handlers. He’s athletic and chases down rebounds in the up-tempo game.

One of the most impressive athletes at local events in July, Kante has an array of elite tools. He is long and lean, able to snake through traffic and explosive enough to play above the crowd. He dunks effortlessly through a crowded lane. Kante can face the basket, put it on the floor or pull up for medium-range jumpers. This guy is athletic and explosive.

Ruder has game beyond his years. Playing up with SSA Hoops Elite this summer, he held his own against established varsity players before he ever set foot in the halls of Hays High School. He has a mature understanding of how to play in the post, and the high-octane SSA style wasn’t too much for him physically. He passes well from the post, scores through contact and defends effectively. Hays is a top program, so there may not be varsity minutes for Ruder this fall. But he looks ready.