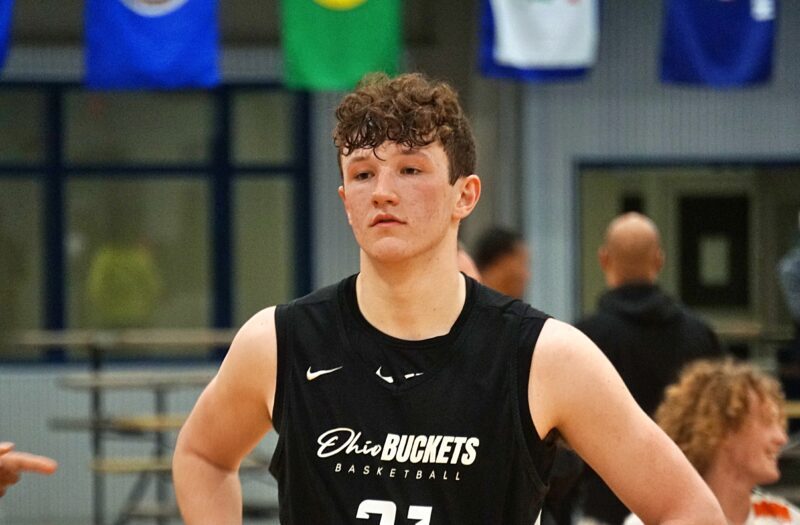 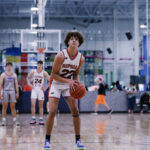 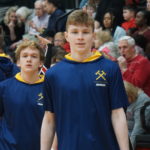 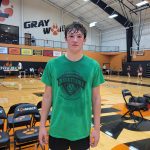 The 2023 rankings update saw many prospects make jumps up our rankings after strong summers on the grassroots circuit. This article will profile the five highest rated wing prospects that moved up in the rankings.

Maxwell played a complimentary role for All Ohio Red this spring and summer which allowed college coaches to see what he’ll be able to bring to a college program. Maxwell can space the floor from the wing and made good decisions with the ball in his hands. Also a good athlete in transition with a head of steam, Maxwell can get up with a runway. Maxwell’s recruitment has gone quiet, not posting a new offer since last August from Radford. It will be interesting to see who snags Maxwell who was previously getting low to mid major interest.

Our highest ranked player on the Prep Hoops Circuit from Ohio, Ayden Carter

Ayden Carter 6’4″ | SG Fremont Ross | 2023 State OH was dominant for Hopson Elite all spring and summer. A top performer at almost every event he attended, Carter uses his athletic gifts and relentless pressure on the basket to score at will in the paint. Carter’s passing is another aspect that always needs to be addressed because he sees the floor like a point guard. Carter has picked up multiple scholarship offers from Division II and NAIA programs and I expect him to be fought over at those levels.

For my money, Beaston is the best shooter in Ohio’s 2023 class. After a great summer for Ohio Buckets, Beaston has picked up multiple Division II and NAIA offers and is highly sought after. Carter and Beaston have established themselves as the top priority wing prospects for midwest Division II schools. Beaston also has some solid vision and has worked to improve his body and athleticism which still need some development. Beaston will get on the floor early simply due to his ability to make outside shots, but he’ll stay on the floor if he improves defensively against more athletic competition.

Wenger had a nice spring and summer for All Ohio Select and is the biggest prospect featured in this article. Wenger is capable of playing either forward position with his modern-day skill set. Wenger plays with good pace and vision and makes shots with a funky over the head release. Wenger is methodical with how he attacks the defense and has proven to be one of the most productive small school players in the state. Look for Wenger to once again have the Dalton Bulldogs competing for a district title in 2022-23. Rio Grande was the first program to offer Wenger and I’d imagine they will not be the last.

I really liked what I saw out of Kronauge for Lakota East during the first live period out in Kentucky. Kronauge has a simple transition to the next level with his ability to make shots from the outside and capability defensively. Watching Kronauge, he seems ready to play at the next level from a maturity and coachability aspect, which is important when players first step onto campus. I expect Kronauge to be a major contributor for the Thunderhawks, who will be battling it out for a GMC title this winter. Rollins College in Florida is the only school to offer Kronauge, as I expect he’ll end up at the Division II level.