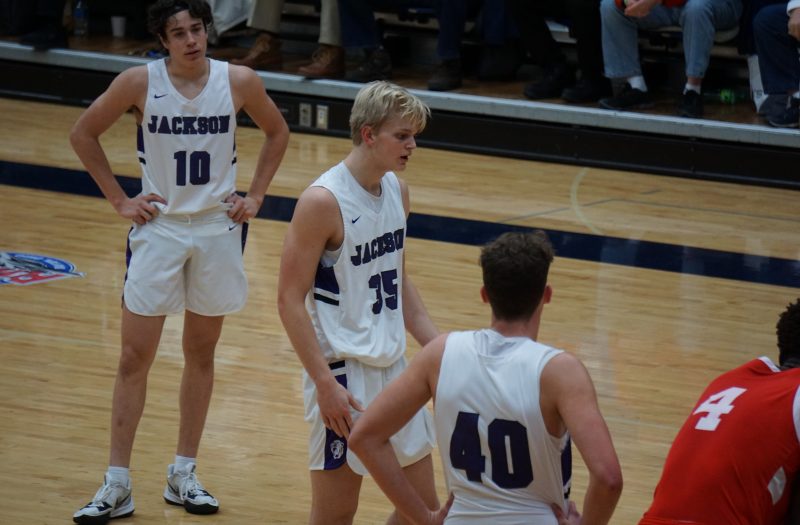 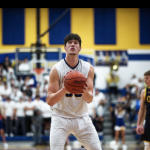 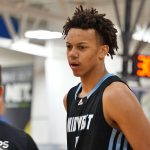 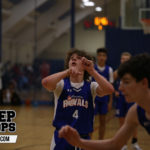 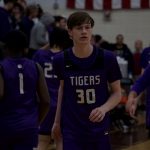 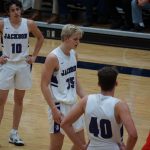 College programs are always looking for size to add to their roster and this article will feature five forwards who are moving up in our 2023 rankings after the latest update.

Hunter has been off the board for a while after committing to Kent State, but moves up our rankings after a solid summer for Midwest Basketball Club. Providing floor spacing at the power forward position, Hunter fits the stretch four archetype to a tee. Hunter also was forced to defend bigs on the 3SSB circuit as Midwest Basketball Club didn’t have a traditional center to battle with the big boys. Hunter also played well with Westerville Central in the month of June but opted to play with Spire to get tougher competition before he enrolls at a college program. It’ll be interesting to see how Hunter is used at Spire as that program has brought in some big names for the 2022-23 season.

Browne is a skilled big who’s drawn college interest in both football and basketball but doesn’t have an offer in either sport. Browne has evolved his game with more perimeter based play, making passing reads from the top of the key and using the pick and pop game. Browne was one of the top players in the GCL-South last season and should have Elder once again in contention to defend their conference championship belt. It’ll be interesting to see how Browne’s recruitment plays out in each sport.

Headings was a prospect who I couldn’t believe didn’t have any offers but finally Rio Grande pulled the trigger on the modern 6’8 forward. Headings moves well for his size, can shoot it from the outside and puts it on the floor. Headings needs to work on consistency because when he’s on, there’s few players as talented in the state. Headings also continuing to hit the weight room to bulk up for the college level will help him get on the floor earlier. I’m intrigued by the skill-set that Headings has and should pick up a lot more interest on the defending state champion Pickerington Central Tigers.

Stonebraker has picked up offers from Hillsdale and Walsh after a strong spring and summer for the Ohio Buckets. From a physicality standpoint, Stonebraker checks the boxes as a forward who can play at the Divison II level early. Stonebraker mostly does his damage around the paint but proved he’s able to work with another big after playing with Austin Parks

Austin Parks 6’9″ | C St. Mary’s Memorial | 2023 State #166 Nation OH . The two sport stud will try and help defend Versailles’ state title on the gridiron this fall, before gearing up for his senior season on the hardwood.

Woolbert has improved since the winter, seeing clear growth in his confidence with his back to the basket and athleticism. After Massillon Jackson graduated a trio of talented guards, Woolbert is the focus of the team this winter. If Woolbert can flash his improved offensive game, you’ll likely see scholarship programs come calling.