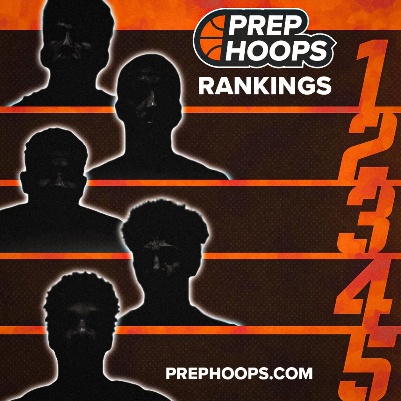 Rankings update season is upon us! With summer basketball in the rearview mirror and high school basketball still out in the distance this is the perfect time to reset and update our rankings. The plan at Prep Hoops Indiana is to release our updated and expanded Class of 2025 Top 100 on Monday, August 8th. On the following Monday’s, August 15th and August 22nd, we will release our Class of 2024 and Class of 2023 updated rankings respectively.

On Friday evening I posted an article that talked about how important, or not, prospect rankings are as part of the recruiting process. I also talked a little bit about the process and some behind-the-scenes aspects of what rankings mean, how they are used, and the process that goes into creating them. You can go back at check out that article HERE. I also asked on Twitter for questions from prospects and parents that pertain to rankings and I will answer those here now. Let’s dive on in!

What is “Watch List”? What do those players have to do/work on to get into rankings?

As a general rule the Watch List is used for one of two things. First, it is a place to house prospects that we believe may be worthy of a ranking but we simply have not seen, or seen enough, to truly feel comfortable putting into the rankings. In this instance it is purely what the name says; it is a list of prospects that I need to evaluate further and decide if they should be ranked or not. Secondly, it is simply an extension of our rankings. Whatever cutoff point we use, whether it be 100, 150, 200, etc will always require some very difficult cuts. We still want to recognize those “honorable mention” athletes in some way. Also, there will be athletes that used to be in the Top 100 or whatever who move out due to new names, and we don’t want them to just disappear from our database. So, it is also a way of recognizing additional prospects who fall just outside of the rankings cutoff.

To answer the second part of the question, it is hard to really say what they need to do to get into the rankings. It may sound harsh or blunt, but the honest answer in a lot of cases is as simple as “get better.” Obviously, you have to pass some people in order to move “up” from the watch list into the rankings without an expansion. However, there will always be those prospects as well who simply needed to be seen more and then will be in the rankings.

Does level of play factor in? Some kids have not played varsity yet, some have dressed varsity only, while others have seen varsity time.

This actually goes back to something I talked about in Friday’s article. Our rankings are PROSPECT rankings not PRODUCTION rankings. So, as a general rule, I would say that level of play does not factor in. At least not in the way described in this question. It is a case by case basis. There are highly ranked prospects in every class that haven’t even played a varsity minute yet. However, there may also be all-conference varsity players on the Watch List. It all has to do with how you are projected to the college level. Some skills are more transferrable than others. Size and athleticism obviously play a role as well.

One area though were level of play may matter is simply seeing prospects play. Especially at the younger ages. If you don’t play for a good AAU team and aren’t playing varsity basketball then it is a lot easier for me to simply not know who you are. However, if you put up 15 points per game as a freshman at a small school I will likely at least be aware of who you are. That will balance out over time though and that “well known” prospect may see himself fall in the rankings year after year as my information catches up.

To recap and directly answer your question I would say again that generally Varsity/JV doesn’t matter. However, it does potentially matter from class to class. For example, playing JV as a sophomore at a good 4A program is pretty common even for players that go on to play in college. However, at the 1A or 2A level, it may be less likely to find a sophomore on JV who is a highly ranked prospect.

What should prospects and/or parents be doing in terms of “promotion?” Does social media matter? Are there some specific do’s and dont’s?

This is an outstanding and important question. Let’s break this down step-by-step.