Crossroads of The South Standouts 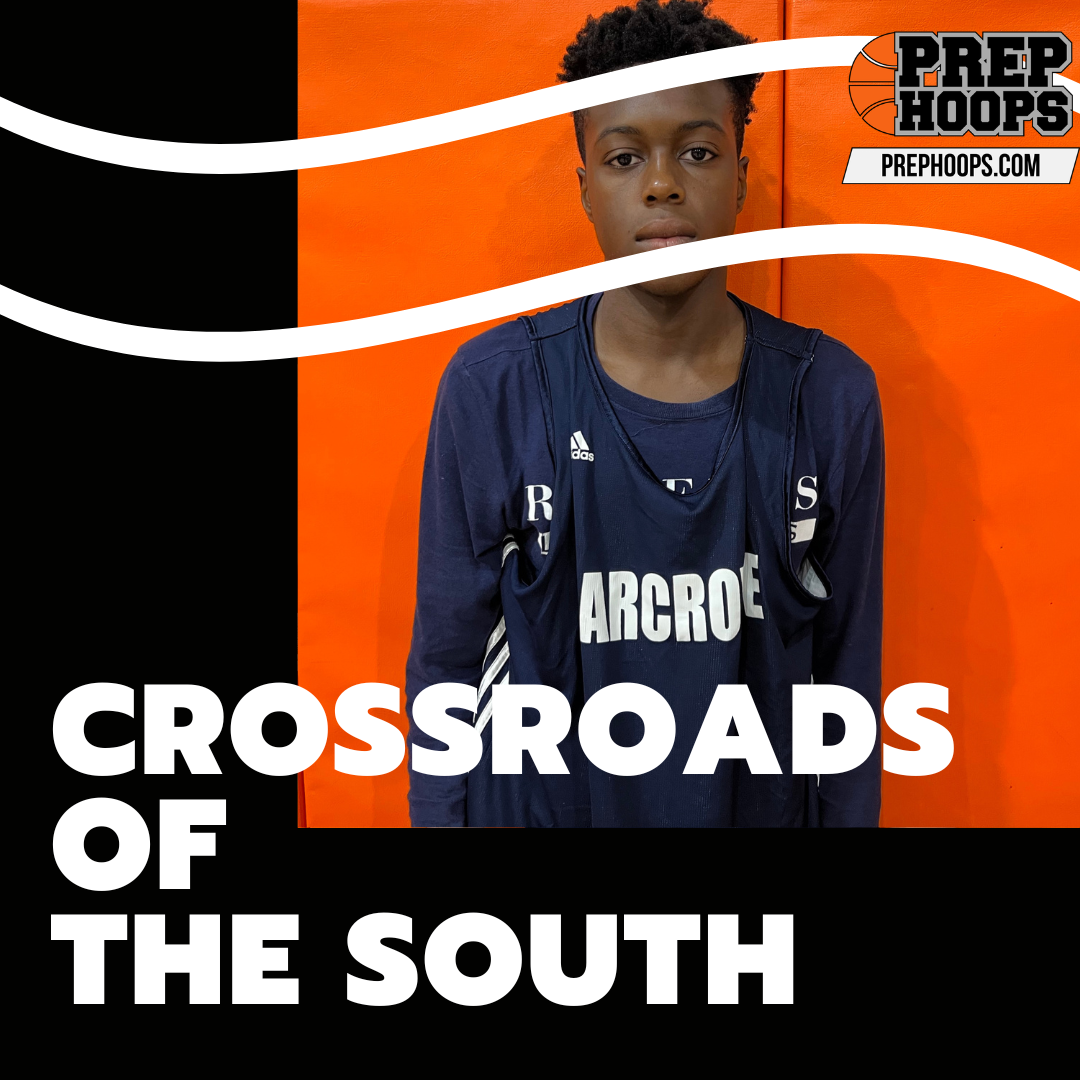 I have dropped my immediate takeaways from the Crossroads of The South Elite Camp. In this article, we will take a look at a few more players that stood out…

Josh is a stout wing that was physically imposing at camp. He was constantly getting downhill and finishing strong at the rack. He was active on the glass and started the break, often giving little to no time at all to the defense to be able to set up their team defense. He was highly aggressive off the bounce and knew how to use his body to bully through defenders on his way to the cup. He handles the ball well enough to be a pick-and-roll playmaker and is a willing passer when the situation demands him to make plays by dishing the rock. He is a dominant, strong lefty that tends to go left over 90% of the time, yet no one at camp took that aspect of his game away, and he must begin to balance this out. Joshua was one of the top players at camp when it came to individual play, but I still want to see how Joshua makes others around him better because of all the attention he draws when the ball is in his hands. He did not list any offers, but the recruiting should be picking up if it hasn’t already.

He was constantly getting downhill and finishing strong at the rack.

James’ social media handles give away the type of game that James brought to camp. He is an extremely tough iso scorer that can get buckets with the best of them. He thrives in an uptempo pace, which is why he often forced the pace in the open court and quickly attacked off the bounce in the half-court. He is at his best when he is playing with pace and is breaking down defenders on his way to the cup. He also made some tough shots throughout the day that left defenders bewildered. He is a listed PG, and often times PGs operate best when the rock is in their hands, but JT played extremely well off-ball and showed his ability to move without the ball and produce in c&s opportunities. Like his social media handles hint towards, he is extremely tough in iso situations, and defenders knew they were at a disadvantage when they were left on an island with the ball in JT’s hands.

He is an extremely tough iso scorer that can get buckets with the best of them.

I was going to put Davion in my Elite Shooters articles, but he was productive in more ways than just behind the arc. Now make no mistake about it; DJ can stroke the rock, baby. He is a multi-level scorer that can get it done off the bounce or in c&s opportunities. He is a wing player who can slash his way to the cup off the bounce for points, manufacture points by hitting the glass and punish opponents in the open court by attacking the rim. He’s agile and quick with shifty handles and has a great burst off the bounce, making him an extremely tough cover. He doesn’t have any offers yet, but if he can put together a nice senior campaign, he could play his way onto a college campus.

Now make no mistake about it; DJ can stroke the rock, baby.

Jayden played extremely tough and fearless throughout camp and showed some top-shelf athleticism for a guard standing 6’1. His wingspan caused a lot of trouble as he flew high and shot over defender’s outstretched hands. As he continues refining his work with the ball and harnessing his athleticism, he has a chance to have a solid senior campaign and add to the two current offers he has under his belt. Defensively he stood out as he applied a lot of pressure on ballhandlers, he is instinctive, and he brought a lot of energy and effort on that end of the court. He is a two-way player that impacts every possession, and with that type of impact on the game, he should be ready to lead Regents to a playoff birth.

His wingspan caused a lot of trouble as he flew high and shot over defender’s outstretched hands.

When looking at Taryl and all the guards at the camp, it wasn’t anything size-wise that caused Taryl to stand out, as he had the makeup and build like most of the guards in the building. However, it did not take long for Taryl to show what he had that separated him from the other guards standing under 6’0. He showed that he could get it done offensively, but his play on the defensive end of the court solidified him as one of the top players at the camp across all classes. Taryl had two impressive plays on the defensive end of the floor that got me writing in my notes quickly, and both of the plays were chase-down blocks. Most players were jogging back and sometimes walking after turnovers or steals, but not Taryl, as he did not give up on any plays. He is a willing defender that seemed to take pride in his defensive play. He handled his own offensively as he was getting to the paint with ease, showed his floater game, and had some crafty finishers. He is a rising sophomore that should make some noise with his Germantown squad.

Taryl had two impressive plays on the defensive end of the floor that got me writing in my notes quickly, and both of the plays were chase-down blocks.

Wyatt appeared more comfortable on the low block than in any other spot on the floor. The challenge with that is his positional size which has been ok up to this point, but going forward will create some questions as he begins seeking a future on the collegiate level. He played well within the arc but did not show the needed perimeter skills to safely say he can play inside and out. He is still developing and can expand his game to the perimeter, which will make his game a lot more appealing. There is no question of does he bring it in the energy and effort category because he was highly active in the paint on both ends and on the glass, where he was extremely dominant. It is simple going forward for Wyatt…expand his game to the perimeter.

Wyatt appeared more comfortable on the low block than in any other spot on the floor.