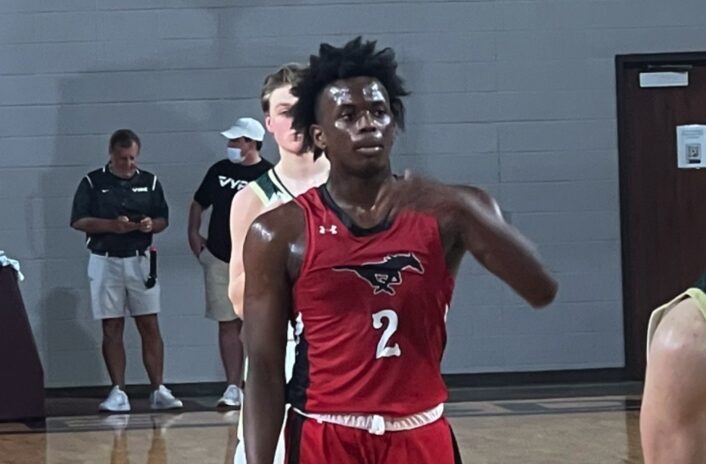 Check out my analysis on some of the top 2024 point guards whose names you need to know for the upcoming season. These guys are likely to lead their high school teams to some special performances in the near future, and I cannot wait to see them perform soon. They really popped over the last few months and made a name for themselves through their stellar play in the circuit months. 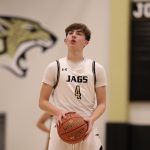 Jaxson is a high level scorer off the bounce who does so effortlessly from all three levels of the court, and is begining to threaten that coveted fourth level. I was very impressed with the amount of attention he has put on the defensive end of the court, coming up with steals in the passing lanes as well as through his active hands stripping the ball from his opponent. He is a relentless attacker of the rim, who really stood out in his ability to not only finish through contact but also stop on a dime and score in the mid-range. He lived at the free throw line with his constant aggression and the ease in which he was able to get two feet into the paint. He took what the defense gave him every-time down the court, and had a masterful performance on the offensive end of the court. He controls the game like a true point guard who can facilitate an offense and also pass his teammates open in the full court. His ability to manipulate the speed of the game when the ball is in their hands. He routinely broke a full court press with his speed, getting the edge on his opponent or by making the right read and a picture perfect over head pass. I was very impressed with his ability to do whatever his team needed to be successful. He boxes out and can play on the glass like a wing. He frustrated his opponent so much through his hard work on the interior. His defender thought he would easily back him down every time, but Vandegarde held his ground and played very well. Every time I see him in action, he seems to be adding a new wrinkle in his game. Vandegarde is one prospect you need to start keeping tabs on with the ease in which he scored off the bounce.

Zion is the definition of a dog, his motor and ability to affect the game on both ends of the floor allowed Westfield to plow through some high level competition on their way to winning the tournament. He attacks the basket hard and gets easy looks in transition at the rim due to his energy. Pipkin is an intense player who is fearless attacking the rim or a one on one match up. He is great at fighting through contact on his way to the rim. He consistently finished at the rim, using his length to stretch around his opponents and dominate on the interior, even for his size. I was blown away by his on court leadership, ability to direct traffic on the defensive and offensive end and how much of a winner he is. He did not need the ball in his hands to affect the game, his off ball movement created space for his teammates as he drew attention away from the defense. His game reminds me a lot of a young Collin Sexton, with his unending pace, willingness to defend high level ball handlers and live in the paint as a smaller guard.

Anthony is a very fluid athlete who has great body control. He is a high-level finisher in the paint due to his ability to get around defenders with quick moves such as euro steps and double clutches. He has a great handle and ability to put the ball on the floor and get to his spots. He displayed a plethora of high level moves such as floaters and creative step backs. He is a very skilled shooter off the bounce. Bates is also a very aware player who knows how to attack the weak spots in the defense. I was blown away by his maturity with the basketball and willingness to take what the defense gives him. When the defense looks to take him away, he calmly makes the right reads and make sure his teammates stay involved. He comfortably shot from all three levels of the floor and lived in the midrange. He is developing at a very rapid rate over the last year and a half, and I am excited to see how much he continues to grow. 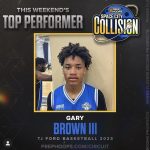 Gary is the next high level point guard to come out of the TJ Ford Basketball program. He is an incredibly dynamic and aware point guard who knows how to pass his teammates open, but also scores off the bounce with the best of them. He is a lightning quick point guard who creates separation with every crossover he makes. I was very impressed by the control he displayed when operating out of the pick and roll and the timely decision he made that round his teammates open at just the right time. Where Brown really makes his mark is his ability to hit shots from beyond the arc off the bounce. In one game he hit 7 threes, and finished with 28 points. He calmly manipulated his defender until they gave him just enough space to rise up. He even knocked one in from the logo which forced the other team to call a timeout and their coach demand he gets picked up as soon as he crosses half court.

Jason is a true point guard who loves dissecting the defense on the fast break and controlling the tempo within the half court. I was very impressed with how well he led the team from the point guard spot, and how his unselfishness seemed to bleed through his teammates. He always made the extra pass to set up a teammate, and made plenty of picture perfect 3/4 court passes to his teammates streaking up the sideline. I loved watching him manipulate the defense through the pick and roll, he made the right reads to find his big man down low or his shooters on the perimeter after drawing a third defender. I would like to see him work on his ability to shoot off the bounce from all three levels with more consistency.