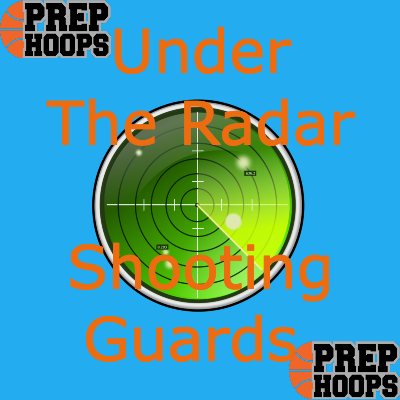 Check out my analysis on some prospects who need to be on your radar with how they produced during the live period. These guys really were turning heads every time they were in the gym!

Keith is a lightning quick prospect who sees the floor at a high level, and is great at using his shiftiness to dominate the game on the offensive side of things. His ability to read the defense and make quick decisions allowed his teammates to get easy looks in the paint, as well as on the perimeter for himself. He is a true point guard as he operates the pick and roll, knifing through the defense and forcing a second defender to make a decision. He calmly and confidently got to his spots in the mid-range and the lane, getting to his floater with real consistency. He always put just the right amount of touch on the ball to get it above the help defender and softly into the basket. I was very impressed with his ability to score from the perimeter, calmly knocking down shots off the catch from beyond the arc, but more importantly confidently attacking his on ball defender. Defensively, he is aggressive and knows how to use his active hands to poke the ball free and run coast to coast. Richard has all of the athletic tools and awareness to play on or off the ball at the next level.

Kevin is an aware shooting guard who looks to be the ideal glue guy on any team he steps on through his ability to catch and shoot, or attack the defense through the high post and in the corners. I was very impressed with how well he operated with his back to the basket, making crisp cross-court passes to set up a teammate for a better shot opportunity. Piedra always seems to be making just the right pass to set up a teammate, either within the half court making touch passes after drawing the attention of the defense. I was most impressed with how well he consistently made 3/4 court passes to find streaking teammates. On the defensive end of the court, he does all of the little things necessary to be successful as an on ball defender. He is a great help defender, using his active hands to poke the ball free from opponents driving into the paint. Since the last time I have seen him play, he has really worked on his handle and his ability to control the pace more as a combo guard. 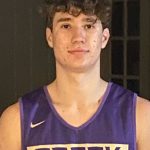 Caleb is an impressive scorer across all three levels who can score off the catch, but also put the ball on the floor and attack the rim. I loved watching him manipulate the defense with a live dribble. He is an incredibly crafty ball handler who seems to have eyes in the back of his head. He is already an elite facilitator in the full court and the half court. He makes all of the right reads within the flow of the half court offense. I was very impressed by his ability to facilitate and generate offense for his team. He even made the right read when he put the ball on the floor attacked the basket and got bumped out of bounds by a big, he fired a pass to his shooter in the corner. He really impressed with his ability to do it consistently across all three levels of the floor, knocking down shots in the corner off the catch and attacking hard closeouts.

Ethan is an athletic monster, not surprising to anyone a dual sport athlete who is already boasting division one offers in football. Wyatt has explosiveness that is off the charts with the ability to hammer home monstrous dunks on the fast break, as well as rising up and finishing over the top of anyone. He has some incredibly impressive tomahawk dunks in his arsenal, many of which sucked the air out of the gym when he finished it. He has the ability to play on both ends of the court, using his active hands to poke the ball free and his basketball IQ to play in the passing lanes. He is not just a slasher however, he calmly knocks down shots off the bounce from 3 point range, and is more than comfortable at taking the pull up 15 footer. I was very impressed with the ease in which the game seemed to come to him, paired with his explosiveness and athleticism, some coach is going to be very lucky to have this young man at the next level, no matter which sport he picks!

Braedon has really come alive during his GASO play over the last few weeks, showing off his ability to consistently score in bunches from beyond the arc. Where his game has shown the most promise is in his ability to go coast to coast, but also finishing at the rim. I was very impressed with his consistency in the paint, even when taking on bigger opponents in the air. I loved watching him work on the interior on both ends of the court, showing a real work ethic to box out his opponents and then lead the fast break charge himself. Bigott routinely got up and down the court with his live dribble and preyed on the last defender, forcing them to foul him. His consistency in the paint forced defenders to use all of their fouls in hopes to contain him. Every time I seemed to look back over at his court he was back on the line. He showed an ability to distribute the ball as well, and has all the tools to potentially become a more combo guard type player over the next year. He loved manipulating the last defender within the half court set, constantly preying on his opponents and finding his big for an easy look down low, or finding his shooters in the corner.