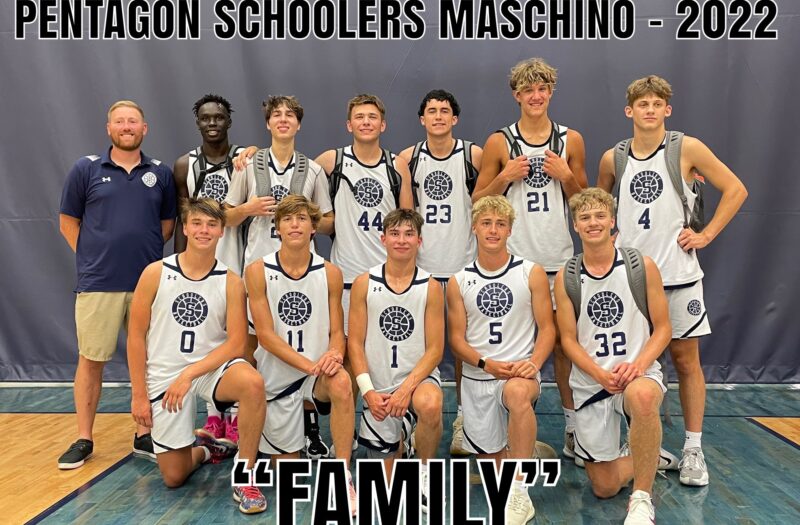 You definetly need to take a look at this team! This Schoolers squad had a fantastic AAU season. This group had success in every event that they competed in. Whenever I talked to coaches or basketball fans about AAU hoops in South Dakota, Maschino’s squad was quickly brought up and bragged about. They played very unselfish, scrappy, up-tempo, and an A+ grade of basketball. This team won a ton of games over the AAU campaign and I expect all of the players to have successful senior seasons. Read below for information on Pentagon Schoolers Maschino 17U!

“This summer we had tons of success everywhere we played. We went 4-0 down in KC and 5-2 down in Atlanta while taking 2nd place in the Gold Bracket for NY2LA. As a group, we showed we could compete with any team we matched up with in any circumstance.“ 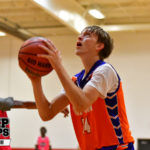 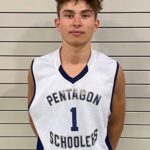 -Lightning quick and a sparkplug, a top 3-point shooter in the region, pesky defender with elite anticipation, great eyes 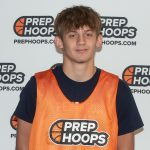 -Felixble, can big a big SG or a small-ball PF, 3-level scorer that can put it on the floor, can drill triples in catch-n-shoot 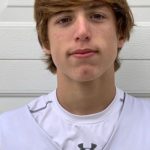 -A winner in everything that he does, leader and playmaker, State Champion, gamer, excellent finisher, great court vision 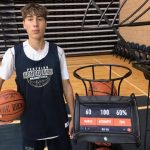 -Has become a lethal offensive threat, another top shooter in the Midwest, jumper is as smooth as butter, pure scorer 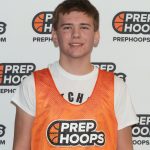 -The charimen of the boards, underrated athlete that will WHAM on you, had a standout season, versatile offensive game

-A youngster playing up an age group, was an impact player with his length, improved all season and has a high ceiling 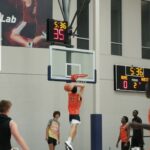 -Stands out doing the dirty work in the paint, protects the rim and boards on both ends, can stretch the floor with triples

Q & A with coach Tyler Maschino

PHD: What is your best memory from this AAU season?

Coach Maschino: “The best memory I had was going down to Atlanta and showing teams from all over the country what a team full of South Dakota kids could achieve as a team. We had multiple coaches of opposing teams compliment the style of play that we played down there!“

PHD: Can you talk about a time your team overcame adversity?

Coach Maschino: “Playing in St. Cloud we were down by 16 at one point in the 2nd half to the Comets Elite and with about 8 minutes left I decided to call a timeout. The team had the look of “we have this under control” and Our PG Randy Rosenquist

Randy Rosenquist 6'0" | PG Dakota Valley | 2023 State SD made the comment “we are ready to go now” and we proceeded to come back and win the game and advance to the final 4 in the GPAC Tournament.”

PHD: Who were a few of your hardest workers and what did they do to stick out?

Coach Maschino: “RP Machol – was our hardest worker. He may not have got the most minutes but when he was out there on the court he gave you everything you had. He was the heart and soul of this team.“

“ Tate Snyder Tate Snyder 6'0" | PG Sioux Falls Christian | 2023 State SD – Tate would start on most teams but he excelled as our 6th man and was our spark plug. He did a little of everything and rebounded and defended bigger players consistently.“

PHD: Can you talk about some of your best offensive weapons?

Randy Rosenquist 6'0" | PG Dakota Valley | 2023 State SD – Best point guard in the state… He made everyone around him better and consistently scored around 15 ppg and 7 apg. When we needed something big he came up with it.“

Brayden Pankonen 5'11" | SG Dell Rapids | 2023 State SD – Our 3-point specialist who was also 2nd in assists and 3rd in scoring. He turned himself into more than just a 3pt shooter, handling the point quite a bit and getting our other shooters and posts the ball in great spots.”

PHD: Who was your best rebounder and why?

Steele Morgan 6'4" | PF Mitchell | 2023 State SD –  Steele sees the ball off the rimm differently than most guys. He missed 1 tournament and still led the team in rebounding by a decent margin. His hard work and quick 2nd bounce gave us many 2nd chance opportunities.“

PHD: Who improved the most over the season?

Cooper Long 6'3" | SG Lyman | 2023 State SD – He became such a great defender and took on the role of guarding the opposing team’s best player and 4-man at times. All the while shooting the ball efficiently.“

“ Rhett Kloth Rhett Kloth 6'10" | PF Dell Rapids | 2024 State SD – For a young man playing up an age division, you saw the maturation of his body and skill grow every game. He turned into a pick-n-roll monster who was trying to dunk on everyone. His blocking shots made it tough on guys to get clean looks.“

PHD: When you needed a big bucket, who was your “go-to” player?

Coach Maschino: “Fortunately, we had 3 guys who could get us a bucket at any time and they all knew they could trust each other. Randy Rosenquist

PHD: What would you say were your signature wins this season?