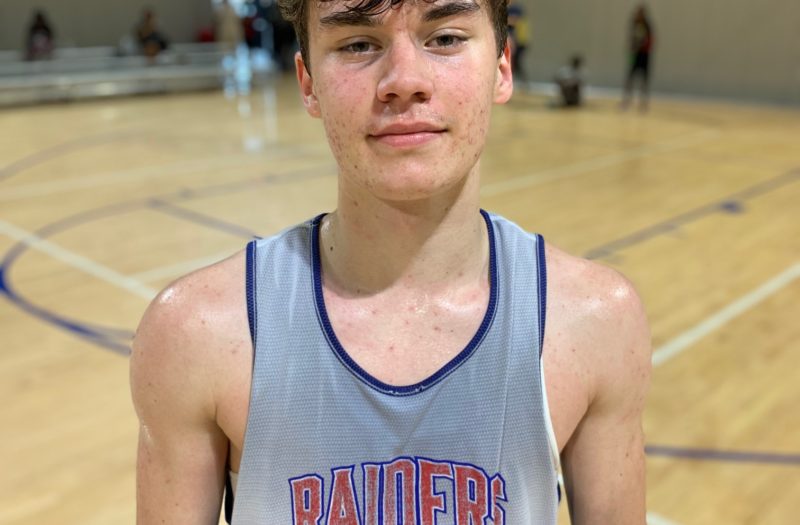 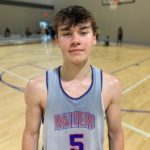 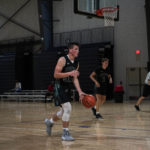 As June comes to an end, we’ve now had a chance to watch players compete in both AAU and High School environments which I believe is important in the evolution process. Recruitment is beginning to pick up and lots of offers are going out right now. Here are a couple of players in the 2024 class that I believe have improved their stock over the summer. 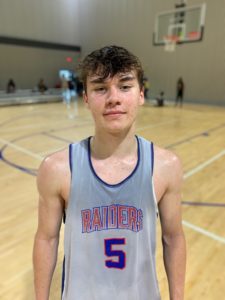 Luke Flynn 6'0" | CG Walton | 2024 State GA proves that he’s as talented as any guard in the state. Flynn impressed throughout the month of June, leading Walton to a handful of impressive wins. At this point, it’s obvious that Flynn is lethal from downtown after knocking them down consistently since his freshman year. What often goes unrecognized in Flynn’s game is his defense and hustle. Flynn is the first on the floor for every loose ball and plays with a toughness and tenacity that you rarely see with uber-talented guards. In addition, Flynn is an elite playmaker and has an uncanny ability to find open shooters. Flynn has been getting a lot of looks during the live periods and his list of offers should grow.

William Jobe William Jobe 6'9" | PF King's Ridge | 2024 State GA will be a key addition to this year’s King’s Ridge team and his talents have certainly been on display throughout the month of June. At 6’10, Jobe can get it done inside and out. He’s a sharpshooter from 3 and stretches the floor well with his spot-up shooting ability. Jobe’s got nice touch around the rim and his inside game has shown improvement this summer. Playing alongside talented playmakers like Zak Thomas

Zak Thomas 6'0" | PG King's Ridge | 2023 State GA and Isaac Martin Isaac Martin 6'0" | PG King's Ridge | 2023 State GA will create more open looks for Jobe. It looks as if several programs have begun reaching out to Jobe this month such as Notre Dame, Ohio State, Virginia Tech and more. His list of offers should continue to grow.

Few players have seen their stock rise as much as Gicarri Harris Gicarri Harris 6'4" | SG Grayson | 2024 State GA this summer. Harris is a versatile combo guard that can play the point or the 2. He’s assertive on the offensive end, showing the ability to score from anywhere on the court. He’s a consistent scoring threat but he doesn’t do too much with the ball. Defensively, Harris doesn’t shy from anyone. He’s a focused perimeter defender and can help take opposing guards out of the game. Harris looks poised to lead a talented Grayson team deep into the playoffs this year. Playing alongside 6’9 Jayden Williams Jayden Williams 6'9" | PF Overtime Elite | 2024 State GA should make Giccari’s job a lot easier as well. Harris has already picked up several P5 offers this summer and they should continue to roll in.

Josh Hill is a rangy, athletic forward that has a ton of upside. Hill has impressed me throughout the summer and was a high-impact guy whenever he was on the floor for Wheeler. Playing alongside Arrinten Paige in Wheeler’s front court gives Hill a lot of freedom to show off his versatility. He’s got a nice outside shot for his size and has the potential to really stretch floor at the next level. Inside, Hill frequently finishes above the rim and uses his long wingspan to corral rebounds and score off tip-ins.

In my opinion, Jeremias Heard Jeremias Heard 6'9" | C Model | 2024 State GA is one of the most slept-on recruits in the state of Georgia. Hopefully an impressive summer will bring Heard the attention he deserves. Heard has great size for a forward at 6’9 with a strong frame. Heard is talented in the post, scoring on smaller defenders with a variety of post moves. In addition, Heard has shown impressive ball skills for his size, knocking down outside shots and sometimes taking defenders off the dribble from the top of the key. Jeremias Heard Jeremias Heard 6'9" | C Model | 2024 State GA is absolutely a D-1 guy when it’s all said and done, college programs should flock to Rome to see him play.