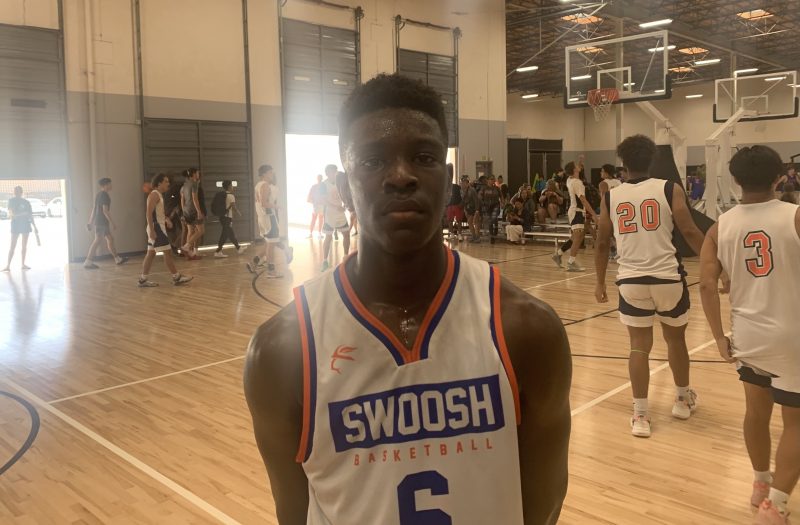 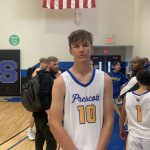 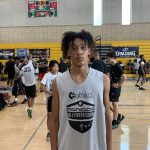 The Hustle Region Finals is behind us. 3 days 15-17U teams battled it out at AIM Sportsplex in Seal Beach/CA.

I primarily watched the 16 and 17U divisions plus some 15U games.

A long and surprisingly athletic wing rising soph is impressive. The lefty was seemingly everywhere in the 15U Finals. He earned one of the MVP’s of the division with his stellar play. He defends every position and rebounds, scores, he is a good passer, collect steals, deflections, block shots better then anyone you probably will see who is below six-foot. His energy he brings to the game is contagious.

A very skilled scoring lead guard who has a strap. He has a pure stroke from the three point line that looks good every attempt. He squares himself extremely fast and releases. He is deceptively quick to get passed his defenders and will rise up from mid-range and score it.

A fast scoring guard is the pull-up king from mid-range. He has maybe the most consistent middle game in the 15U division. He does make 3’s and is a patient scorer inside the paint. He is a tough on-ball defender.

He is slowly progressing his game. As they say, bigs always take longest to develop. He was showing drop steps, running the floor, finishing above the rim, moving well in space and rebounding and blocking shots.

A skilled scoring guard comes off the bench on the talented 16U roster and usually just fires away. He was handling the ball a little better then my last viewing of him. He is still best as a catch three point shooter but is showing more to his repertoire.

A long wing can score it with step back 3’s and mid-range jumpers. He has good size to get into the lane and score with his dominant left hand. He is a sneaky good passer and athlete. Look for him to take a little bigger role for the Wildcats.

One of my favorite guards on the team always plays the right way. He has a long line of family members who has played and he knows what to do. From moving without the ball, cutting when he should, making extra passes, defending his position and shooting the ball at a high clip most of the time.

The sharp shooter of the team is the younger brother of George Fox Univ standout Donovan Cox. Like Donovan, he is usually the most consistent shooter in the gym. He is almost all off the catch but has a very quick shooting release before the defenders close out to him.