Battle for the Arch Standouts 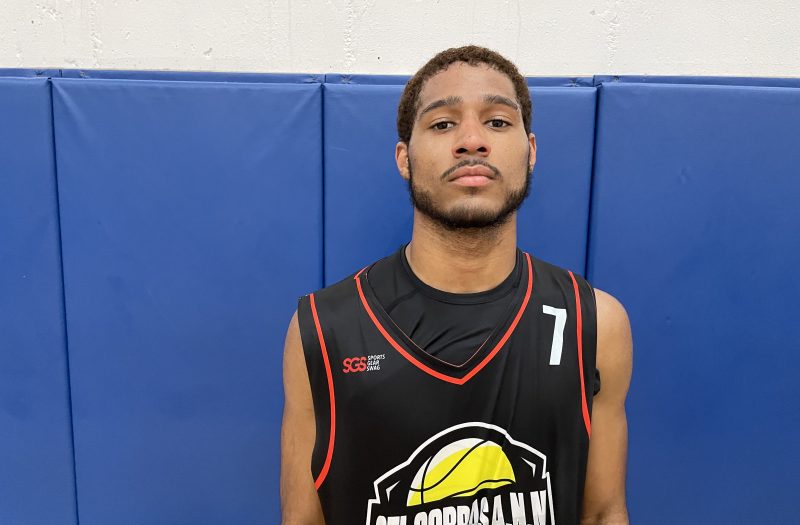 Prep Hoops Missouri spent the weekend watching some under the radar prospects who were competing at the Battle for the Arch Showcase in St. Peters. Here is a look at some of the top players who caught my eye during the weekend.

Jalen Purvey Jalen Purvey 6’1″ | CG Webster Groves | 2023 State MO (St. Louis Cobras ANM 17U): The 6’1″ 2023 shooting guard from Webster Groves has a real scorer’s mentality. He did a nice job of creating shots off the dribble and getting to his spots on the floor. His mid-range jumper was very effective on the move.

Rodney Trevino (St. Louis Cobra ANM 17U): A slender 6’3″ 2023 guard from Webster Groves who plays a smooth game offensively while competing hard on the defensive end. He is a skilled ball handler who displayed a nice shooting stroke from 3-point range. He knocked down a few triples that were well beyond the 3-point line and he looked comfortable on the delivery.

Charles Robbins (SEMO Mavericks 16U): It was my first time seeing the 5’11” 2024 point guard from Clearwater and I was impressed with his skill level and overall feel for the game. He plays the game under control to go along with his excellent court vision. He finds open teammates constantly and he can get to the basket to score and knock down the 3-pointer.

Kahlil Johnson (The Pack): A 6’3″ 2024 guard from Hazelwood West who has good length and athleticism. His handles and feel for the game were very good as he dropped some nice pocket passes through traffic and found the open shooters off of dribble penetration. He was hitting the open 3-pointer off the catch. He is also a good defender and rebounder who was always making things happening.

Sean LaRose (St. Louis Cobras ANM): The 5’11” 2023 combo guard from Affton did a nice job of creating his own offense off the dribble. He had good footwork and he made good use of ball fakes to set up defenders and free himself up for the drive. He could slice into traffic and get buckets through the contact.

Ashton Matthews (St. Louis Cobras ANM): A 5’9″ 2024 point guard from Francis Howell Central who did an excellent job while playing up a level. The young lefty has good quickness and shifty moves off the dribble to go along with his excellent court vision. He’s a pass-first guard who finds his teammates in their comfort areas to score. He has a quick first step and a nice jump stop to operate in the lane off of two feet.

Blake Manier (SEMO Mavericks 17U): A 6’2″ 2023 guard from Perryville St. Vincent who did a solid job of attacking the basket and scoring on strong takes in the lane. He had some nice acrobatic finishes in traffic. He also rebounded well from the guard position at both ends.