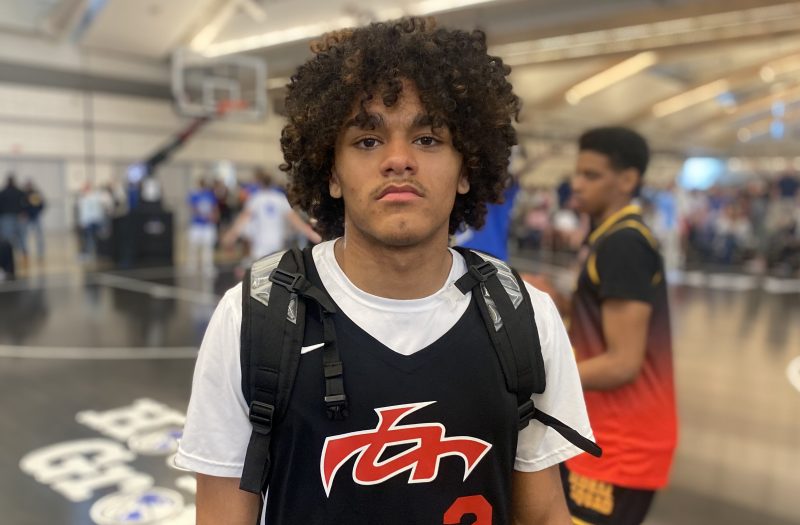 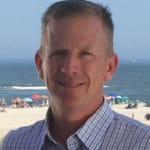 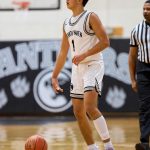 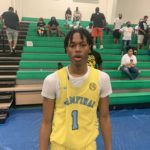 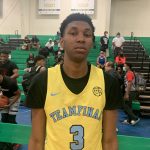 On Friday we published our updated Class of 2023 prospect rankings. By now you are familiar with the names who have remained at the top list for a year or more. Names like five-star recruits Justin Edwards

Today we will highlight five SEPA prospects from Pennsylvania’s Class of 2023 rankings who used the recent spring grassroots circuit to increase their recruiting stock.

The below players are a group of southeastern PA prospects you need to keep an eye on for the remainder of this summer.

27 to 24… Onyekachi Nzeh Onyekachi Nzeh 6'9" | PF George School | 2023 State PA – 6’9” / George School / K-Low Elite / Power Forward: This past winter “Kachi” (20 points and 12 rebounds per night) displayed an expanded all around offensive skill set, including a much-improved jump shot with 3-point range. The highlight of his season was a 35-point (2 threes) performance vs. Abington Friends. Then “Kachi” proved on the 2022 spring circuit that his dramatically improved offensive numbers were no fluke. At the recent Jersey Shore Jam Fest “Kachi” was simply dominant. His height, 7’3” wingspan and superb athleticism make Nzeh one of the most physically gifted 2023 prospects in the state. He now holds over twenty DI college offers.

Ruben Rodriguez 6'2" | PG Reading | 2023 State PA – 6’0” / Reading / Team Final EYBL & Red / Point Guard: During the 2021-22 season Rodriguez took on a scoring point guard role and exceled in that style of play. He averaged 19.4 ppg., posted a school record 50-burger (in 3 quarters of play) and was named the Berks Conference POY. Rodriguez kept that momentum rolling all spring as he tore up the grassroots circuit. At the highly competitive HG Pitt Jam Fest, Rodriguez led Team Final Red to the 17U title, and he was named Defensive MVP. Later at Nike EYBL Session 3 (KY) Rodriguez averaged 10 points and 3 dimes per contest while pushing Team Final EYBL to a 5-0 record. His elite, well-rounded skill set is amazing to watch. He recently picked up an offer from Drexel and was selected to Puerto Rico’s U18 national team.

85 to 80… Izaiah Pasha Izaiah Pasha 6'4" | CG Cardinal O'Hara | 2023 State PA – 6’5” / Cardinal O’Hara / Philly Pride National UAA / Combo Guard: Pasha’s first season in the Philly Catholic League was a tremendous success. He averaged 17 points, 6.8 rebounds. 3.7 assists and 2 blocks per game. Those stats garnered Pasha a 1st Team Philadelphia All-Catholic League selection as well as the Delaware County POY honors. This spring Pasha used his downhill, attack the rim style of point guard play to wreak havoc at grassroots circuit events like the KYDA Invitational (PA). His speed and filthy handles allow Pasha to get to the rim where he can finish with either hand. In the half-court, Pasha is a solid 3-point shooter. His drive and kick distribution skills are next level. In the last two months Pasha has picked up offers from St. Joe’s, Towson, and LaSalle.

NR to 87… Thomas Haugh Thomas Haugh 6'9" | SF Perkiomen School | 2023 State PA – 6’9” / Perkiomen School / We R1 UAA / Wing: After an outstanding high school season (14 ppg., 9 rpg., 4 apg. & 2.7 bpg.), Haugh picked up offers from several mid-major DI programs. Then this “freak” athlete took his unique skill set out on the spring grassroots circuit and really turned some heads. After outstanding performances at events like the DMV Spring Warmup as well as the UAA Sessions, Haugh received offers from Maryland, Richmond, Towson, VCU and Rhode Island. He is 6’9” but possesses the handles of point guard and drains threes like a shooting guard. Plus, he can score on the interior and rebound (at both ends) like a power forward. Haugh’s athleticism, speed and agility enable him to grab a rebound and go coast to coast. He is an intimidating rim protector too.

NR to 151… Nasir Washington Nasir Washington 6'2" | SG West Philly | 2023 State PA – 6’2” / West Philly / SK Elite / Shooting Guard: In March Washington posted an extraordinary 4A state tournament run averaging 22.6 ppg. on the strength of 4 made threes per night. So, when the spring grassroots circuit tipped off, Washington’s game was on point. Washington is this lightning-fast, so he thrives in transition. He will not hesitate to finish a break with a slam. In the half court, Washington drains threes and pull up jumpers. Washington plays with a swagger that really stands out. Even on the grassroots circuit. West Philly Head Coach Adrian Burke says that Washington is hearing from several D2 programs. With his elevated play over the last three months, DI programs should be in touch soon.