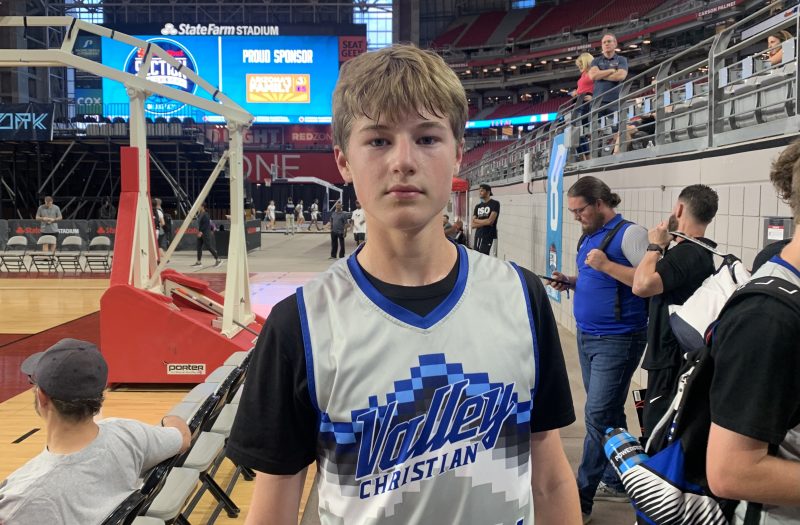 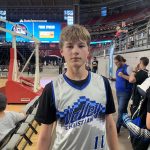 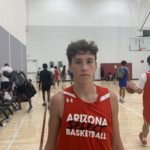 Here are 58 players that caught my eye. We have seven reports with Small School Gems, Newcomers, Sleepers and the 2023-2026 standouts.

We start off with the Small School Gems: (It is a great time to see some of the talented players from small schools around the city.)

A bigger PG with incredible court vision. He is the tallest point guard in the class currently and uses it to get downhill. He can see over defenders and throws darts to teammates. He will take some much needed pressure off of Luke Shaw

Luke Shaw 6'1" | CG Valley Christian | 2024 State AZ and his 3pt shooting will be a big bonus with the graduation of Caleb Shaw. The Trojans look to be one of the 3A favorites.

A long and baby faced power forward just happens to be the son on NBA player and current Suns GM James Jones. He is a good rebounder in traffic with two hands and plays with a huge motor. He has a drop step and a half hook shot to utilize but his rebounding is already a college skill.

The rising soph is a knock down shooter! He is undersized but can he can pull-up off the dribble and has some range. He has the mid-range and he is a sneaky good passer. He will be a key part to the Eagles success.

A power forward who does many things to help his team win. He can block shots, rebound, covers a lot of ground in space and will score in traffic. He can surprisingly take the ball off the rim and go coast to coast. He has good body control in traffic. He can step out and hit the three and is an efficient scorer in the pant.

A scoring point guard with a quick handle and a good feel for the game. He is a good passer and he can score it. He can hit the catch-3 and use the floater. He made multiple impressive bounce passes in traffic. He has quick hands to collect steals and plays with good pace to his game, and he is clearly in control of the team.

Another Lion who impressed. He can ht the catch-3, defend his position and is a good passer. He has a team approach to the game with a perfect compliment to their other top players. His shooting will be important when they go deep in the playoffs again. They look to be one of the 1A favorites again.

A quick undersized scoring point guard. He has speed with the ball and knows how to change speeds to get the defenders off of him to create space for him to shoot it. His first step allows him to get passed his defenders and he is very competitive on defense despite his size.

An inside and out wing forward is a tough match-up. He is a mismatch on the perimeter as he can pull-up from mid-range and shoot the catch-3, then he will score inside with his thicker frame/build. He blocks shots and rebounds at a good clip and he plays the game with a big IQ and makes winning plays with some unselfish passes.