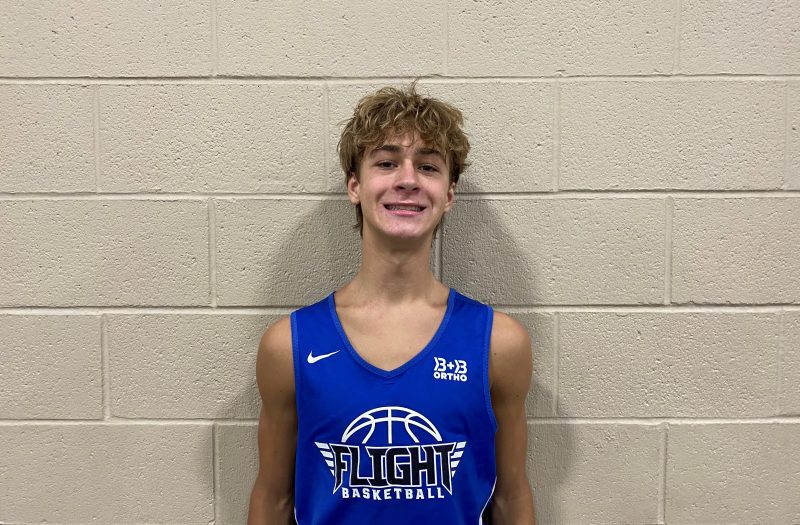 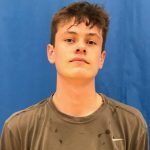 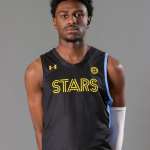 The 2022 Rocky Mountain Showcase has now come and passed, but plenty of players left everyone who attended with quite the impression. With that in mind, let’s look at a few of the players who shinned in between the lines.

Roberts is a feisty point guard who excels at getting into the paint. The Dixie product has no problem scoring inside the paint, where he can finish in dynamic ways and angles against opposing defenders. Roberts competes all game and never backs down from a challenge. He is more than willing to take contact and is lights out at the free-throw line. In addition, Roberts possesses a great handle and a quick first step he uses to blow by defenders. The 5’9 point guard also has good vision when driving to the hoop and can generate quality looks for his teammates.

Johnson started the tournament strong and continued to impress over the next few days of play. The do it all forward is a mismatch for every team he faces. Johnson is a phenomenal rebounder and scorer, but maybe the most underrated part of the rangy forwards game is his passing ability. Whether it’s an outlet pass or a simple lob over the top to a teammate with good post position, the Alta star continues to show just how well-rounded his game is. Johnson’s defensive versatility was also on full display as the 6’8 junior easily controlled the paint and shined when tasked to guard opposing ball handlers in space. Johnson’s shot also looked great as he confidently knocked down the long ball.

Anosike is a professional scorer; his bag was on full display in last week’s tournament. The 2023 combo guard got to the rim easily thanks to his silky smooth handle. Anosike can breeze by defenders in the blink of an eye, and once he reaches the rim has no problem scoring with either hand. In addition, the Murray senior is an exceptional athlete who can soar through the lane or in the paint to grab rebounds. The only thing more difficult to stop than Anosike in the half-court is him in transition, as his long strides make it easy for him to weave in and around defenders. Of course, Anoskie is also a skilled shot-maker who can drill triples off the dribble routinely.