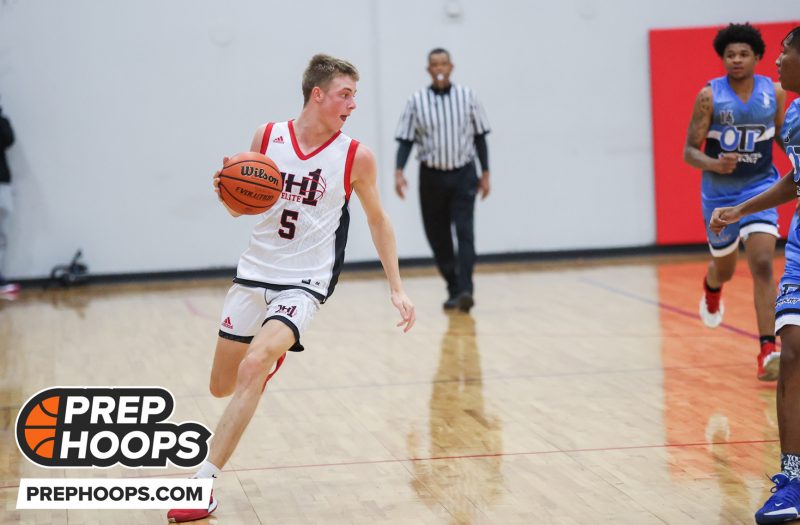 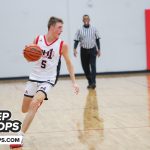 Ian Stephens 6'6" | SF New Palestine | 2023 IN is a unique prospect and a top notch player in the state of Indiana. He brings a lot to the table and still has an open recruitment. Let’s take an inside look at Stephens as a player and prospect. 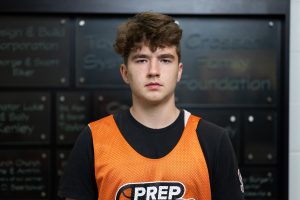 STRENGTHS OF HIS GAME

Versatility – He’s listed as a power forward, but I feel like he could successfully play the 3 or the 4 at the next level.

Improved Shooting – See versatility above. His much improved jump shot has allowed for a huge growth in his versatility. His jumper now has very legitimate 3 point range. He’s really found that pretty lefty stroke.

Playmaker – He penetrates the lane and make plays for himself as well as for his teammates. He’s a very underrated passer, especially when he drives and draws defenders.

Rebounding – He plays bigger than his size and is plenty tough enough to compete on the glass. He’s bouncy under the bucket and rebounds high, allowing him to play bigger than his height.

Continue to improve his shooting – It may seem strange to have shooting listed as a strength and an area for improvement, but they go hand in hand. Stephens has improved greatly in that area and we can see what that has done for his game. Continued improvement in his consistency, especially from beyond the arc, would add even more offensive options.

WHAT ARE YOU LOOKING FOR IN A PROGRAM AT THE NEXT LEVEL?

FABORITE CLASS IN SCHOOL AND WHY?

“History, I like learning about our past.” –  Ian Stephens

There is a lot to like about  Ian Stephens

Ian Stephens 6'6" | SF New Palestine | 2023 IN . He’s a talented player with an exciting upside as well. He continues to improve at a fast rate and the program that Stephens lands at could be getting a big steal and a big time talent.