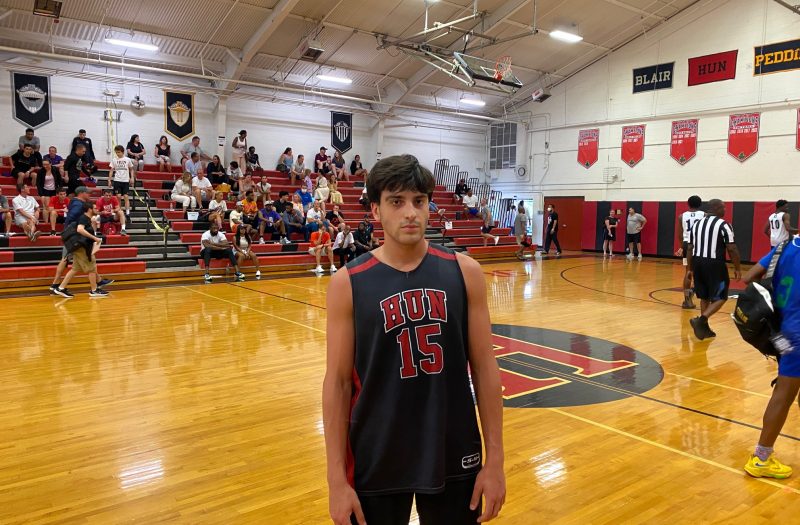 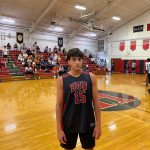 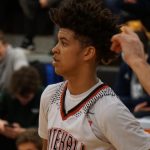 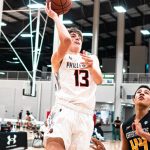 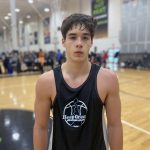 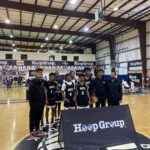 Loscalzo was on fire for the hosts as he was drilling triples all day. The 6’1 guard has a smooth release on his jumper and showed the ability to shoot either off the catch or dribble. Loscalzo shot the ball with confidence from distance and moved well without the ball in his hands. The ball did not stick in his hands and was able to draw contact when he attacked the basket. Loscalzo’s ability to knock down jumpers from behind the arc is something that will help his stock in a big way this summer.

Haugh had a monster game for Perkiomen as he showed the ability to affect the game in a variety of ways. The 6’9 forward ran the floor hard as he had several big-time slams in transition. Haugh showed off a nice handle as he was able to get to the basket and finish through contact. He skied for rebounds on both ends of the floor and used his length to swat shots around the basket. Haugh is a skilled forward prospect who should continue to put up big performances this summer.

Satterfield Jr. had a strong showing this weekend as he was able to showcase his skillset on the offensive end. The 6’2 guard has a tight handle, which he uses to beat his defender off the bounce and is a crafty finisher around the basket. Satterfield Jr. was able to create separation off the dribble and shot the ball with confidence throughout the day. He pushed the pace nicely in transition and made good passes. Satterfield Jr. is a shifty guard prospect whose ability to handle and get into the paint is key to his game.

Houser had a solid performance as he scored the ball in multiple ways. The 6’11 lefty has a nice release on his jumper as he knocked down several triples during the day. Houser used his body to get position down low and was able to finish through contact. He influenced shots with his length on the defensive end and ripped down rebounds on both ends of the floor. Houser is just starting to scratch the surface of his potential, which makes him an intriguing prospect to track in the 2024 class.

Beccles will most likely play in the backcourt at the next level but showed the ability to play on the wing during the games on day 1. The lanky 6’4 guard was constantly around the rim as he finished a couple of big dunks and drew contact in the paint. Beccles was able to get to his spot in the half court and rose up with confidence on his jumper. He used his handle effectively and used his athleticism to make plays on the defensive end. Beccles’ combination of athleticism and skill is something that will help him in a big way this summer.