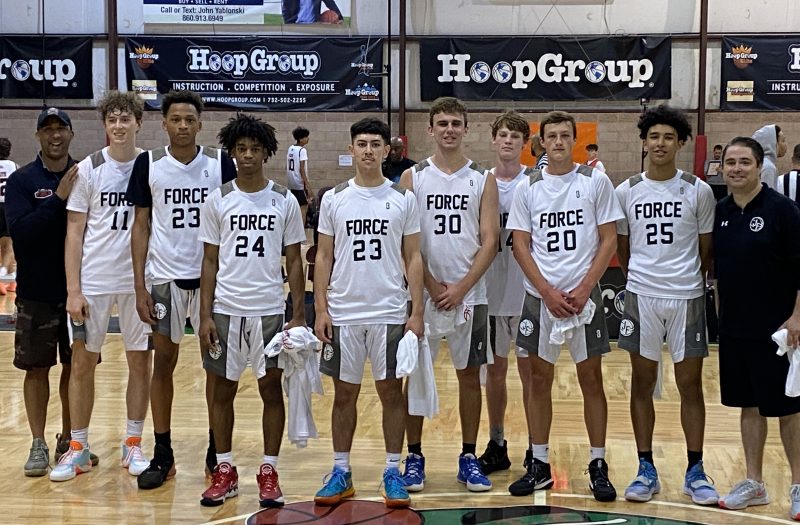 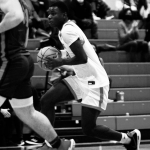 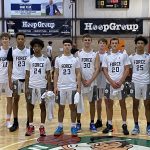 Davis had a solid weekend for the Falcons as he showed the ability to affect the offense in a number of ways. The 6’7 forward shot the ball with confidence from behind the arc and has a nice release on his shot. Davis finished nicely around the basket and moved well without the ball in his hands. He fought for rebounds on both ends of the floor and is an underrated passer. Davis has the ability to play inside and out, which makes him a forward to track this summer.

Williams had a standout weekend for the Big Red as he made plays on both ends of the floor. The 6’5 forward has a smooth shooting stroke as he buried jumpers from distance routinely throughout the weekend. Williams showed the ability to hit shots off the bounce and was able to finish around the basket. He used his length nicely on the defensive end and skied for rebounds on both ends. Williams is a sharpshooting guard who has the potential to breakout this summer.

Martin had a big weekend for the George School as he was making an impact throughout the weekend. The 6’4 guard is a high-level athlete as he exploded off the floor for dunks and rebounds. Martin finished nicely around the basket and was not afraid of drawing contact. He moved well without the ball in hands and showed the ability to impact the game on the defensive end with his length and athleticism. Martin is an athletic guard prospect who should make plays this summer with his athleticism.

Zongo was a difference-maker on the floor for the Celtics as he used his athleticism to make plays. The 6’6 forward was at his best in transition as he used his speed to blow by defenders and get to the rim. Zongo threw down a couple of big-time dunks and was unafraid of drawing contact near the basket. He skied for rebounds on both ends of the floor and altered shots on the defensive with his length and athleticism. Zongo is an athletic forward prospect whose ability to finish and draw contact around the basket will help his stock this summer.

Mayock had a solid weekend as he stretched the defense for the Moose. The 6’7 wing has a smooth release on his jumper and shot the ball with confidence from behind the arc. Mayock moved well without the ball in his hands and brought the ball up the floor at times, showing he could do more than just shoot from deep. He moved his feet on the defensive end and made smart decisions with the ball in his hands. Mayock is a sharpshooting wing who can get from distance in a hurry and should have a strong summer with his ability to knock down shots.