Gerry’s Revelations from Section 7 in the Class of 2023 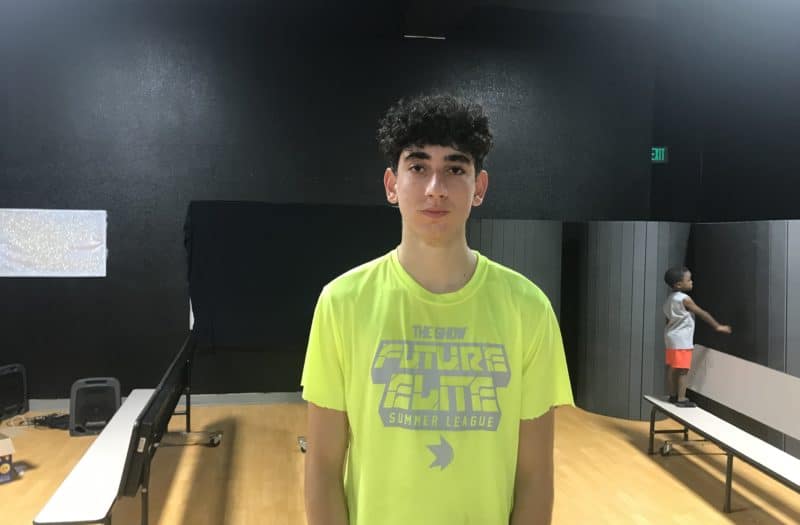 Some revelations from Section 7 in the Class of 2023

In this day and age of social media there really is no such thing as a “sleeper” anymore. When a guy hits a jump shot there are 27 tweets about him. But this report takes a look at some “revelations” from the Section 7 event that was held June 17-19 in Phoenix. These are prospects who weren’t necessarily highly visible that “showed out” with top-notch performances that revealed how good they really are…

Buchanan was in a word – awesome – at this event and proved beyond a shadow of a doubt that he is an elite, national-level prospect. He has the all-around skills and a motor to impact the game in a big way very consistently. A true gem who is a very complete offensive player. One high major assistant coach said it well: “I do not want to play against him.” Buchanan will have his choice of a slew of high major schools after him.

Section 7 served a great purpose for BJ Davis – it put him firmly on the radar of high-major schools. He had not been as well known as his high school teammate Jamari Phillips. But they know him now! He’s an elite athlete with the skills to play both guard spots at a highly efficient level. He can score and he can distribute. Playing on or off the ball are both things he does well. Davis will be a steal for some lucky school.

Heide is another guy who is thankful that the Section 7 event put him on the national radar. Actually, he should thank himself because his performance put him there. He’s a highly skilled post-man who is a most impressive all-around scorer inside and outside. He is a very difficult matchup who defines the term “hard to guard.” If you need an impact big man don’t knock on his door- bang on it and kick it in.

High major schools were salivating after watching Cedric Lath at this event. He played for Liberty High out of Las Vegas so he could be exposed to coaches. Mission accomplished in a huge way. He has always been an impact defender/rebounder. But he showed a competent offensive game. Consequently, his recruitment is now off the charts at the highest level. Lath is an animal on the court and will be a stud at the next level.

Madi had been somewhat below the radar due to being injured and out for a long period of time. Cancel that. He’s on the radar in a significant way now with a highly consistent performance at this event. He’s a very active combo forward who makes a ton of things happen at both ends of the floor. And his high-level passing ability can ignite a team. When you watch him play you simply say, “I want that guy on my team.”

McFarland clearly demonstrated his value in leading his team to the championship of their bracket. “Wow” is the best word to describe him. His ability to impact the game is staggering. He has a unique ability to block/change shots with his length and athleticism that you just don’t see at this level. And he has a big-time upside. Word to the wise college coaches- get on him if you aren’t already.

You now know who Parker Strauss is if you him play at Section 7. He had a very convincing performance indeed. He’s very skilled and can effectively play any position on the perimeter. He makes plays for himself and others really well. He has an impressive ability to make steals at the defensive end. And best of all, he has a motor that is always running. Strauss will be heard from at the next level in a significant way.