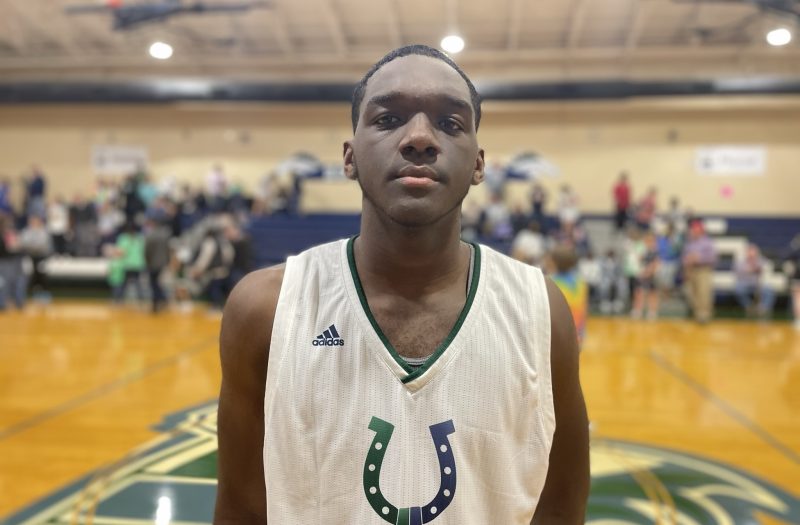 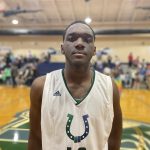 Tru Prime 2023 Forward/Center Dallas Kendall: Standing at 6’10, he’s a player that catches your attention almost immediately. He blocked shots and rebounded the ball at a high level throughout, finished inside the paint and has a nice amount of upside that is exciting to see. College coaches should be giving him a call sooner than later as he could be a very nice pickup for a program late in the game.

Strong Center 2023 Forward Sam Martin: His offensive numbers from the weekend won’t scream at you but he made a very nice impact on the defensive side of the ball. He blocked and altered shots at a nice rate without fouling which is something you love to see from a big.

John Henderson 6'6" | PF Community Christian | 2023 State NC : Possess plenty of the tools that you like to see from a Wing prospect. Plays with a very high motor, has a nice overall skillset, has the height for a college guard, doesn’t settle too often for outside shots and crashes the offensive boards at a nice rate which led to a good number of put-back buckets.

VA Bulls 2023 Wing Christopher Fields Jr: One of the most impressive overall players in the 17U division, he scored the ball at a high level without much of an issue. He understands how to use his height at 6’6 to get his shot off against any type of defense and has a physique that allows him to play through a good amount of contact.

Acts Elite 2023 Guard Lukus Osborne: Provided some much-needed offense for his team by knocking down shots from three-point land. He has good shooting form, gets his shot off fairly quickly and doesn’t force too many bad shots.

Team Trezz 2023 Wing Israel Powell Israel Powell 6'4" | SF Hertford County | 2023 State NC : Led his team in scoring throughout the event and finished in the Top 20 in scoring of all players in the 17U division. Although he didn’t find much success from the perimeter, shooting wise, he attacked the basket and was able to score by using his slashing ability.

Lowcountry Storm 2023 Guard Mahki Rivers: His team made a deep run in the tournament, reaching the division championship game and he was one of the main reasons why they were able to achieve a high amount of success. Impacting the game in numerous ways, he can score the ball but does an outstanding job of getting his entire team involved. Last but not least, he brings the intangibles that you love to see from a PG such as: leadership, toughness, unselfishness and high level of competitiveness.