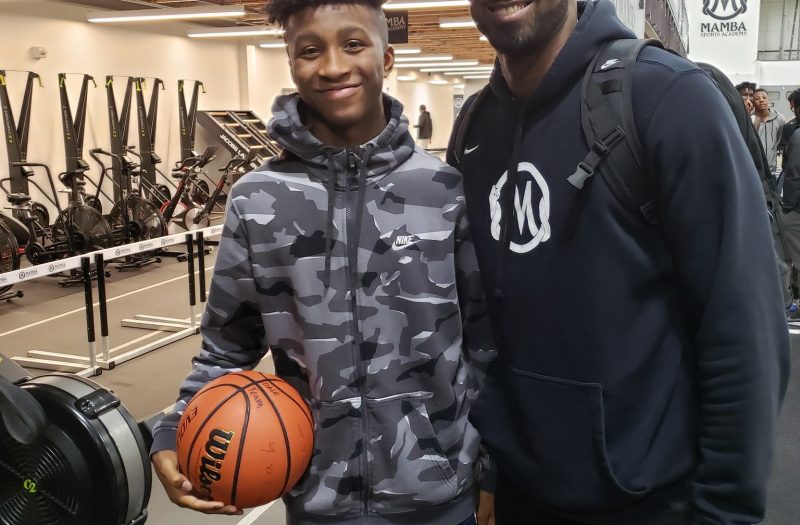 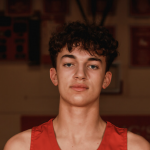 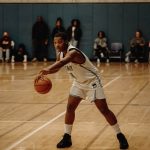 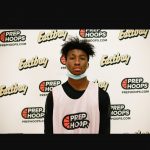 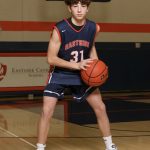 The class of 2025 is talented. Some were a big part of their varsity teams’ success and others are waiting for their chance next season. I interviewed one of each, both talked about Kobe Bryant and mamba mentality, giving special meaning to the featured photo.

Isaiah Cunningham 6'3" | SG Rainier Beach | 2025 State WA - G-2025-Rainier Beach-There is plenty of buzz about this kid, also known as "little mamba". His best asset is his quickness, which translates into quick pull-up jumpers, and ability to get to the rack.  He doesn’t need space to get his shot up. He’s a capable three-point shooter and is improving his shooting. On defense he has the ability to impact games as an elite-level defender, making him a problem for opposing guards.  He has quick feet and hands; he is a lockdown defender. He’s a gym rat whose going to improve a ton. He got 25PPG on JV last year.  Here’s the questions I had for him, and what he had to say.

Talk about your AAU experience and what did you like most about it? My

Photo: Marlow Cunningham https://www.twitter.com   The class of 2025 is talented. Some were a big part of their varsity teams’ success and others are waiting for their chance next season. I interviewed one of each, both talked about Kobe Bryant and mamba mentality, giving special meaning to the featured photo.  Isaiah Cunningham

Isaiah Cunningham 6'3" | SG Rainier Beach | 2025 State WA - G-2025-Rainier Beach-There is plenty of buzz about this kid, also known as "little mamba". His best asset is his quickness, which translates into quick pull-up jumpers, and ability to get to the rack.  He doesn’t need space to get his shot up. He’s a capable three-point shooter and is improving his shooting. On defense he has the ability to impact games as an elite-level defender, making him a problem for opposing guards.  He has quick feet and hands; he is a lockdown defender. He’s a gym rat whose going to improve a ton. He got 25PPG on JV last year.  Here’s the questions I had for him, and what he had to say.  Talk about your AAU experience and what did you like most about it? My AAU experience has been great. I love the competitiveness, the intensity, the traveling, and being able to show off my game and play against some of the top players and teams in the country. Especially in the EYBL circuit. What are some of your strengths and what do  you need to work on the most?  My strengths are on-ball defense, getting to the hole, my mid-range jumper, and scoring at will when needed. I need to work on my three-point shooting, get my handles tighter, and creating my shot behind the arc. What are your goals for the upcoming season?  My goals are to grow my game, play varsity, put up good numbers, and lead my team to a state championship. What does a typical day of basketball look like for you? My day includes morning sessions from 7 to 9 am and spring training after school from 6 to 8 pm. What players, do you look up to or want to model your game around?” I look up to Ja Morant or Malik Monk. Have you been getting attention from colleges? I have been getting a lot of attention from colleges, I have been to some college campuses, and got a tour with U of Portland, Eastern Washington, Dallas Baptist University, and John Hopkins University. What motivates you? The situation I am in right now. I’m in the hospital and what happened to me taught me that anything can happen, that we’re not promised every day, so I use this situation as motivation now to go hard every day and go hard wherever I go, whatever I do. Whether it’s on or off the court because I want to leave my mark on this earth and I plan to do that every day because we aren’t promised. (He was in the hospital with pneumothorax).   Nyale Robinson

Nyale Robinson 5'9" | PG Rainier Beach | 2025 State WA Teammates with Cunningham. He got meaningful minutes on varsity last year. He has a great feel for the game. He’s quick, strong and can shoot from deep. He had already made his name known through the AAU circuit as an elite player in past years. This backcourt will be loaded with  Nahmier Robinson Nahmier Robinson 5'10" | PG Rainier Beach | 2023 State WA , highly ranked in our 2023 class and was also a huge part of their state title game run as the PG.   Cam Hiatt

Cam Hiatt 6'4" | CG Kings | 2025 State WA -CG-Kings-2025-He’s already made a big impression. He helped lead Kings to a state title game and 2nd place finish. He plays at a smaller school but has the game to have been an impact player at any level. He has great athleticism and size for a guard and plays beyond his years. As a freshman he was the 2nd leading scorer on a team ranked number one most of the season. He can beat you from distance with his three-point shooting but he’s well rounded. He describes himself as a slasher type player. I would describe him as both. He can blow by the defense and finish with a throw down and knock down NBA range threes. He’s long, can run, and finish! He has great anticipation on defense and creates turnovers. His will be counted on to be a leader next season and he’s embracing that role, as he talks about in the questions below. Expect huge games from him. My pick for class 1A POY.  Tell me about your AAU experience, what you like most about it? I started playing AAU in 2nd grade, so I’ve been doing it for a while. I ended up coming to rotary in 6th grade which is when I started to take off and pursue my career in basketball. It’s been great though because it’s a lot of playing the sport I love.My favorite thing about it is that it’s super free-flowing and a place where I can be creative. It’s not as structured as high school but that can be fun sometimes, especially when you’re hot. Also, playing against and with really great players my age is a big highlight for me. Things like playing on the EYBL are huge highlights in my life and basketball career because of the players there. What are some of your goals for next season? As a team, winning state or another deep run is the first thing that comes to mind. For me, working to be a great leader and how to take on that role of being the face of the program, setting a really good example. It’s easier said than done but it’s going a be a fun challenge I’m excited about. What are some of your strengths? What do you want to improve on? I’ve been taught to focus on the defensive and rebounding sides of the ball before anything, being that all-around player versus being exclusively offensive-minded.  I think defense and rebounding are some of my strengths as well as athleticism and my slashing ability have  been strengths of mine. I’ve been a solid shooter but think it’s always something you can improve on and work at because there’s a big spot for shooters in today’s basketball. The main thing I want to improve on is my ball handling and being under control with the ball in my hands.  Tell me about your typical day of basketball and training.  My trainer is Mark McLaughlin, I’m usually training 2-3 days a week. I usually have practice or games 2-3 days a week too so me and my parents try to balance the load, so I get some recovery time. I usually have basketball 6-7 days a week and on days I don’t have training, games or practice I get shots up with my dad. We go through a routine to get about 200-300 makes in. Who do you look up to in the basketball world? Do you have players you want to model your game around?  I would say it’s a combination of guys for multiple reasons. I love seeing guys and looking up to guys who have made it from the Seattle area. Corey Kispert who went to kings, seeing what he’s done, Jamal Crawford, or recent guys like Paolo Banchero. I also look up to guys and watching guys that I could see myself being like. Being a big guard, I look up to and try to model myself after guys like Jalen Suggs, Devin Booker to name a couple. I also admire and look up to people who are elite on the mental side of the game, such as Kobe. Have you been getting attention from colleges? I  have. I’ve been offered by Seattle U and have been establishing a relationship with them. I’ve heard from Pepperdine, and UCSB expressing interest, and Portland and Boise state about attending their elite camps. What motivates you? This is a good one, had to think about it. But I think my biggest motivation is wanting to show everyone that I can do it despite not being the most stereotypical basketball player in terms of not being 6’7 plus or whatever. I want to be able to say that I did it someday and that I reached my goals of playing high-level d1 basketball or even playing professionally despite having those odds against me. I’m super competitive and have never been ok with being anything less than the best. I’ll always reflect that in wanting to prove to everyone that I was able to do something that not very many people were able to do and achieve my dreams that so many other people have in basketball. I read that you are a big fan of Kobe Bryant. Is that true? I definitely am a fan. The thing that really made me a fan is his mentality, learning about him, especially as I get older, I appreciate his outlook on the mental aspect of the game. Alex Elston

Alex Elston 5'11" | PG Eastside Catholic | 2025 State WA -G-Eastside Catholic-2025- Watched him at the BC and he was spectacular. His skill level is top-notch and he understands the game well. He plays with a confidence that he belongs on the floor. One of the best pull-up mid-range games I have seen for a freshman and can get himself to the rack or shoot threes. He’s second to none skill wise, which allows him to make up for his size. My favorite player to watch at the classic. He carved up the defense getting bucket after bucket. Legend Smiley Legend Smiley 6'5" | CG Garfield | 2025 State WA -Garfield-2025-A shot-maker who can fill it up in a variety of ways. He understands how to score, and plays under control, setting up the defense, and scoring at all levels. He’s a good ball handler, which allows him to create, and finish at the rim. He changes speed well,  putting himself in position to get buckets. He will turn into a great, not good shooter. He’s creative but under control. He’s one of the most complete freshmen in the state.

Subscribe to Prep Hoops Washington to get access to all premium articles and prospect rankings for as little as $2 per week with an annual subscription!