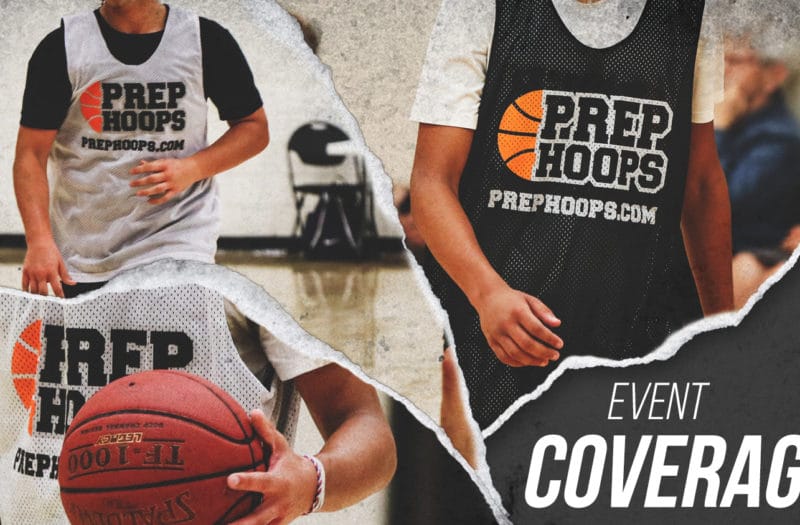 Cam had a big weekend. He was very aggressive attacking the rim, and finished a number layup while getting fouled. He did a nice job converting the free throws on the and ones. Cam is able to score the ball in multiple ways, and he is showing that he can score on bigger defenders as well.

Bruce put up big numbers this tournament. In this past high school season he averaged a double double. In one game this weekend, he had a big game with 28 points, and 14 rebounds. Bruce is a versatile player, who players bigger than he is listed at 6’3. Bruce has the game to play at the college level, and is continuing his strong spring season.

Travis helped lead his team to close wins in the tournament. Travis is a versatile player, and he has a good mix of an inside and outside game. Travis plays very good help side defense, and rotates well. He is a strong built, and he should continue to keep improving.

Dimitri is a skilled point guard. He may not be one of the biggest players on the court, but he is definitely one of the quickest players on the court. Dimitri showed his ability to hit big shots late in games this weekend. In one game, he hit the game tying field goal, to help send the game to overtime. Dimitri is a point guard who you want running your teams offense.