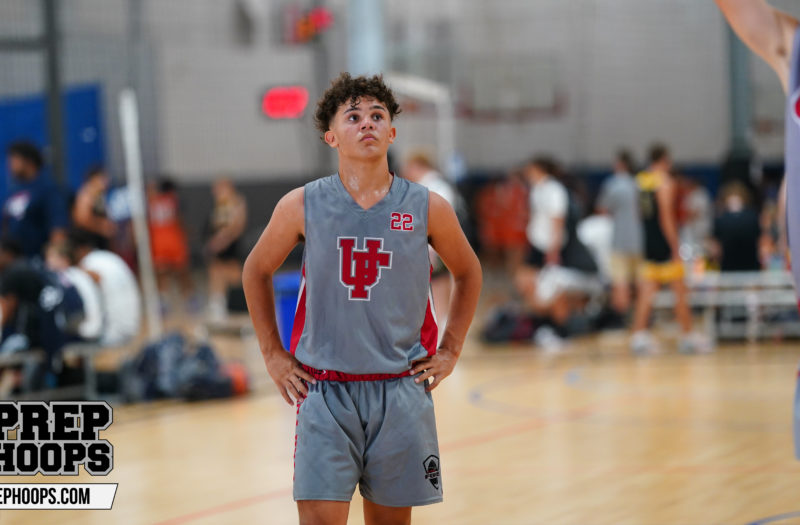 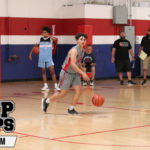 Who were some of the standouts? Here’s my second report:

Christman caught my eye a year ago at a Prep Hoops event, and continued to do so this weekend. A true point guard in every sense of the world, Christman makes up for his pedestrian metrics with his high IQ and high-level feel. He changes paces and directions so effectively that it allows him to get by his defender, and when he draws the help defender, dissects the team with his pinpoint passing. I hope teams take him seriously as a prospect, he definitely has the game to play at the next level.

Edmond is one of the players in the gym that looks the part of a D1 prospect, and his game is quickly catching up. He’s got a long, lanky frame, solid shoulders and solid athleticism that he shows off in transition. A right-hand dominant slasher, Edmond has improved finishing through contact  and is becoming a more consistent spot-up shooting threat. He’s only 15 years old, and more than holds his own against 17u competition.

The 6-1 rising ninth grader is positioning himself as one of the more high-school ready guards in the class. A combo guard with nice burst, underrated quickness and the ability to score and create for others with equal aplomb, Zennedjian led his team to a 40-point win against a 16u team

In terms of bloodlines, very few players can boast Parker’s: he is the younger brother of NBA standout Terrence Ross. An athletic, right hand dominant scorer, Parker is a bit unrefined from a skill standpoint but his athleticism at this level allows him to overcome it.

An unsigned prospect, not many 7-footers have Stark’s touch and hands in the paint, with the ability to hit shots from 15 feet with consistency. He’s got a lot of upside.