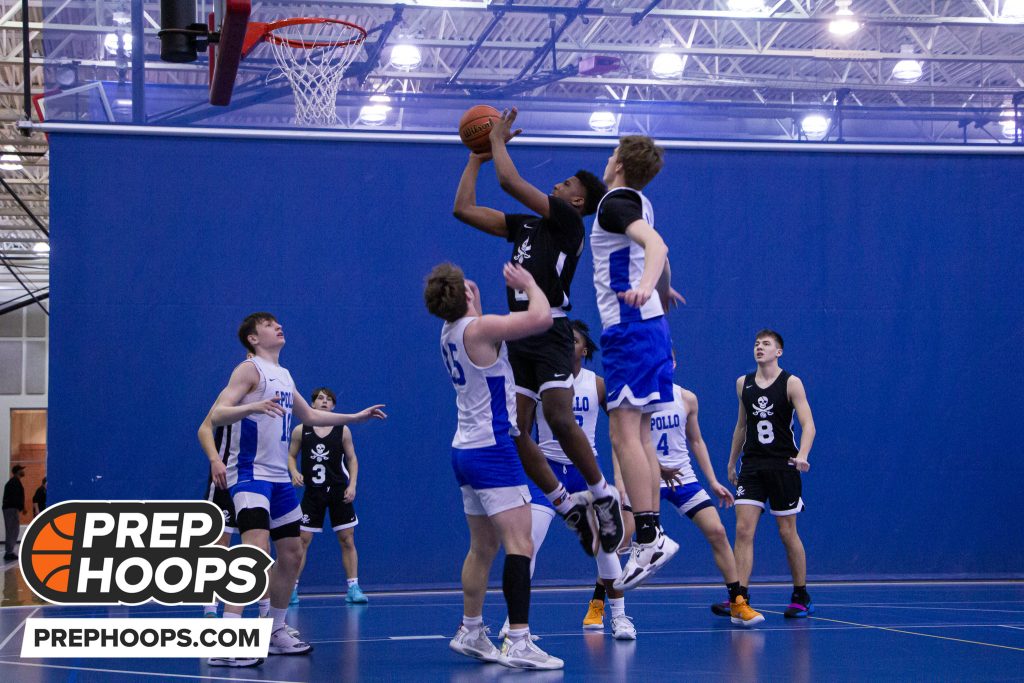 I had to start things off with the 2025 Michigan-Based Hardwood Midwest Squad. They were up 50-2 at one point against an opponent on Saturday. This morning, they faced Midwest Aces. Defense was the focal point for both teams to start. I loved the defensive hustle for Hardwood Midwest in the early going. They forced at least 3-4 turnovers in the first five minutes. But the Midwest Aces were responding with some great defense too. Xavi Granville made some great blocks and fought hard on the glass early. He also displayed some nice ball handling skills in transition. But Hardwood was hitting more shots early. They took a 13-4 advantage 6 minutes in. Buckets started to fall once the rock was shared more. Forwards Camden Thompson and Kam Koehler were making some great plays in the lane to start things. Both are passing well with one another and scoring over defenders early. Rebounding was also a major reason why Hardwood took control early. The rebounding advantage was the highest I had seen. At the same time, they continued making great plays with one another and were able to make