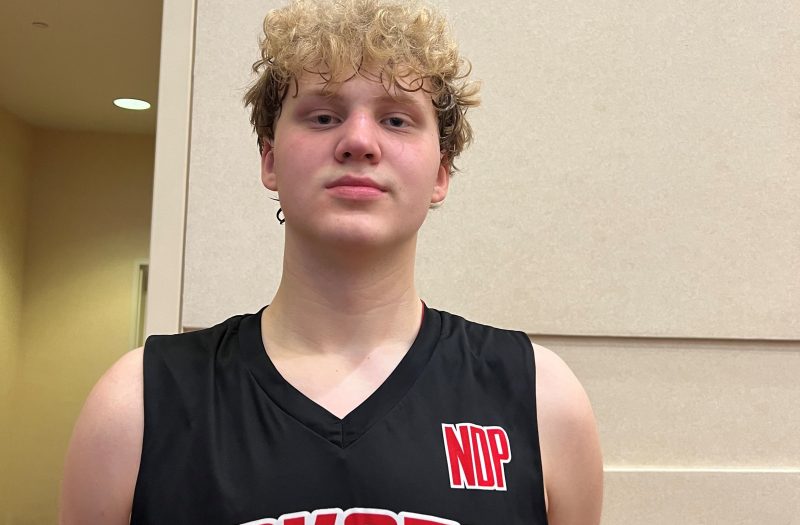 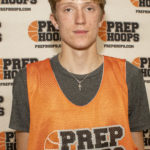 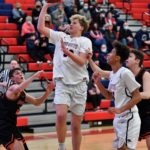 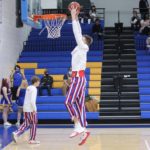 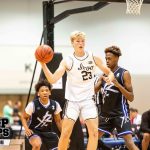 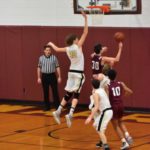 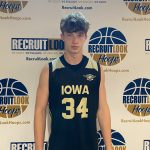 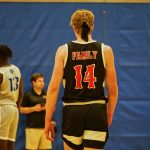 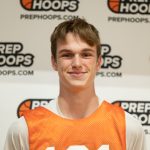 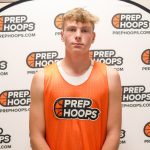 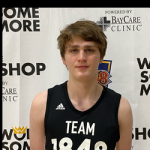 Last weekend in Indy at The Stage we saw a high level of play from forwards, 4's, 5's, posts, and frontcourt players. Let's take a look at some of the top players that we saw.

Keep in mind, that there was a massive amount of teams at the Stage. We may have missed some players, however, this list is absolutely loaded with next-level talent!

He already made our Top Shooter article, so this kid can obviously put up points from the perimeter. Kloss is dangerous outside the arc if you lose track of him. He will also outwork just about anyone and that was on display in Indy. Kloss is a blue-collar forward with grit. However, Chet has some flash to him with fancy skills and he can light up the scoreboard. Kloss showed that he is a 3-level scorer that will take advantage of matchups.

He had a solid first weekend on the Circuit. Expect Komara to build off that and show up big in KC. He did

Last weekend in Indy at The Stage we saw a high level of play from forwards, 4's, 5's, posts, and frontcourt players. Let's take a look at some of the top players that we saw. Keep in mind, that there was a massive amount of teams at the Stage. We may have missed some players, however, this list is absolutely loaded with next-level talent!  Impressive 4’s & 5’s - 17U Chet Kloss

Chet Kloss 6'6" | PF Eastview | 2023 State MN |6-6 F| Minnesota Chill He already made our Top Shooter article, so this kid can obviously put up points from the perimeter. Kloss is dangerous outside the arc if you lose track of him. He will also outwork just about anyone and that was on display in Indy. Kloss is a blue-collar forward with grit. However, Chet has some flash to him with fancy skills and he can light up the scoreboard. Kloss showed that he is a 3-level scorer that will take advantage of matchups.  Molley Komara |6-7 PF| Minnesota Chill He had a solid first weekend on the Circuit. Expect Komara to build off that and show up big in KC. He did nice work finishing in traffic around the basket. The big man was productive on the boards, especially on the O-glass.  Komara also scored points on putbacks. He defended well by contesting and blocking shots. Komara showed off his athleticism when guarding on the perimeter against smaller guards. He is a versatile BIG. Ryan Erikson

Ryan Erikson 6'10" | C Bismarck Century | 2023 State ND |6-10 C| North Dakota Phenom He had a quality showing at The Stage. On Sunday evening, Erikson received an offer from the University of North Dakota. On Tuesday, Erikson committed to the Fighting Hawks who play in the Summit League. It looks like his trip to Indiana was well worth it. Congrats on the D1 commitment! Erikson was great around the basket on Saturday. Ryan is big and strong, yet he is light on his feet. He has old-school post moves and crafty footwork. Erikson has a soft finishing touch with both hands. His handles are smooth and Ryan’s passing is exceptional. I thought he was a great communicator as well. Carson Yale

Carson Yale 6'9" | PF Des Lacs Burlington | 2023 State ND |6-9 PF| North Dakota Phenom He is working his way back into playing shape after not playing in a basketball game since last August. Yale has put on a good amount of muscle in the past year and he looks like a college player. His potential is sky-high. Yale shoots it well and he can get it done on both ends of the floor. He is going to be a scary player in no time. Bryer Kaczynski

Bryer Kaczynski 7'0" | C Wyndmere/Lidgerwood | 2023 State ND |6-11 C| North Dakota Phenom  This kid is SUPER long and he had a nice weekend. Bryer played with a lot of confidence and he executed his role well. With his height and long arms you would expect him to contest shots, well that is exactly what Kaczynski did. For a person that is almost 7’, I thought Bryer moved his feet very well on the perimeter when hedging and recovering. He showed off his mobility with a transition catch, two dribbles, a step-through, and a big two-handed WHAM. He is a very intriguing player.  Wyatt Hawks |6-8 PF| Northstar Titans Stone This BIG moves very well for his size and he is sneaky athletic. Hawks can windmill dunk with ease! I witnessed him absorbing contact and finishing strongly at the rim. He also rebounded well. Wyatt has great feet and he is a versatile finisher. He is a strong interior defender. When it comes to skilled BIGs, Hawks is one of Minnesota’s best-kept secrets.  Aiden Johnson

Aiden Johnson 6'6" | PF Legacy Christian Academy | 2023 State MN |6-6 PF| Northstar Titans Stone He is an old-school BIG.  Aiden does most of his work on the block but he can step out and hit open 3-pointers. Johnson has an incredibly high motor and he is a great rebounder. He is a do-it-all BIG, a solid defender, sprints the floor hard, finishes through contact, and does whatever is asked of him. If he was 3" taller, Johnson would likely be a D1 type player. Colton Hendricks |6-7 PF| Northstar Titans Terhaar He has intriguing length and size. Hendricks has excellent offensive footwork that you will be impressed by. He can keep the defense honest by spreading the floor and knocking down 3-balls at a high level off the catch. Hendricks works extremely hard on the glass. He is also a very smart individual.  Dallas Bear

Dallas Bear 6'8" | SF Cedar Falls | 2023 State #250 Nation IA |6-8 F| Iowa Barnstormers Gold He was selected to the All-Tournament First Team. He also made PHD's Top Shooter article and many others. Bear is a sharpshooter with great length and skill. Dallas has an elite basket sense and he is a pure bucket scorer. Bear has received an offer from UND and he has interest from many others at the mid-major and high-major levels. Every time he plays next weekend in KC during the live period Dallas will have a ton of eyes on him.  Caden Kirkman

Caden Kirkman 6'8" | PF Wilton | 2023 State IA |6-8 F/C| Iowa Barnstormers Gold He is a strong and athletic post. Add in great skills and you have an awesome BIG. His stock has been shooting up this spring with his excellent play. Kirkman is a double-double machine. Caden currently holds D2 offers from Augustana, Quincy, and Truman State. I would expect those to keep coming in. You will want to see him play next weekend in KC! Kade Benjamin

Kade Benjamin 6'6" | PF New London | 2023 State IA |6-6 F| Iowa Barnstormers Gold He is an uber-athlete and a winner. His flexibility and mobility are huge assets to the Barnstormers. Benjamin can switch and guard about any position on the floor. He attacks the defense with vengeance. Kade is also a physical player. When you match Benjamin’s athleticism and physicality together you have a scary player.  Max Wheaton |6-6 F| Iowa Barnstormers Black He was an absolute beast this past weekend at The Stage. Wheaton has great hands and a soft finishing touch at the cup. He also has high-quality moves and footwork around the basket. Wheaton shoots it well from the perimeter. Max is a dual-threat player that deserves more attention.  Taysire Williams Taysire Williams 6'5" | PF Jimtown | 2023 IN |6-5 F| Indiana Attack Basketball Club He is a big strong player that caught my eye in Indy. Williams looked great with multiple opposite-handed finishes at the cup. I liked how Taysire protected the basketball with his body when going up for a finish. On defense, he stuck out as a shot-blocker and a rim protector. Williams also had a big splashy shot block that erased a bucket and caught the attention of the spectators.  Tristian Lynch

Tristian Lynch 6'6" | PF NEW Lutheran | 2023 WI |6-6 F| Team 1848 He had a very solid weekend in Indy and he impressed many people. Lynch is a baller. Tristian can score inside and out. He can stroke the 3-ball and put up points in the lane. He excels at attacking the glass on both ends of the court. Lynch never tries to do too much and he does not force shots. His feel for the game of basketball is amazing. Lynch is an underrated player that needs to be on more people's radar. I urge you to check Lynch out next weekend in KC.  Impressive 4’s & 5’s - 16U Gage Kampman

Gage Kampman 6'7" | PF Iowa City Liberty | 2024 State IA |6-8 F| Iowa Barnstormers 16U Gold This player is a super athlete and a long prospect that you will want to see play. Kampman blocks a ton of shots. In a Sunday game, Gage had 5 blocks in one half! Kampman runs very well and he has a developing offensive game. Jaylene Simmons (2024) |6-3 F| Capital City Team Work  He first stuck out to me because he was the biggest player on the court. Simmons is a strong and stout forward. He is big and he is fleet-footed. I really liked his feet, positioning, and feel around the rim. Jaylene can finish with power and a soft touch. He was physical on the O-glass and he scored on putbacks.  Cameron Catholic (2024) |6-3 F| Excel Basketball  He stood out early because of his athleticism and how he was flying all over the court. Catholic scored in the paint and from beyond the 3-point arc. His versatility makes him a tough matchup. Cameron has long arms and he gets off the floor well. I liked his aggressiveness when attacking the ball for a rebound. He was smart about not forcing the issue, when Catholic had an open man, he made the pass quickly and effectively. He has a solid all-around game.