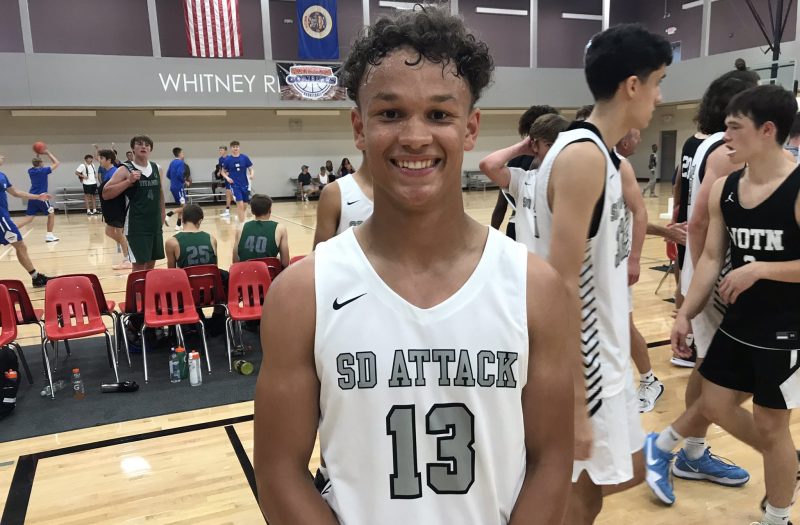 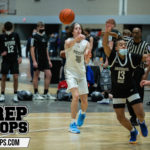 This was Jefferson’s first year competing at the varsity level and what do you know? The Cavaliers went to State!! They had a wild SODAK 16 game and they ended the season with a State Tournament win. It was a special year for the Cavaliers that will set a standard for the program. Sioux Falls Jefferson will be one of the top teams in AA next season. They should be a highly-ranked team in the preseason this coming fall. JHS will bring back all of its top players. Quite a few of the Cavs will be busy this spring/summer with AAU hoops. Jefferson is new but they are a serious program and they are here to stay!

Read below for player stats, comments from coach Tim Reck, and the scores/schedule from the season.

Q and A with coach Tim Reck

PHD: What were some of the highlights of the season?

Coach Reck: “1st game in history at our gym against Roosevelt was amazing. Packed house and a great game. Coming back in the 2nd half and winning in double OT vs Pierre to get into the State Tournament. We were down 9 with 2 minutes to go in regulation and tied it with a layup from Griffin Wilde Griffin Wilde 6'2" | SG Sioux Falls Jefferson | 2023 State SD at the buzzer to go to our 1st OT.“

PHD: Who was your “go-to” player when you needed a basket?
Coach Reck: “It actually depended on the match-up we had. It was among 3 guys, Taylen Ashley

Kaden Year 6'6" | SF Sioux Falls Jefferson | 2023 State SD “.
PHD: Which players improved the most for you this season and what did they improve on?

Coach Reck: “Mason Riley our junior post player improved the most for us this year. Came off the bench early in the year and ended up starting for us right after Christmas.“

PHD: Who were a few of your hardest workers and what did they do well?

Coach Reck: “Dawon Sechser a sophomore worked really hard and helped us off the bench this year.“

PHD: Can you talk about a time when you and the team overcame adversity?

Coach Reck: “Our biggest adversity was the Pierre game. We were down 19 to start the second half.“

PHD: Who was your best practice player and why?

Coach Reck: “Dublin Duffy was voted best practice player by his teammates. He was a senior for us that played very little but came to work every day and didn’t complain once about his role on the team.”

PHD: Who were some of your key bench players?

Coach Reck: “Dawson Sechser and David Jones came off the bench for us this year and were major contributors.“

PHD: Can you make a few comments about the seniors that you are losing?

Coach Reck: “We only had 2 seniors this year and they will be missed. David Jones and Dublin Duffy. If you had to start a program from scratch like we did you would want these two in your program. They played their roles perfectly.”

PHD: Who are some of your top players that will be back next season?

Coach Reck: “All five of our starters will be back this season. Taylen Ashley

Coach Reck: “We grew up during the year. We only had 1 player with any varsity experience this year. We hosted a SODAK 16 game and made the state tournament. I couldn’t be more proud of these young men and this team.”