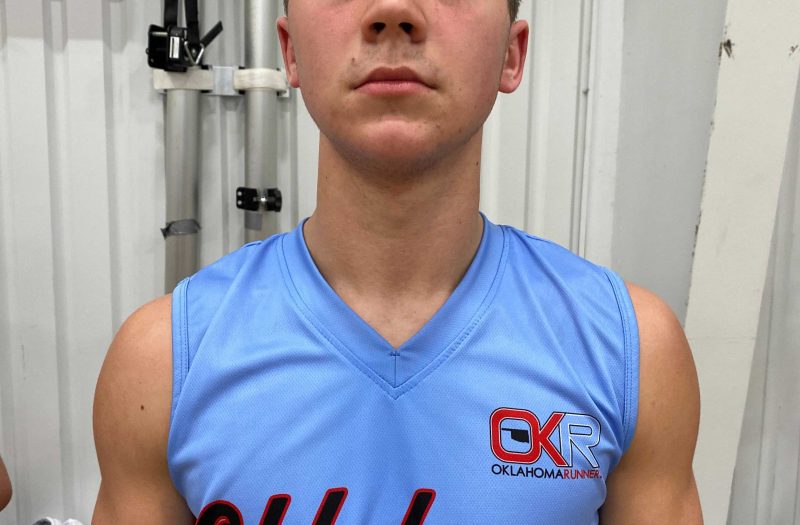 Quick Hitters. A basketball coach’s favorite play whenever they need a quick and easy score. The offense stalled out? Run the pin down screen that get’s the best shooter open. The defense is over playing everything on the perimeter? Run the “Ivy” with the sweet backdoor cut. In this case after a long two days in the gym, the long and more through analysis will have to wait till later in this week. But for now, let’s get a quick look at why a handful of players stood out on Sunday.

The Northwest Classen guard provided scoring all session long for the Power, but particularly with his team down to 5 players on Sunday morning. His jumper is improving, but Cyrus is still best when he gets downhill where he’s a crafty finisher with an acrobatic layup package.

An athletic presence with a big wingspan, he put those natural gifts to use with a pair of early dunks. Then proceeded to rebound and block shots like a mad man in a Sunday contest.

Has deep range from beyond the arc, with good off the ball movement when hunting for shots. Was even able to put in on the floor some as a driver and finish at the rim on Sunday morning.

The Runners went 4-0 on the weekend and closed out Sunday with a good win over a quality squad from KC. It was the small town standout Jones that powered a strong first half with his ability to get to the rim and finish consistently.

Jackson was on another shooter on fire on Sunday. He shined in a come from behind win for the Sharpshooters.

Another Oklahoma team that went 4-0 on the weekend, Hyman along with backcourt mate Dylan Snow Dylan Snow 5'8" Yukon | 2024 OK were a big reason why. For Choctaw, Hyman is a sharp shooting three point specialist. He showed that trait this weekend, but also a more evolved all around game.

Shinkle is an imposing figure that plays the role of an enforcing big man to a T. He owned the paint in a Sunday afternoon win by carving out position down-low, rebound and blocking shots.

An intriguing prospect, Probey mixes good size with a great movement. Along with being a mobile forward, he even has some floor spacing potential as a three point shooter.

A relentless slasher, Torrance is a quick guard that is always finding ways to get into the paint; At the rim, he finds even more ways to finish at the basket.

The strong framed guard from Kansas was a key part of a pair of wins for his team that we caught this weekend. He uses his strong frame to be physical when driving and defending but can also hit from deep.