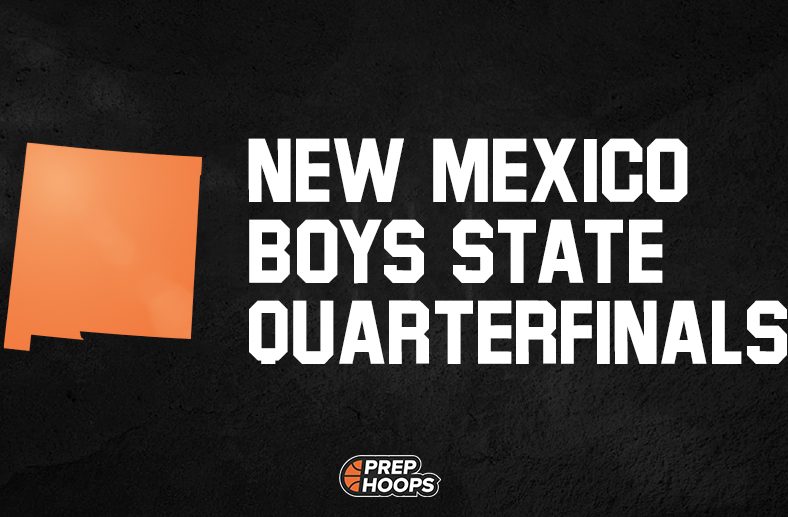 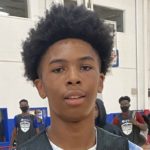 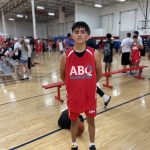 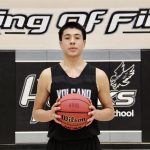 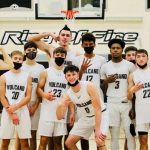 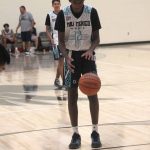 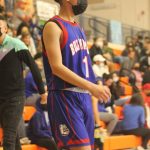 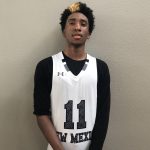 The New Mexico high school basketball state tournament started this past Saturday March 5th. With so much excitement throughout the state, there was several great performances that were displayed on the biggest stage of the season during the second round in the state Quarterfinals.

Exodus Ayers 6'2" | CG La Cueva | 2023 State NM set the tone from the start of the game vs Los Lunas in the 5A Quarterfinals. He controlled the offense and consistently made the right basket play the entire game. He finished with 14 points and got to the free throw line 9 times in the game. He converted an “And One” play and made a three pointer to keep the defense on their heels. La Cueva defeated #6 Los Lunas 66-49.

Shane Douma-Sanchez 6'0" | PG Del Norte | 2023 State NM led Del Norte to its second straight upset victory on the road vs #3 Espanola Valley. He set the tone by scoring 6 points off two three-pointers in the first quarter than exploded during the 3rd quarter when Del Norte blew the game wide open. He finished the game with 19 points and it was Del Norte’s defense that sparked their offense in the 3rd quarter. #11 Del Norte defeated #3 Espanola Valley 55-38 to advance to the 4A Semifinals Friday March 11th, vs Belen.

The #2 seed Volcano Vista defeated #10 Carlsbad in the 5A Quarterfinals in a blowout victory 69-29. Kaden Valdez

Kaden Valdez 5'11" | PG Volcano Vista | 2022 State NM led the way with 15 points after making four three-pointers in the first half alone. His shooting opened up plays for the rest of his teammates like Kenyon Aguino

Jaden Malone 6'3" | SG Volcano Vista | 2022 State NM . He is more than just a shooter who can also put the ball on the floor. He had a drive to the basket and finished the three point play at the free throw line. Volcano Vista will face #3 La Cueva Friday March 11th in the 5A Semifinals.

William Benjamin Jr. was in the zone early in this game and scored 15 of the teams first 20 points. Las Cruces defeated #9 Sandia 74-49 in the 5A Quarterfinals at home. William made two three-pointers in the game and finished with 23 points. He had an explosive dunk in the 2nd quarter that gave Las Cruces enough momentum to never look back. Las Cruces will face #5 Atrisco Heritage in the 5A Semifinals Friday March 11th.

David Cruz 5'9" | CG Las Cruces | 2024 State NM played a big role in the #1 seeded Las Cruces Bulldawgs advancing past the Sandia Matadors in the 5A Quarterfinals. David scored 12 points and made four three-pointers in the teams 74-49 win. Las Cruces will face #5 Atrisco Heritage in the 5A Semifinals Friday March 11th.

Cedarius Yates 6'3" | SF La Cueva | 2023 State NM led La Cueva in scoring during their 5A Quarterfinals match-up with #6 Los Lunas. Cedarius didn’t force any shots, he let the game come to him and when the opportunity presented itself, he was aggresive. He scored 16 points and has consistently been one of the best finishers around the rim all season. He is a great offensive rebounder that always gives his team extra possessions. After taking a hard foul during the game, he displayed his toughness by coming back to finish the game. La Cueva defeated #6 Los Lunas 66-49 and will face #2 Volcano Vista in the 5A Semifinals Friday March 11th.

Despite the playoff loss to #3 La Cueva during the 5A Quarterfinals, Jalin Holland

Jalin Holland 6'3" | SG Los Lunas | 2025 State NM left everything on the floor. Going against one of the top defenses in the state, he had a game high 24 points and made four three-pointers in that game. Despite the outcome, the freshman star kept battling until the very end and Los Lunas has a bright future with their star leading the way for the next few years.

Isaiah Carr 6'11" | C Las Cruces | 2022 State NM made his presence felt in the Las Cruces victory vs #9 Sandia in the 5A Quarterfinals. He posted 20 points and had a monster  double-double pulling rebounds off the glass. He was blocking shots defensively and was a force inside the paint with several dunks in this game. Las Cruces will face #5 Atrisco Heritage in the 5A Semifinals Friday March 11th.