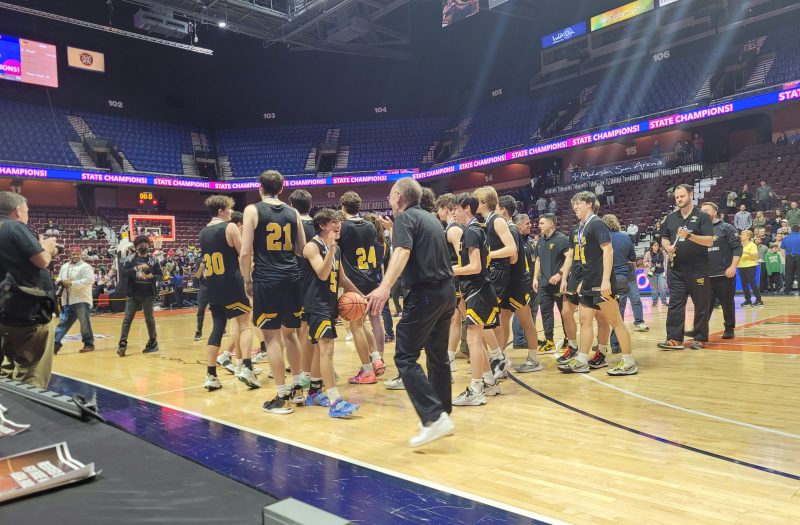 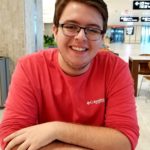 This year has been an incredibly rewarding one as I tackled my new responsibilities covering the great state of Connecticut and the New Haven area. I’ve made many new friends, seen a lot of new and familiar faces, and most importantly have watched a ton of really great basketball. The season’s worth of work these gentlemen and ladies put into these events culminated in a big time opportunity to capture a state championship in front of a crowd of people at Mohegan Sun Arena in Uncasville, CT. With high energy and a packed arena, these games left nothing to be desired.

Here are the standouts from the game between Daniel Hand and Kolbe Cathedral High:

Geremia came out white hot against Kolbe Cathedral, showing his toughness and grit by scoring Daniel Hand’s first two baskets. A young guard with an IQ far beyond his years, Geremia was the engine behind a dominant 17-point championship victory for Daniel Hand. Geremia has the ball on a string: his tight handle creates offensive opportunities for his teammates and himself. His shiftiness early shook the KC defense and led to some early basket runs to get Daniel Hand moving. On defense, he always knew where to be and generated 3 steals. His length and strength for his age makes him an immediate threat. Geremia has 3 more years to give to this program, and with an equally young core ready to help him out, I have no doubt they will be in a similar situation this time next year.

Chase’s big bro had it going on too in this game. With a double double of 15 points and 10 rebounds, Geremia was the reason this team was in it when they were. Geremia is a big guard who has the handling skills to get downhill and the strength to finish when he’s down there. His motor on the block was incredible and freed him up from the long Kolbe Cathedral defensive anchors. Geremia was simply relentless inside. Kolbe Cathedral had no answer for his ability to fight on the block, no matter who they sent at him. I can’t say more about Geremia other than he is a constant “goer” who refuses to quit on the offensive end. He’s a bucket getter who will prove to be huge for this team next year.

George was one of the only bright notes for Kolbe Cathedral in a brutally tough game against a very good Daniel Hand team. George had a really rough first half, but a second half burst gave him a game high 19 points and 5 steals. George’s steals and finishes were as a result of his freakishly long arms and athleticism. Disrupting the Daniel Hand offense was George’s forte, and he put it into effect and gave them a hellish second half. On offense, his length makes him really hard to stop around the basket. Whether he was going downhill, finishing a put back, or flying high for a dunk, it felt like George was always using his length around the basket to finish quick buckets. His efficiency and IQ need work, but as a sophomore, George has a legitimate chance at being one of the best prospects in Connecticut by the end of his career. It was a great effort, but too little too late for George in this one.