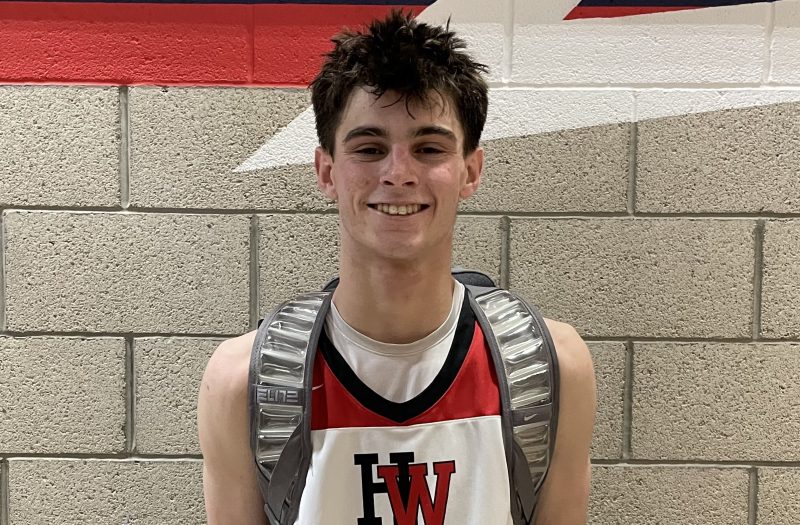 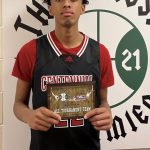 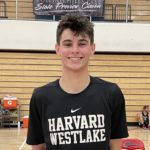 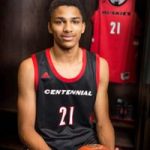 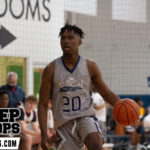 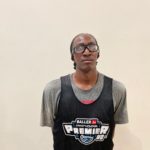 ONTARIO — The annual State Preview Classic hosted by Harvey Kitani had a co-host this year in Colony high school and coach Jerry DeFabiis. The always-loaded event had some of the top SoCal high school programs and prospects line it up for an eight game event. Below are the game results and first set of top performers from the junior class.

Devin Williams 6'10" | PF Corona Centennial | 2023 State #135 Nation was out with an ankle injury, leaving the 6-foot-6 McBride to deal with a Crean Lutheran front line that features 6-feet-8 and 6-feet-10. McBride, as he always does, handled the situation cooly, calmly and collectively as he scored 19 points and showed his defensive versatility defending players both inside and out.

Devin Williams 6'10" | PF Corona Centennial | 2023 State #135 Nation was out with an ankle injury, leaving the 6-foot-6 McBride to deal with a Crean Lutheran front line that features 6-feet-8 and 6-feet-10. McBride, as he always does, handled the situation cooly, calmly and collectively as he scored 19 points and showed his defensive versatility defending players both inside and out. Brady Dunlap

Brady Dunlap 6'7" | SF Harvard-Westlake | 2023 State #90 Nation , Harvard-Westlake - Dunlap is a regular to the "top performers list" in just about any event he participates in. Listed at 6-feet-8, the sharpshooting junior has one of the prettiest shooting forms in the state, if not the country, and knows how to move without the ball to get an open look, but can also knock down a mid-range jumper off the dribble. Dunlap, who scored 22 points in a win over Birmingham, has done plenty to prove he’s a top 2023 prospect in the country. Brandin Dantzler, St. Francis - Dantzler isn’t the "big name" type of player you see on top performers lists, but his defense, rebounding and overall energy on the court helped St. Francis to a 64-60 victory over Long Beach Poly. The 6-foot-3 junior is a ball of energy on both ends of the floor, leading to offensive and defensive rebounds, rim-runs and finishes, and plays that spark energy throughout his teammates. Dantzler isn’t a featured offensive player for the Golden Knights, but his willingness to do the dirty work frees up the skill guys to create offense. Dennis Evans

Dennis Evans 6'10" | C Riverside Hillcrest | 2023 , Hillcrest - The key term we hear from most spectators when they see Evans for the first time in a long time is "he’s getting better." That’s definitely the case with the 7-foot-1 left-handed junior out of Riverside. Evans, as you’d expect with his size and length, is an elite level shot blocker and rim protector. He has great instincts when timing and blocking shots and rarely leaves his feet when a guard or forward penetrates and tries to get him off the ground with a shot fake. Evans’ biggest improvements have come offensively and with his conditioning. Evans is a post touch threat and is starting to stretch the floor to the three-point line. Denzel Hines

Denzel Hines 6'6" | PF Colony | 2023 State , Colony - People are continuing to catch on at how productive Hines is as a high school player, but also the amount of upside he has left in his game. The 6-foot-6 forward is of the "power" variety because of his strong frame and willingness to be a physical inside player, but he’s starting to add some perimeter game into his arsenal. Hines has shown us over the last few times we’ve seen him that he can make catch and shoot perimeter jumpers in addition to a consistent stroke at the free throw line.