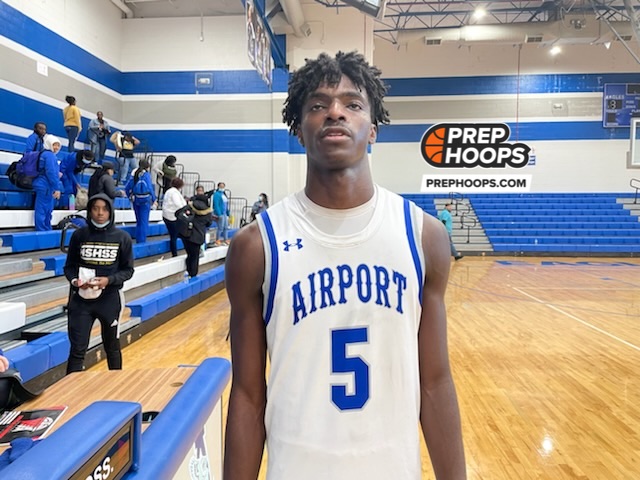 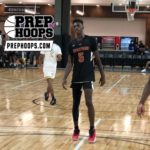 The boys basketball teams at both Silver Bluff HS and Airport HS have had their fair share of struggles this season. On Saturday afternoon, it was the homestanding Eagles who found its way into the win column by defeating the Bulldogs by a final of 50-33.

The two teams also met up earlier in the season in the former part of December on the Bulldogs’ home court.

Prep Hoops was on site at Airport HS for Saturday afternoon’s non-region contest that pitted the 2A Bulldogs against the 4A Eagles. Here are some notable details from the day’s play.

Coach Robert Davis’ (in his first season at the helm) Airport team had no problems playing defense in the second quarter. The Eagles had a 15-8 advantage after one quarter of play, but that ballooned to a 21-point gap as Airport held Silver Bluff to only two points in the second quarter to go ahead by a score of 31-10.

Jeremiah Harris 6'4" | SF Airport | 2022 State SC had more points at the break than the entire Bulldogs team did. Harris scored 14 at the midway point.

About that earlier matchup…

When these two teams got together at Silver Bluff HS, the closing result was a bit more lopsided and there was a lot more offense that was displayed.

The Eagles thrashed the Bulldogs with the final being 84-47 on December 6. It was the second win of the season, at the time, for Airport as they had earned a 56-55 win over Swansea towards the end of November. Silver Bluff was coming off a victory with the final being 55-47 at the beginning of December – also at the expense of Swansea.

A Bit of History …

These two teams have played each other twice this season, but they also met up once in 2007 right before Christmas.

The Eagles, coached by Jimmy Kinard (Airport’s all-time winningest coach) at the time, also got the better of the Bulldogs in that contest – a 62-56 victory. Silver Bluff was still a 2A school while Airport was competing in the 3A ranks at the time.

The aforementioned Harris was the leading scorer for the Eagles with his 23 points – which also led all scorers for the game. Among those 23 were five made free throws. He used his 6-foot-5 height to his advantage, made tough shots, rebounded and made a number of plays near the basket.

DesJuan McCorckle (2024) paced Silver Bluff with 11 points. He too made plenty of plays near the basket, went for (and got) rebounds and also did defensive work as a shot blocker. McCorckle is listed at 5-foot-10 and also is part of the football team at Silver Bluff.

Both Silver Bluff and Airport will be in action next on Tuesday. Both teams will also return home for region contests. The Bulldogs will welcome Pelion to town while Airport will welcome the Thoroughbreds of South Aiken to West Columbia.