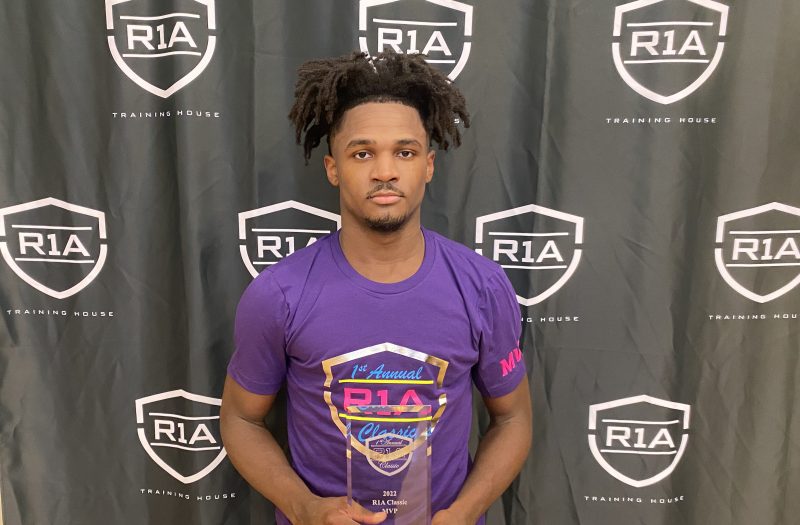 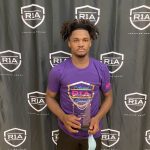 The R1A Classic took place over the weekend at Harford Community College in Bel Air, Maryland. Among the loaded field of teams was the Patrick School (NJ) and on Saturday, 2022 point guard Dionte Johnson

Dionte Johnson 6'0" | PG Patrick School | 2022 State NJ helped lead the Celtics to a dominant win over the Academy of the New Church 58-37. The 5’11 lead guard led his team with a respectable stat line of 21 points, eight rebounds and six assists in the effort.

“We have a lot of new talent on the team this year,” Johnson told Prep Hoops following the win. “We’re just looking to continue to build on both sides of the ball. Last year we were a top team in Jersey and this year we’re still looking to be that even though we may not have the same talent. Just looking to play hard no matter who our opponent is.”

Johnson made it a habit of getting downhill in their matchup Saturday afternoon both in transition and in a half court setting. Either way, he made routine visits to the paint where he had an array of finishes at the rim and over a handful of dump off passes to fellow bigs hanging along the dunker’s spot on the baseline.

Johnson went just 1-of-4 from three, but his shot mechanics were solid and he let it go with confidence. When he wasn’t spotting up beyond the arc, he was breaking down his defender off the dribble and creating space for jumpers in the 15-to-17 foot range.

“I feel like my jumper has improved a lot,” Johnson said when reflecting on his game over the last six months. “I worked on that a lot this summer with my trainer and throughout AAU. Just stressed getting a lot of shots up every day 3-or-4 times a day.”

Johnson played for the New York Wiz Kids for AAU and continued to give the coaching staff credit for his overall development.

Johnson holds offer from Coastal Carolina and Robert Morris. Oregon State and Quinnipiac have both shown interest, but have yet to pull the trigger. Johnson intends on setting up a visit with Coastal Carolina in the near future.

What can a college program expect to get with Johnson?

“Most definitely the will get a guard who can play on both sides of the ball,” Johnson continued, “I’m big on defense. That’s how it always was for me growing up. Growing up, my AAU coach didn’t play no games. I was forced to stop the ball and stop my man every possession possible.”

@diontejohnson9 has been on a tear since receiving the keys to the machine at TPS @tps_hsbb . Show em what you got pic.twitter.com/7yMBRt2dBE